Why is Russia Today largely unsympathetic to Muslims in western countries?

I don't read much Russia Today, but some of its articles aren't very sympathetic to Muslims living in western countries. (There may be better examples, but this article cites Breitbart and is roughly 50-50 pro/anti Muslim refugees)

Why doesn't RT see Muslims as a potential fifth column likely to be able to help Russia, or portray them as a minority being abused for no good reason by western governments?

First of all, you need to understand that in Russia we have plenty of our own Muslims. The most notorious regions dominated by Islam are in the North Caucasian Federal District (Chechnya, Ingushetia, Dagestan), and Tatarstan. These regions are each unique, and their Islam is very different to the Islam often practiced in the west. Russia has a complicated history with these regions. So, let me give you a brief overview.

First of all, I need to mention that Tatarstan is the spiritual successor state of the Tatar-Mongol 'yoke', which long ago Russia was actually part of. These Muslims were never part of the Ummah, and were isolated from the rest of the Muslim world. They established complex relationships with their non-Muslim neighbours, and didn't enforce Islam... so they have always been unconcerned with the plight of Muslims in other lands.

The North Caucasus is extremely different. Islam was introduced to the region only a century or two ago. Back then life revolved around clans who created alliances via blood ties or 'taips' (a sort of clan). A new branch of Islam was introduced: Sufism. Sufism is distinct from all other Islamic sects since it replicates Caucasian clan structures - all Sufi muslims belong to specific 'tarricat' composed of 'vird'. Sufis revere their saints; who were real people who lived just 150-200 years ago. Until the 1990s Caucasian Islam was Sufi Islam, and they didn't think themselves in any way different from other Muslims.

Now, keep in mind that Russia fought the First and Second Chechen War in the 1990s. Originally Chechen separatists wanted their own country, not because of Islam, but for nationalist reasons. Russia didn't want to let Chechnya leave our federation, and so the war began. At some point Chechen separatists remembered that they are, technically, Muslims, and called on the Islamic world for help. This led to the arrival of mujahedeen from Pakistan, Saudi Arabia, Afghanistan, etc, who fought against the Russian army.

The problem was that these foreign fighters were Salafist fanatics. For them Sufis were heretics who deserved death. They introduced foreign terrorist tactics which were unthinkable for the people of the Caucuses; like torture, and using women and children as suicide bombers.

They also helped young Chechens to visit centers of 'real' Islamic thought in places like Saudi Arabia to teach them 'true Islam'. When these young Chechens returned it created conflicts within their families; explaining why at one point in the war almost half of Chechen separatists changed sides. They dismissed the idea of independence and allied with the Russian army to wipe out the Salafists and their allies. As a result the Caucasus remains mostly Sufi. Most of those who converted to Salafism or other 'traditional' sects actually left Russia as refugees for Europe or the USA. For example, if I recall correctly, Dzhokhar and Tamerlan Tsarnaev, the Boston Marathon bombers in the USA - were from a Salafist family.

With all that in mind you should understand that:

So now you can see why Muslims are not popular in Russia. And it has nothing to do with 'propaganda' or whatever.

The head of Russia Today is Margarita Simonyan, an Armenian. She is not very sympathetic to Muslims, she said in the interviews that she thinks Europe should keep Christian character and empathized the demographic threat.

Additionally, xenophobia is currently a common view in Russia shared by the majority of ethnic Russians. All political parties (including the Communists and the opposition) are currently xenophobic. Actually I think this undermines the prospects of future Russian unity as a state, but most Russians think it is the demography that undermines it.

While to us the RT position might seem unusual and different, in a larger picture it is actually our western media that is not representative of the whole.

Russian, Indian, Chinese and people in those parts of Africa that are not muslim tend to have a generally dim view of Muslims. A quote from the chinese wife of a friend of mine: "Everyone knows these people bring nothing but trouble everywhere in the world."

Russians in particular have reasons of xenophobia as well as history for this. Especially in the recent history of Russia, Muslims have left an almost exclusively negative trace. Here in Europe an islamist terror attack with 10 victims is headline news. Try 300 and all of them children, then you have a feeling for what happened in Russia within living memory. (https://en.wikipedia.org/wiki/Beslan_school_siege).

Europe after WW2 has developed a largely peaceful culture based on cooperation, compromise and mutual understanding. This was not an accident, but intentional political program, instituted after the war to ensure there would be no third one. With WW2 happening within one generation of WW1, that fear was not without reason.

Both Russia and the Muslim world had no such development. They are based more on a culture of strength and domination. It is more easy for them to clash, and while Europeans are fast to point out that most Muslims are peaceful whenever another terror attack hits, Russian are much faster to blame them as a whole.

RT represents a Russian perspective, and to a large share to a Russian audience. As such, they speak the language and concepts of Russia, including prejudices and values. To the typical Russian, Muslims are dirty, smelly people, difficult, shady and untrustworthy.

And the typical Russian is by far not alone with that view. It is us Westeners who stand out with a general view of acceptance and respect for multiple perspectives and an assumption of innocence. Many other parts of the world view us as naive in this regard, and they might have a point - in Germany within the past few months, three young girls were killed by knife by young Muslim refugees. The German press and politics dances around the obvious similarities of these cases in such a way that it isn't far from satire. All for a fear of using words that also apply to many innocent people. Nowhere else in the world would this happen, and especially not in Russia.

So what you see in RT is the cultural context of another culture with a different view on things.

„To attract people, to win over people to that which I have realised as being true, that is called propaganda. In the beginning there is the understanding, this understanding uses propaganda as a tool to find those men, that shall turn understanding into politics.“
— Speech by Joseph Goebbels on 9 January 1928

This question seems to be about understanding how Russian propaganda works. One may ask themselves, why propaganda is pro- or anti-something, but this seems to be a wrong approach. What really matters is the final goal. In other words, what they want you to do after watching the propaganda.

Considering Muslim migrants in Europe, the Russian propaganda attempts to inflame social unrest in European countries. Here's why and how:

One should understand that xenophobic materials in Russian media is not a normal newsmaking. Normally, some event occurs, and the media informs about it. In Russian propaganda, they create fake materials, interview fake witnesses and publish it in Europe to inflame social unrest.

This fake story seems to be a vivid one:

Evil Muslim migrants rape a 13-year old Russian girl in Berlin, Germany. That was the lead story of Russia’s Channel 1 on January 16th. Apparently, the immigrants abducted the poor girl of Russian origin on January 11th and kept her in an apartment, where she was repeatedly raped. Sensitive to the victim, the story focuses on the victim’s aunt and uncle as witnesses.

Berlin’s police said in a statement this never happened.

However, the goal was accomplished: Germans went on streets protesting against the immigrants. 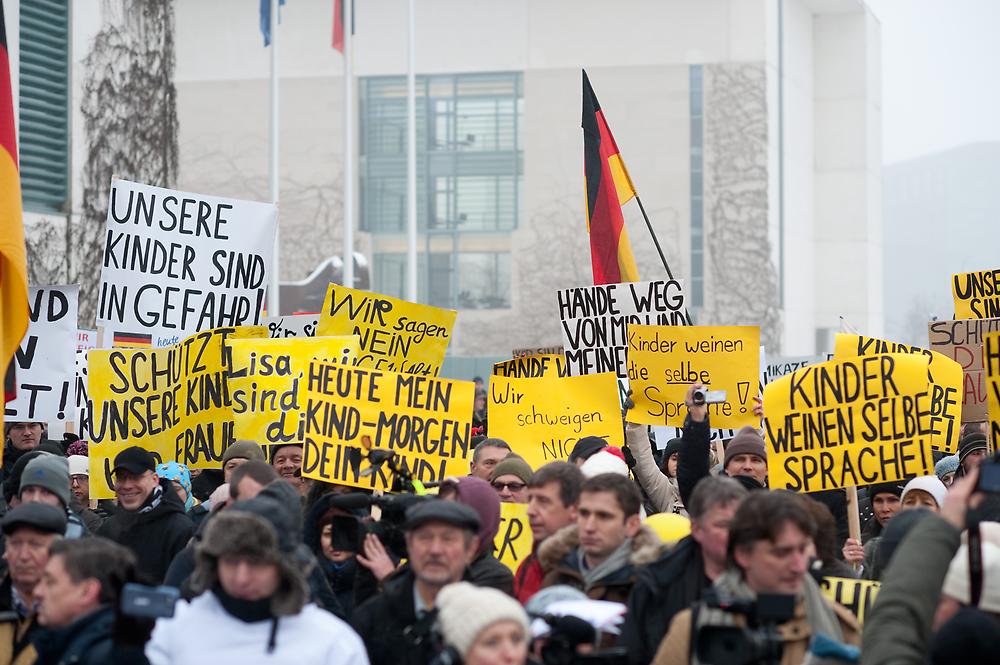 Not the answer you're looking for? Browse other questions tagged russian-federation religion media .

63
"Terrorism has no religion." Why don't Moderate Muslims restrain their Radical counterparts?
33
Why and since when did Russia stop integrating itself into the Western community?
12
Why does Russia have such a small debt (debt to GDP ratio) compared to the vast majority of Western countries?
12
Why did the US force Russia Today to register as a foreign agent? How does it benefit the US?
55
Why didn't Western countries boycott the 2018 World Cup?
12
What is the current official view of Lenin and Stalin in Russia today?
18
How do Russians [especially Russian Muslims] understand Putin's disapproval of 'multiculturalism'?
31
Have the US and Russia (or USSR before it) co-vetoed a UN resolution before today?
6
Are there precedents in other countries for Australia's mass newspaper protest today?