Japanese Prime Minister has indicated that he doesn't have any plans to visit Pearl Harbor in reciprocation for Obama's visit to Hiroshima.

The Daily Mail in a 2009 article says that Lower house speaker Yohei Kono was the highest-ranking government member to do so, and reports that the Emperor planned to visit it, and the 1994 article Emperor Visits Site Near Pearl Harbor mentions that the Emperor visited a place near it.

There have been several less public visits to the historic naval base: 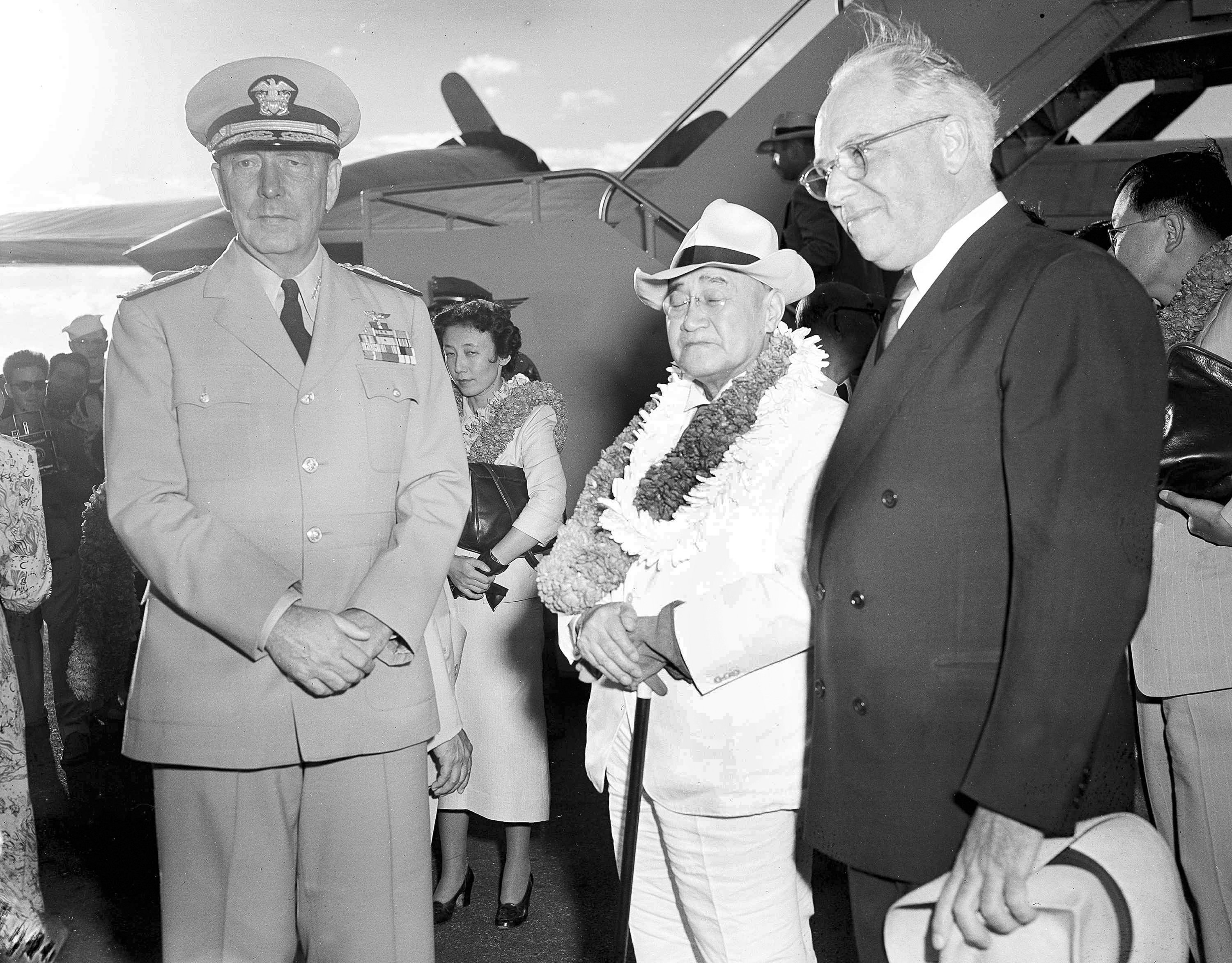 "Japanese Leader’s Pearl Harbor Visit May Not Be a First, After All", New York Times:

Prime Minister Shigeru Yoshida stopped in Hawaii in 1951 on his way home to Tokyo from San Francisco, where he had signed a treaty to normalize relations between Japan and most of the victorious Allies of World War II.

During his brief time on the island of Oahu, he paid a formal visit to the National Memorial Cemetery of the Pacific, a mountaintop shrine dedicated to American war dead, and, it now appears, made a less public stop at Pearl Harbor.

A search of Japanese newspaper archives turned up a 1951 dispatch from the daily Yomiuri Shimbun. The newspaper reported that the premier had indeed gone to the American naval base at Pearl Harbor.

No ceremonies or other public events appear to have taken place while Mr. Yoshida was at the base. Hatoyama at Pearl Harbor, taken from a Hawaii Hochi article in Oct. 30, 1956. From the Yomiuri Shinbun. The Hawaii Hochi, a local Japanese-language daily, said Thursday that its past reports show then Prime Ministers Ichiro Hatoyama and Nobusuke Kishi visited Pearl Harbor in 1956 and 1957, respectively.

Hatoyama visited Honolulu in October 1956 after he signed the Japan-Soviet joint declaration in Moscow.

Kishi stayed in Honolulu two nights in June 1957 after a meeting with then U.S. President Dwight Eisenhower, according to the past reports. The visits by Hatoyama and Kishi are believed to be official ones, as they received ceremonial welcomes, including gun salutes, according to the Hawaii Hochi. 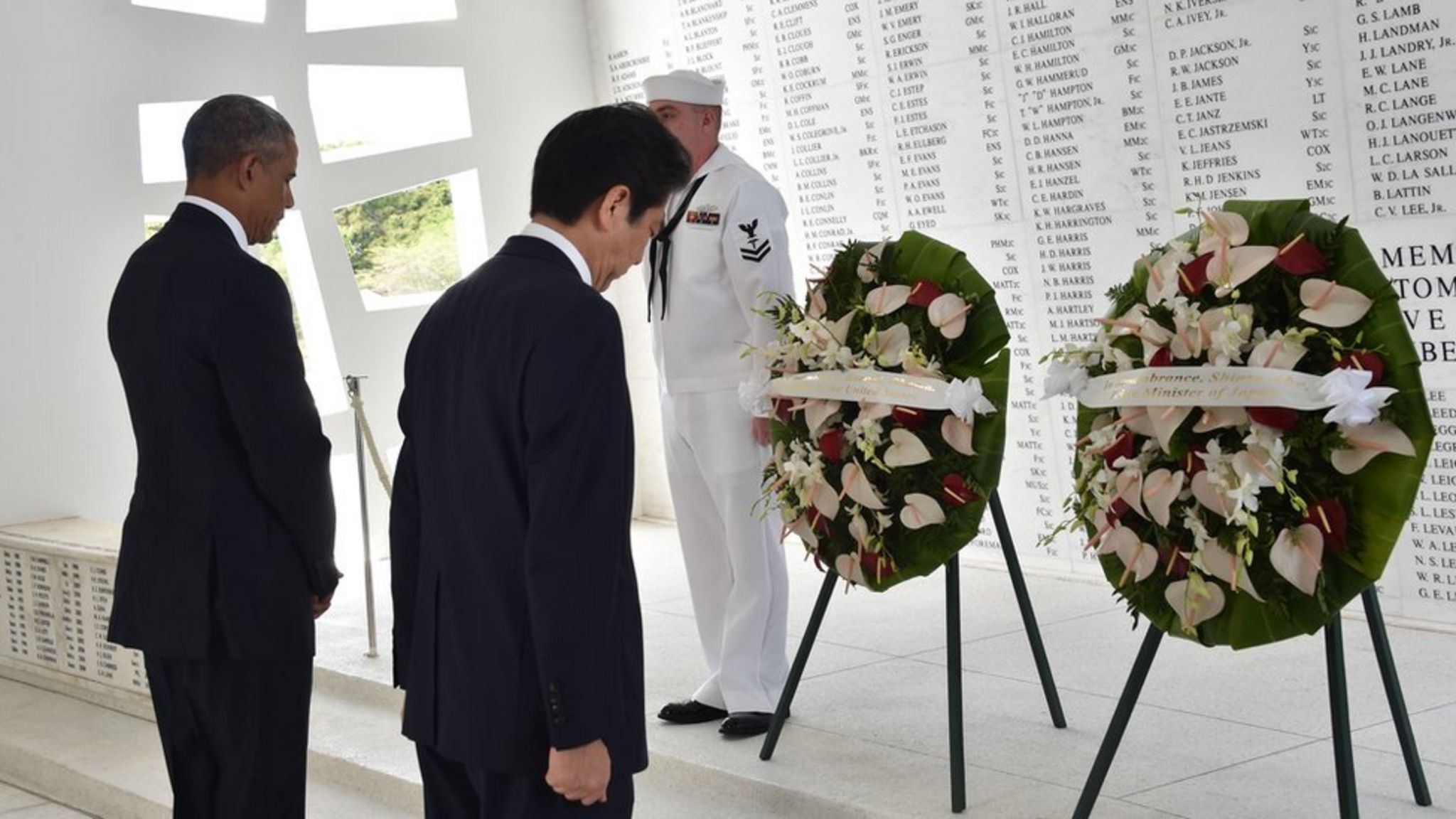 Japanese PM Shinzo Abe has visited the US naval base at Pearl Harbor, where he offered "sincere and everlasting condolences" to the victims of Japan's attack on the base 75 years ago.

Mr Abe was accompanied by US President Barack Obama, making the visit the first by the leaders of both countries.

The Pompitous makes a note that other Japanese officials may have visited Pearl Harbor unofficially. This would include Yoshida's. In addition, there may be other visits which I will have missed and that have only been covered by local or Japanese newspapers.

This answer will change as future Japanese officials may choose to visit Pearl Harbor, so this list isn't final.

As long as we restrict the information to official visits, the answer is: 0.

Emperor Akihito was supposed to be the first member of the Imperial Family to visit Pearl Harbor in 2009, but ultimately did not, instead laying a wreath at the National Memorial Cemetery of the Pacific which commemorates WWI, WWII, Korea and Vietnam. Notably, he is the son of the emperor who ruled Japan during the attack on Pearl Harbor.

It is likely impossible to know if any members of government have done so in an unofficial capacity—such as on vacation—since there would be no record of that, anywhere we would have access to it.

Not the answer you're looking for? Browse other questions tagged united-states japan world-war-ii .

1
What can congress members legally do for organizations/individuals who have donated to them?
8
In the UK there are 'shadow' government members -- what is their function
8
Have members of congress ever previously boycotted a U.S. president-elect's inauguration?
7
What does DACA have to do with the government shutdown?
0
What evidence does Turkey's government have on Andrew Brunson?
8
Have members of Congress missed a paycheck during this shutdown?
7
What powers, if any, does the US federal government have to introduce coronavirus restrictions?
8
What is the stance of the current Japanese government on conversion therapy and why?
41
Does the Japanese government not have the authority to cancel the Olympics?