Ask Question
Asked 4 years, 10 months ago
Active 3 years, 8 months ago
Viewed 977 times
3
Closed. This question is opinion-based. It is not currently accepting answers.

If Scotland votes to break away from the United Kingdom, which seems more likely after the Brexit vote, what will happen to the Union flag? I don't think many people would like to see the lack of blue (apart from Scots) in a new flag, as red, white and blue is almost everyone in the UK. For example the Red Arrows fly past smoke to name one. What else would change if the Scots broke away like this?

To start with, the union flag could not be how it is now. It'd be decidedly less blue. Maybe some green or perhaps even a dragon from Wales somewhere.

The Union is between Scotland and England. Wales was never an equal partner (an English province historically; technically a principality not a kingdom), and as the official title says: "The United Kingdom of Great Britain and Northern Ireland"... the latter isn't involved in the union between the two kingdoms. Though unionism between Northern Ireland and the UK is its own subject.

It looks almost certain that Scotland will have a new referendum on independence, and win it. Nicola Sturgeon announced a few hours ago that Scotland will consider all options to preserve EU membership, as 62% of Scots voted stay, and 53% of English voted to leave. Scotland's last independence referendum failed largely because of anxiety over whether Scotland could re-enter the EU. The EU threatened to block Scotland's re-entry, Spain specifically; saying it'd veto membership (in order to keep its own provinces like Catalonia and Basque in line). But if Scottish independence would get them into the EU, this would very likely succeed.

This will have enormous consequences. Markets hate uncertainty, which is why today the FTSE and pound fell more than they have in years. The union has existed for three centuries, and everything would have to be divided. Technically not the monarchy (the unions of crowns isn't exactly the union of parliaments), but absolutely all other political and economic concerns.

This is a logistical nightmare for even the most competent of administrators. There's a huge quantity of paperwork and new documents and rebranding that will need issued; everything from the logos on civil service documents, to new passport designs, moving official records about, new tax systems and rates, etc.

That however isn't necessarily the most interesting problem. The most obvious international issue is that, as the UK would cease to exist, it would fall out of groups like the UN Security Council. England on its own could not replace the former UK. And part of that is owing to other security concerns. An independent Scotland would be a nuclear free zone, and so it would no longer base England's nuclear submarine fleet, and the Navy has concluded that there is nowhere else it could put them. England may not be able to have a nuclear deterrent at all if it can't find somewhere to house it. Its military and economic capabilities would be less than that of the UK at any rate, after the military is split. England's role as a major power would undoubtedly be questioned in this case, especially if it loses nuclear capabilities.

There's another serious consequence on the horizon post independence: the reunification of Ireland. Martin McGuinness has already started aiming the province towards a vote on reunification. Northern Ireland's population is split between catholics and protestants; the terms usually being tribal rather than theological. Unfortunately for Sinn Fein only a minority of irish catholics are republicans keen for a united Ireland, the rest have been pragmatic. But that pragmatism may manifest in a vote for reunification to remain part of the EU: which offers generous subsidy to the province already. If that happened however it would likely ignite a wave of loyalist terrorism against unification.

The bottom line is that Scottish independence is now likely, and will have serious political, economic, and social consequences for all involved. While the nations may benefit from this new course individually, none of them will be a serious player internationally ever again. Especially with a eurosceptic England that can't find a home for its nuclear deterrent.

TL;DR: it wasn't discussed at the time of the Scottish Independence vote in 2014.

Some sample designs are shown below: 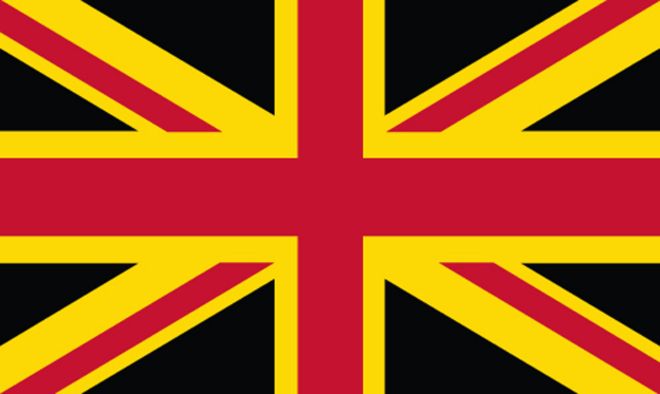 The first design strips out the blue field of the Scottish flag, replacing it with black, and sees the white bands turn a shade of yellow - intended to honour the flag of Wales' patron saint, St David (a yellow cross on a black field). 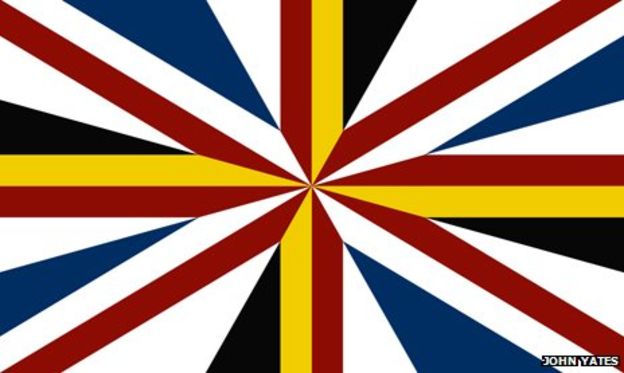 The above is a more modern interpretation of the design, including the colours of St David's flag and retaining the Scottish blue - to reflect the fact that Scotland would continue to share the British monarchy. 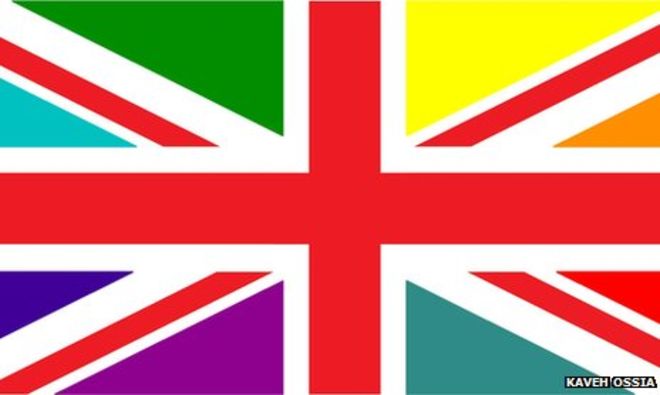 Kaveh Ossia's flag was a nod to multiculturalism. "The different colours indicate the many possibilities and beauties this country has to offer, multi-culturality and diversity in the country," Ossia says. 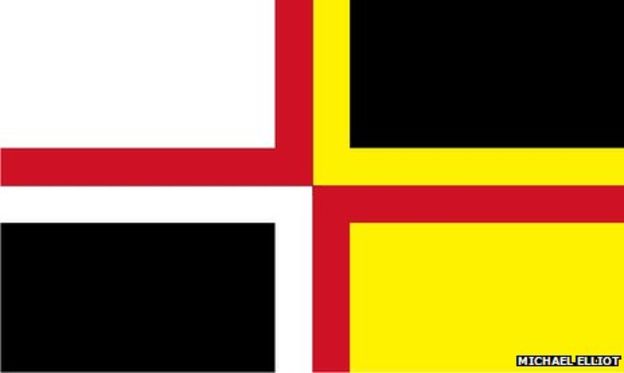 Michael Elliot, from Edinburgh, went for a completely new pattern and something that recognised Cornwall as a nation."My design for a new post-independent Scotland union flag is made up of quarters of the flags of (in clockwise order from top left) England, St David (for Wales), Ulster and Cornwall. Each has an equal share of the flag, reflecting that each constituent nation are equal partners in the Union."

But there may be no change at all

Now, the prospect of Scotland leaving the United Kingdom throws open the question again. It's already been suggested by the College of Arms that with the Queen still head of state of an independent Scotland there would be no need for a redesign. But there is still the possibility of renewed debate.

Not the answer you're looking for? Browse other questions tagged united-kingdom brexit independence scotland symbols .