The US Navy has a number of ships near Iran and seems to be "interacting" with the Iranian Navy on a regular basis. Reports typically describe scenarios in which a larger US ship is "swarmed" by Iranian fast attack craft. The latest report I read involving the USS Firebolt (PC-10) and a gaggle of Iranian craft stated that the Firebolt took evasive action to avoid an Iranian boat that had intentionally positioned itself in front of the larger US vessel.

Assuming that the major (generally credible) news outlets are accurately reporting the Firebolt's position in international waters, why would a large ship not just plow through (or glance off of) the smaller craft? Given that the Iranian Navy appears to be intercepting foreign ships outside of national waters, why does a more powerful navy tolerate such behavior? The US could clear the sea of these craft but that would be an overt act of aggression/war whereas a collision at sea is more of an "accident."

Is a little damage to a minor US ship worth the message sent to the Iranian Navy and have such "messages" been sent before?

The incident happend in or close to the Strait of Hormuz. Here is a map of it: 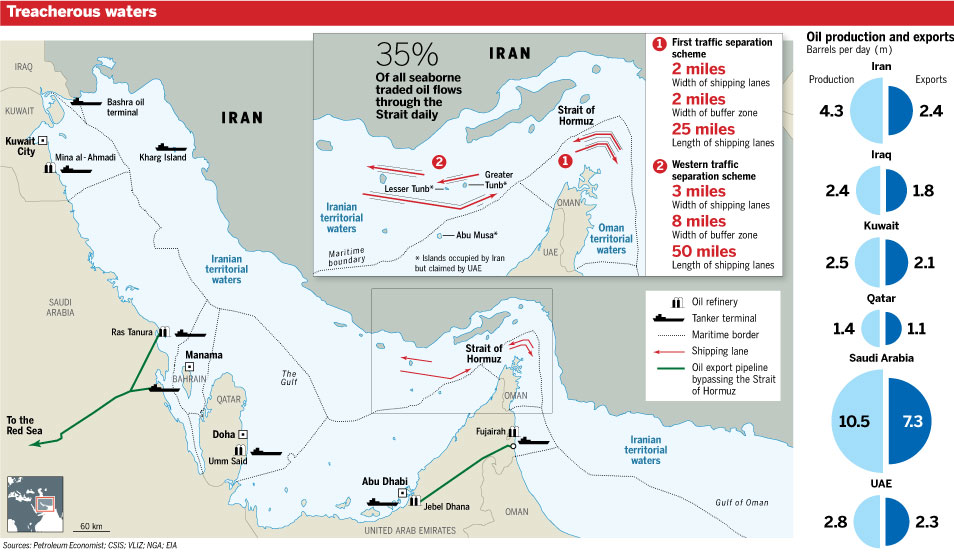 As you can see, there is only a narrow bend in which ships can pass without stepping into Iranian territorial waters. Therefore it is far from certain that these indicents happen in international waters. The US says so, Iran denies it. So unless either side has revealed the gps coordinates of the site where the incident took place it is word against word.

Then there are various conventions applicable to life at sea. Most of them can be summarized with: Don't be a dick. The Iranias are dicks by harassing the US navy, but the Americans doesn't have to reciprocate.

has an obligation to render assistance to those in distress at sea without regard to their nationality, status or the circumstances in which they are found

So the ships would collide and the Iranian vessel would sink and the American sailors would then be obliged to rescue the Iranians.

Regarding your comment about nervousness and carelessness, see this video of sailors goofing off: https://www.youtube.com/watch?v=bYFMZ_wuqXI They have decades of experience so doing stuff like that is trivial for them. So the behaviour of the Iranian navy is a nuisance but it is not endangering human life. Therefore the US navy is doing (in my opinion) the right thing by not escalating the situation.

First of all: I dont see an evidence that shows it's happen in international waters.
It is not the gentility of US Navy that it dosent respond to Iran. US, if can, even attack passenger flights; as it did at the same point that these days Iran-US navy have problems; (and then awarded the navy commander that killed 290 civilian!)
So why US navy tolerate? To answer this question we should consider why US navy is in Persian golf? why Iran dont want see US navy is in Persian golf?
There are some dictators in the region that are US allies, e.g Bahrain. US Fifth Fleet is there. People of Bahrain dont want the dictator (and US navy). presence of US navy has a message to the people of Bahrain:" US support the king". Iran acts in favor of people against king. So Iran humiliates US navy and sends another message to the people of Bahrain:" dont afraid of US". Now US find itself in a dilemma: 1- doing what it does now. 2- The clash. US (at least Obama administration) dont want the 2nd since: 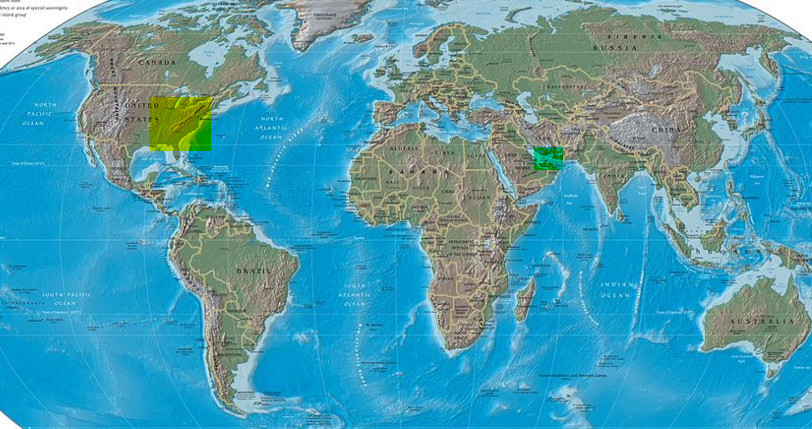 - If US can not gain a decisive victory it shall see its allies (Arab dictators) in danger. (US preferes pro-US dictators not democratic pro-Iran governments in Bahrain, Yemen,... )

1
Are the resolutions against the Iran missile program legal?
2
Is passing extension of sanctions on Iran against JCPOA?
9
What is the fundamental problem with US-Iran relations nowadays?
4
Iran relationship with Israel
2
What is the matter with Iran and Israel?
24
Can Iran sue US for the coup or its results?
3
Why is there always a tension between Saudi Arabia and Iran?
2
How can U.N. or other international bodies stop a naval/land based blockade which might cause humanitarian crisis?
30
Why is Japan trying to have a better relationship with Iran?
3
How come Turkey and Iran are good friends despite Turkey having substantial Sunni population?