Is the borderline between DPRK and Russia anyhow protected?

Is there anything that doesn't allow the people of DPRK to cross the North Korea-Russian border?

The border line between Russia and DPRK is very short and goes by the fairway of river Tumannaya (Tumangan). There's only one bridge with a railroad. No passengers, only goods trains. 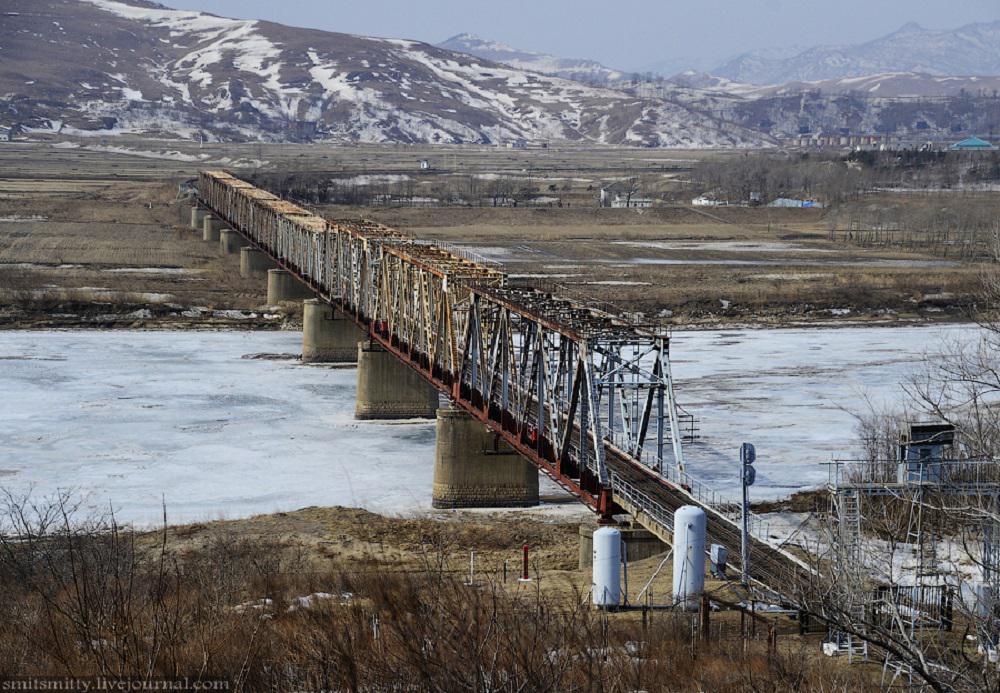 On the Russian side there are a lake, a village and a border post named Khasan. By the way, in 1938 that place was an area of conflict between the Soviet Union and Japan, see Battle of Lake Khasan.

This is a short Russian TV material about Khasan border post. The soldiers say that the Koreans trespass the border quite often, because they practice illegal fishing and such. But they see it rather like a routine work.

UPD. As @gerrit noted, in the last couple of years the situation with passenger trains was changed. So now we have a passenger train Moscow-Pyongyang.

They can cross the border but why? Russia does not accept illegal immigrants, and it is usual practice in the world, the only exceptions in the world where immigrants were welcome are possibly East-West Germany border and South-North Korea border.

Besides, why even they would want to make it to Russia? The Russian areas in the Far East are underdeveloped, and have poor infrastructure, they would not find good job etc. There is no reason to move to Russia.

Not the answer you're looking for? Browse other questions tagged russian-federation international-relations north-korea borders .

10
Russian government warned North Korea about the use of legal force against their nuclear threats. What is the general procedure in that case?
8
What mechanisms exist for Korean-Chinese to leave Korea and return to China?
19
Why doesn't PRC help install a new leadership or stage a coup to preserve DPRK — or even take it over altogether before the US does?
11
Why would China object to a US-friendly Korea on their border?
10
Which part of the Korean border is off-limits to North Korean soldiers?
6
What's the relationship between North Korea and Russia?
42
Is it accurate to compare the nuclearization of North Korea with that of Pakistan and India? Why or why not?
6
What might Russia gain from a false-flag hack on the Olympics?
7
Paektu / Changbai border dispute — why does the BBC shade a large area around the mountain?