What are real-world examples of the "Slippery Slope"?

The "slippery slope" is an argument, considered by some as legitimate, and others as imaginary, that suggests once a law or attitude sets a precedent, it will more easily/ inevitably be corrupted or abused.

Are there any good examples of this occurring? We are all suspicious of human nature to some extent, and with good reason, but I'm looking for some indisputable cases of a "slippery slope" argument being validated, preferably in a spectacular sort of way.

Something like this, but maybe more concrete with some inarguable statistics?

There are non-fallacious uses of the term. E.g. "The Slippery Slope: How Small Ethical Transgressions Pave the Way for Larger Future Transgressions" gives some experimental examples:

Many recent corporate scandals have been described as resulting from a slippery slope in which a series of small infractions gradually increased over time (e.g., McLean & Elkind, 2003). However, behavioral ethics research has rarely considered how unethical behavior unfolds over time. In this study, we draw on theories of self-regulation to examine whether individuals engage in a slippery slope of increasingly unethical behavior. First, we extend Bandura’s (1991, 1999) social-cognitive theory by demonstrating how the mechanism of moral disengagement can reduce ethicality over a series of gradually increasing indiscretions. Second, we draw from recent research connecting regulatory focus theory and behavioral ethics (Gino & Margolis, 2011) to demonstrate that inducing a prevention focus moderates this mediated relationship by reducing one’s propensity to slide down the slippery slope. We find support for the developed model across 4 multiround studies.

In its introduction section the paper also discusses some anecdotal examples.

Fiction writer Quentin Rowan described a descent into gradually increasing unethicality as he plagiarized from other sources over a period of years (Cowan & Carras, 2012). Rowan began by replacing words in his manuscripts with more sophisticated synonyms from SAT preparation books. By the time he was caught several years later, he was publishing articles and books that included dozens of pages copied directly from other sources. Similarly, several major corporate scandals have been described as starting small and increasing over time. For example, according to McLean and Elkind (2003, p. 132), “the Enron scandal grew out of a steady accumulation of habits and values and actions that began years before and finally spiraled out of control.” Bernard Madoff’s Ponzi scheme (Kirchner, 2010), rogue trading at UBS (Secker, 2011), and phone hacking at the News of the World (McGuire, 2012) have been described in similar terms.

And the paper has 4 experiments proving its point that people are inclined for this kind of ethical slippery slope. Of course such experiments aren't usually going to be famous. What you're asking is a retrofitting of theory to prior events that weren't controlled. Interestingly however, the authors do discuss the Milgram experiment (which is famous) in these "slippery slope" terms

The well-known work of Milgram (1974) also suggests the possibility of a slippery-slope effect. Across a series of infamous experiments, Milgram found that average people would administer a seemingly lethal shock to another human being (a confederate) when the directive came from a reputable authority figure. Although Milgram’s main conclusion related to obedience to authority, it is notable that in these experiments the voltage of the administered shock was gradually increased over time. Some have speculated that a “feature of the situation Milgram created that most likely contributed to the high rates of obedience was the incremental nature of the task” (Burger, 2009, p. 3). Our theorizing suggests that if Milgram had abruptly increased the voltage from a minor shock to a life-threatening jolt, rather than following a more gradual trajectory, many more participants would have resisted this act. However, because Milgram ran only conditions with gradually increasing shocks and did not consider situations involving abrupt changes, it remains unclear whether the slippery-slope effect played a role in the participants’ behavior.

As well as some not-so-famous prior work:

One notable exception to the single-trial format is the work of Gino and Bazerman (2009). Across four studies, they placed participants in the role of an auditor who had to either accept or reject estimates made by a third party regarding the number of pennies contained in a jar. The auditors were financially incentivized to approve high estimates, even though they were required to check the estimate periodically. Using a multiround design, Gino and Bazerman found that people were more accepting of the unethical behavior of others when unethicality developed gradually rather than abruptly. In an organizational setting, this ethical erosion might be similar to an accountant performing an audit for a client who gradually skirts the generally accepted accounting principles rather than blatantly cooking the books. However, this research focused exclusively on acceptance of the unethical acts of others as opposed to one’s own propensity to engage in a slippery slope of increasing unethicality. In our study, we build on these findings to ask a different question: whether individuals themselves are prone to a slippery slope of increasingly unethical behavior.

As for the study itself it test 4 hypotheses, the latter 3 are basically delving into the details of how first one occurs:

Hypothesis 1: Over a series of ethical decisions, people will be more likely to engage in unethical behavior during the final period when potential unethicality develops gradually over time rather than abruptly.

Hypothesis 2: Over a series of ethical decisions, people will become more morally disengaged when potential unethicality develops gradually over time rather than abruptly.

Hypothesis 4: Moral disengagement will mediate the relationship between a series of ethical decisions in which potential unethicality develops gradually over time versus abruptly and unethical behavior during the final period

The fact that the Wikipedia article was written by someone with a focus on logical fallacies with non-fallacious usage tacked to the end speaks more to the fact that Wikipedia still has crap articles on some topics.

For starters, by definition, a Slippery Slope is an informal fallacy--which is an argument whose stated premises fail to support its proposed conclusion: http://en.wikipedia.org/wiki/Slippery_slope

Now, maybe we will eventually create another law, but just because we passed the law allowing X doesn't have a whole lot of bearing on any other hypothetical law we may or may not ever pass.

As such, we could, based on the above two points, say that, no, there no real examples of a slippery slope argument coming true. Technically speaking, even if there were an example, we wouldn't be able to call it a slippery slope anymore, as it would no longer be a fallacy. So at that point, that's a bit of a catch-22 language problem more than anything--perhaps best asked on English.stackexchange :)

One huge contemporary example is the congressional filibuster, which has become more and more frequent as time goes by 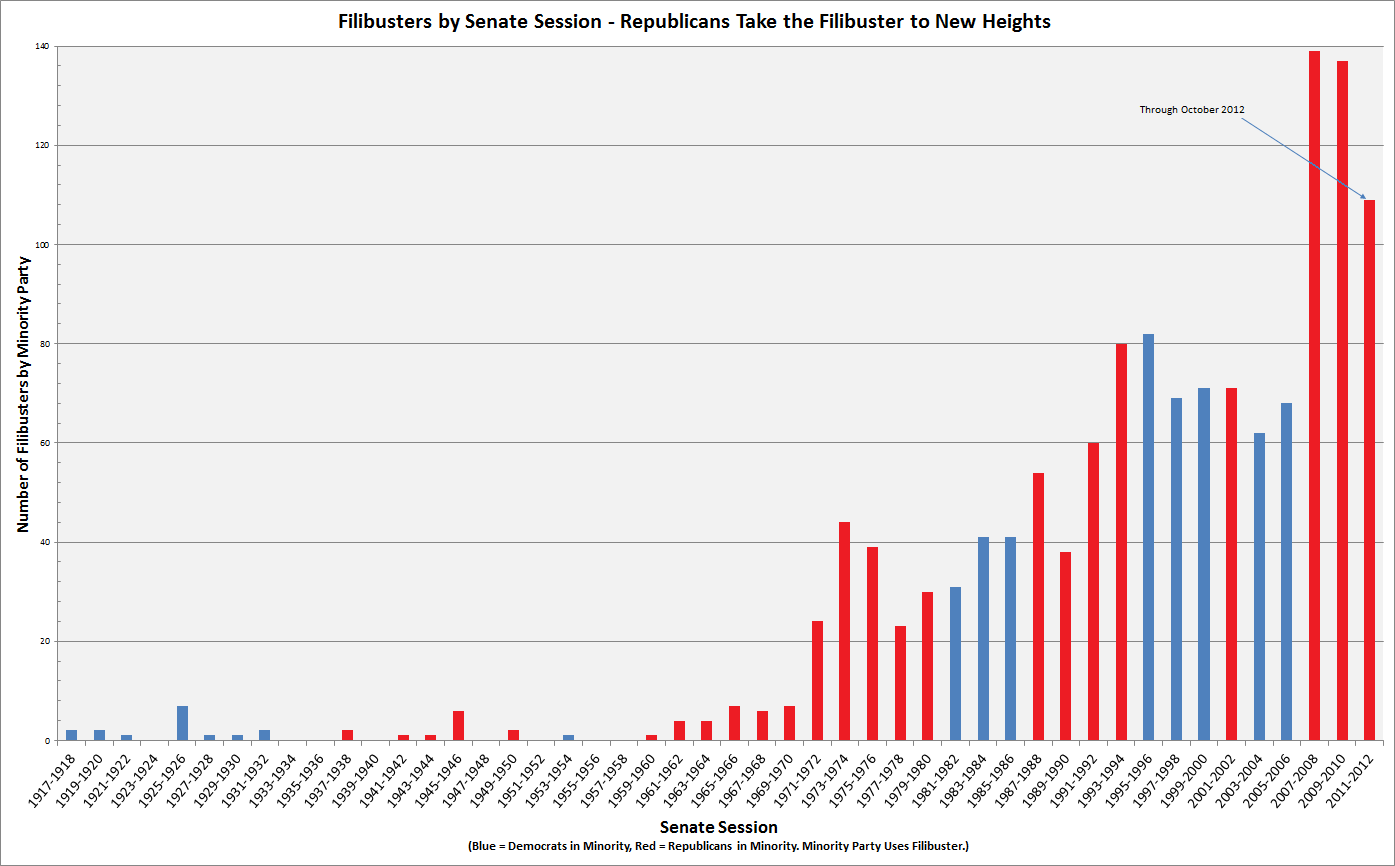 And the idea of precedent need not move in a negative direction either, for instance in the early 60s, Lenny Bruce got arrested for obscenity(such as using the word "cocksucker" among other things), where today, you can't imagine such a thing happening today.

Not the answer you're looking for? Browse other questions tagged law corruption .

3
What are the changes being made to the NSW ICAC (Independent commission against corruption)
5
What are the exact mechanisms of such form of corruption as 'state capture'?
6
What political factors are shared by countries that let oligarchs emerge during the transition from a communist country to a capitalist country?
7
What can the U.S. government do to prevent powerful people to get extremely favorable plea bargain deals like Jeff Epstein?
1
Are there ANY examples of corruption in Ukraine where the USA has an actual stake?
14
What are “frugality rules”?