Why is Egypt transferring the control of two islands to Saudi Arabia?

Why is Egypt transferring the control of two islands to Saudi Arabia? (See here.)

Saudi Arabia agreed to provide Egypt with more than $3 billion in loans and grants to help its dollar-starved economy.

2- note that Saudi Arabia has a friendly relationship with Israel (below the radar). Of course Saudi Arabia doesn't reveal this friendliness because of the nation's reaction. As the Washington Post says, the decision by the Egyptian government was being supported by Israel. Moshe Yaalon tells Israeli reporters that he had received official documentation that Saudi Arabia would continue to allow Israelis freedom of passage in the area. 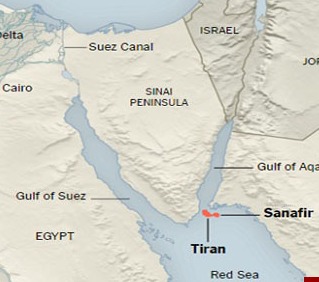 22
Why does the U.S. still consider Iran an enemy and not a potential partner?