What explains the big "D" shift in Utah in the last 4 years?

The following map kinda makes sense from the "why" perspective in most places, but one area that kind of threw me off as hard to explain was Utah experiencing major shift towards Democrats, in nearly ALL counties shown.

Is there a coherent explanation for Utah changes in the last 4 years?

(caveat emptor - it's a map I found on SE chatroom - I do not, in all honesty, know its origin or can vouch for its accuracy. Google Image search just shows gazillion uses mostly on twitter) 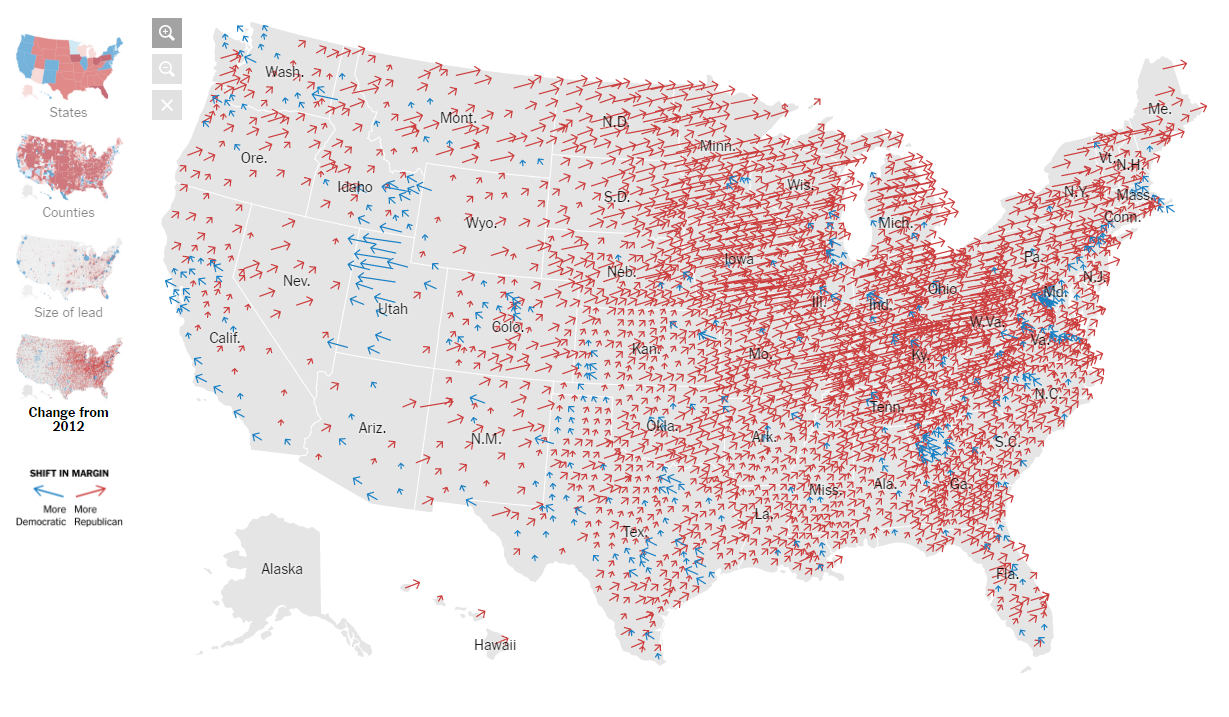 In 2012, Mitt Romney ran for president. He is a practicing Mormon and his family has a long history in the faith. He received an unusually high percentage of the vote in Utah, which is the most Mormon state in the nation.

Mormons have a relatively strict faith. For example, they frown on recreational alcohol use and gambling. They also have very particular ideas on the treatment of women.

In 2016, Donald Trump ran for president. In the past, he operated casinos with gambling and alcoholic beverages. Also, his behavior towards women doesn't match their standards. The pussy groping audio was the last straw, but they didn't like his behavior and language well prior to that.

A Mormon named Evan McMullin ran as a third-party candidate. He rather openly said that he would normally consider himself a Republican. His behavior and language fit Mormon standards of behavior. In most states, he didn't receive more than a trivial amount of the vote. In Utah, he received 21.54% of the vote.

If you add up the vote totals of McMullin and Trump in 2016 Utah, they do almost as well as Romney in 2012. Hillary Clinton's 27.46% in 2016 was only a couple percentage points better than Barack Obama's 24.75% in 2012. However, if you compare just Trump and Clinton to Romney and Obama, Romney had a much higher vote margin than Trump did.

Unlike states such as Arizona, Texas, and Georgia, Utah does not seem to have shifted away from the Republicans. It just split the Republican vote between two candidates.