At Trump's inauguration, who was the man in the wheelchair and why is he important? 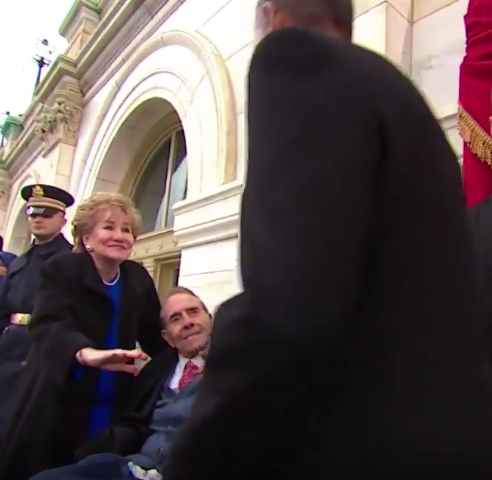 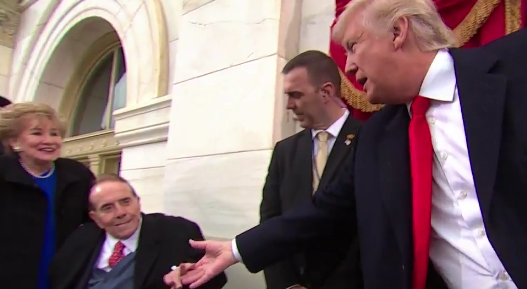 I'm trying to figure out who is this guy in the wheelchair and why is he so "important". Both (now former president) Obama and Mr. President Donald Trump shook hands with him and had a little chat. Was he a significant figure in politics in the 80's or so? 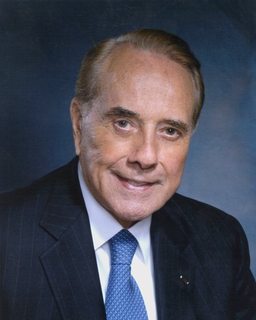 He was Gerald Ford's running mate and the Vice-Presidential candidate in the 1976 election.

In 1996, he ran for President against Bill Clinton, who was seeking for a second term in office, but wasn't successful.

Credits to @user4012 for pointing out Dole's 1996 presidential campaign.

18
At Trump's inauguration, who is this dapper-looking man and why is he important?

13
How are Donald Trump's recent comments about Muslim immigrants unconstitutional?
94
Why was Trump winning the 2016 election, when I know so few people who admit to voting for him?
18
At Trump's inauguration, who is this dapper-looking man and why is he important?
13
Why did the presidents of US and Romania contradict each other about the Visa Waiver Program?
69
Why was President Trump heavily criticized for congratulating Putin on winning the election?
4
How much apparel has Trump sold?
62
Why has Donald Trump's popularity remained so stable over a rather long period of time?
15
Did the US embassy in Kyiv resist hanging Trump's picture while Yovanovitch was ambassador?
8
During Trump's presidency, did White Americans (on average, still) believe there was more anti-White than anti-Black bias in the US?