What are the flags beside the US flag at Trump's inauguration day?

What are the flags beside the US flag at Trump's inauguration (marked by an arrow in the picture below)? 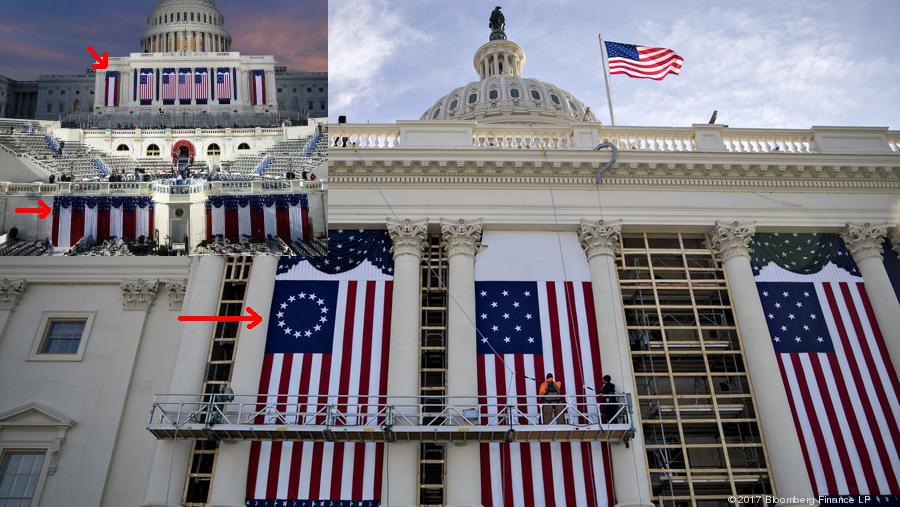 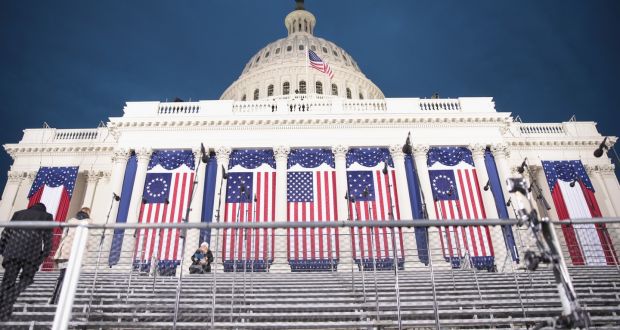 It's the Betsy Ross flag.

The first documented usage of this flag was in 1792. The flag features 13 stars to represent the original 13 colonies with the stars arranged in a circle.

It is the early version of the American flag. Check the below image for more info. Note on extreme left and extreme right doesn't seem to refer to flags. 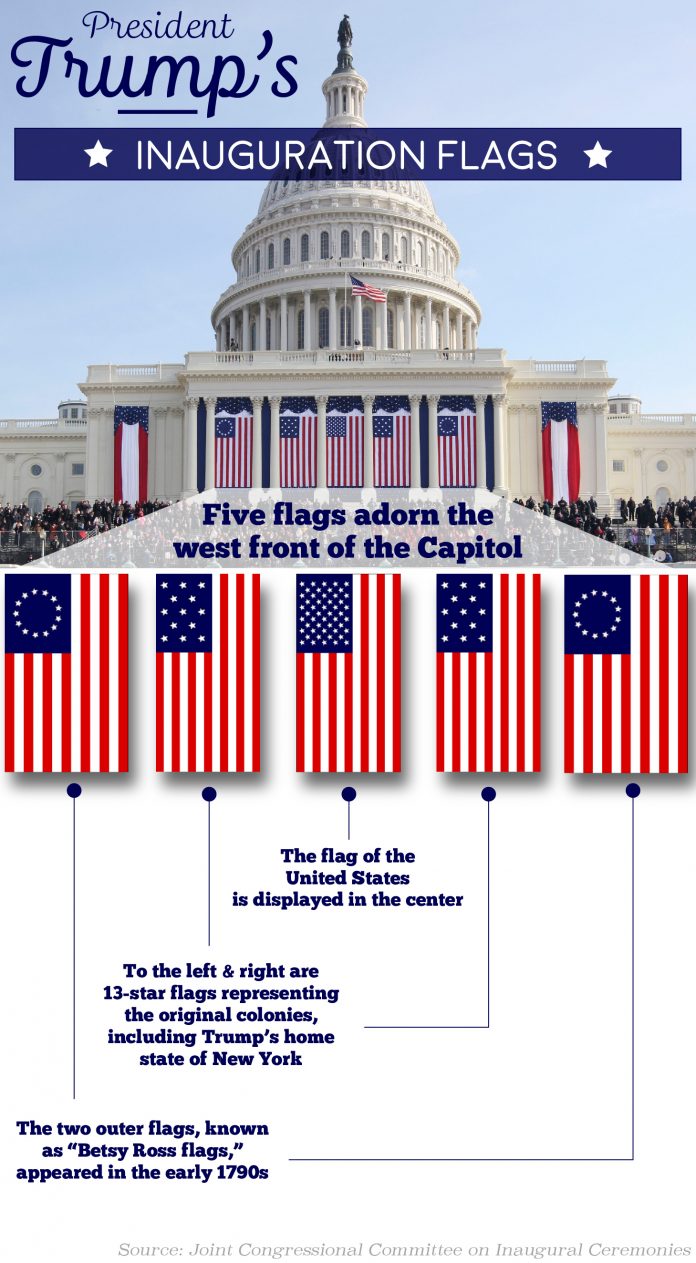 The existing answers cover the third (lowest) arrow in your image.

The banners marked by the other two arrows are not flags, but bunting (from wiktionary: "strips of material used as festive decoration, especially in the colours of the national flag"). They serve a strictly decorative purpose.

Red, white, and blue bunting is naturally appropriate at an event like an inauguration, but it's also used on other occasions (maybe moreso in former times, when open patriotism was more common, but it's still found at sporting events, particularly baseball). Bunting doesn't need to be accorded the same kind of respect as an actual flag, and there are no rules for its display.

The "Betsy Ross Flag" appeared in the 1770-1780's era as the first "confederate flag", that of the confederacy of states against Britain.

Not the answer you're looking for? Browse other questions tagged united-states donald-trump flag symbols .

2
Chain of command on Inauguration Day
1
How many US flags over the US Capital in 2016 or 2017?
9
What were the goals of the woman's march during Trump's inauguration?
0
Identify two national flags from a picture (and/or video)
7
What is this 45-star American flag?
15
What does the flag of Imperial Germany symbolize today?
13
What is this flag with a red 6-pointed star in a red crescent on white ground?
4
What is the significance of Ukrainian and Belarusian flags on anti-Zeman protest rally in Prague?
14
What is the blue-white-blue horizontal triband flag waved by karateka Sandra Sánchez at the Tokyo 2020 Olympics?
9
What, if anything, does a blue-and-white American flag mean?