Have permanent US residents ever before been subjected to restrictions based on their origin country?

President Trump's recent executive order temporarily barring nationals of 7 countries from entering the U.S. included those who originated from one of those countries, are not citizens of the U.S., but are lawful permanent residents (aka have the "Green Card").

This appears to be preventing people who already have lives, family and business in the country, and happened to be abroad when the order was issued, from returning home. Likewise, it effectively prevents those in the country from travelling abroad, as their return would be in jeopardy.

Has this ever happened before in history? Have people holding permanent residence in the U.S. ever been subjected to a blanket ban on re-entering the country based on their nationality or other, similar broad criteria?

Democrat President FDR ushered in a program that interred Japanese Americans in internment camps during WW2. From Wikipedia

The internment of Japanese Americans in the United States was the forced relocation and incarceration during World War II of between 110,000 and 120,000 people of Japanese ancestry who lived on the Pacific coast in camps in the interior of the country. Sixty-two percent of the internees were United States citizens.

You also have the Immigration Act of 1917 Wikipedia

The Immigration Act of 1917 (also known as the Literacy Act and less often as the Asiatic Barred Zone Act) was the most sweeping immigration act the United States had passed until that time. It was the first bill aimed at restricting, as opposed to regulating, immigrants and marked a turn toward nativism. The law imposed literacy tests on immigrants, created new categories of inadmissible persons and barred immigration from the Asia-Pacific Zone. It governed immigration policy until amended by the Immigration and Nationality Act of 1952 also known as the McCarran–Walter Act. 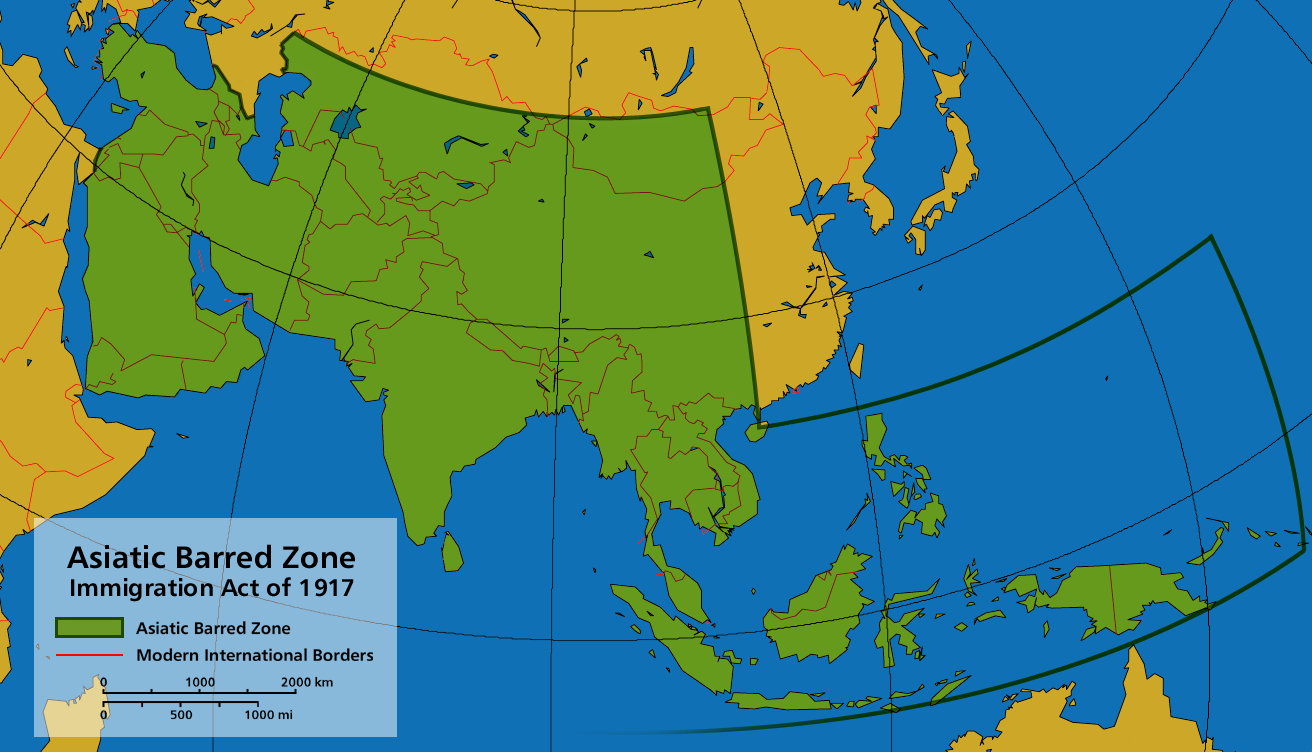 Not the answer you're looking for? Browse other questions tagged united-states immigration history .

2
Has the United States ever had a travel ban similar to the current one?

11
Has the US President ever been denied entry to a foreign country?
15
Has there ever been a situation in a modern Westminster parliament where there have been more independents than members of the second largest party?
9
Have any politicians been elected to the government of two different countries during their career?
5
Which country was leading "rules-based order" of the west before the USA?
11
Are there EU countries that offer a path to citizenship for non-EU foreign workers?
4
Has the US government adopted the extended UNHCR definition of refugee?
22
Are nations required to allow their own citizens entry under international law?