Why does the KKK support Trump?

Although Trump rejects the support of the KKK, the KKK still likes Trump. Why are the KKK people supporting him? 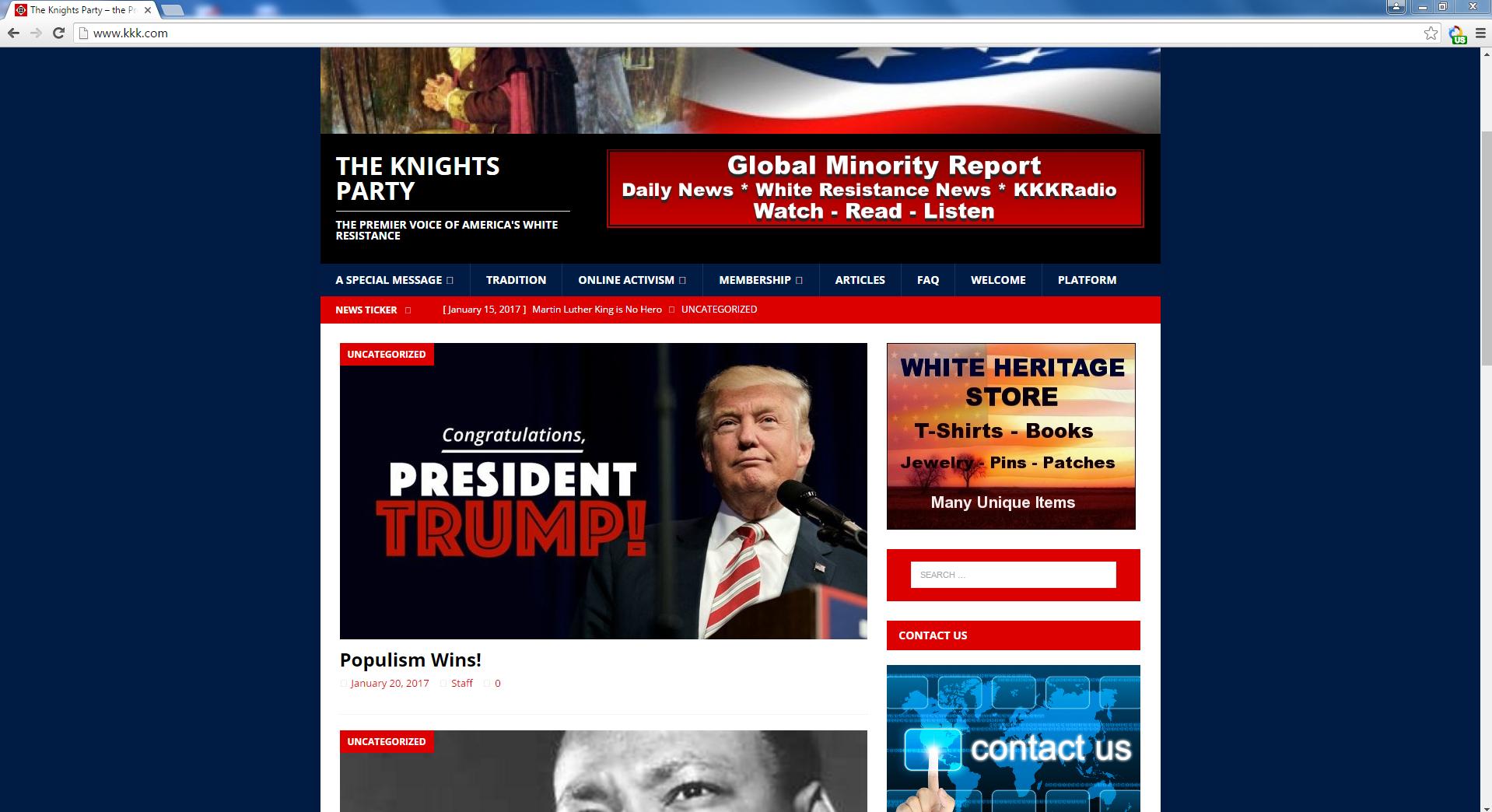 Because during the election, Trump was the candidate that most closely matched their political views:

Overall, we do like his nationalist views and his words about shutting down the border to illegal aliens

It is important to note that there are political differences between the KKK and other far-right groups and Trump, but the far-right feels that the Trump campaign helped normalize their ideas and that it gave them a platform and new momentum to further spread these ideas.

In addition to opening “a door to conversation,” she said, Trump’s surging candidacy [...] has done something else: It has electrified some members of the movement.

“They like the overall momentum of his rallies and his campaign,” Pendergraft said. “They like that he’s not willing to back down. He says what he believes and he stands on that.”

“I love it,” said Duke, 66, tearing into a chicken garlic pizza at a nearby restaurant later. “The fact that Donald Trump’s doing so well, it proves that I’m winning. I am winning.”

Trump’s surprise rise to become the GOP presidential nominee, built largely on a willingness to openly criticize minority groups and tap into long-simmering racial divisions, has reenergized white supremacist groups and drawn them into mainstream American politics like nothing seen in decades.
[...]
White supremacists are active on social media and their websites report a sharp rise in traffic and visitors, particularly when posting stories and chat forums about the New York businessman.
[...]
“Before Trump, our identity ideas, national ideas, they had no place to go,” said Richard Spencer, president of the National Policy Institute, a white nationalist think tank based in Arlington, Va.

But Trump did not become the object of white nationalist affection simply because his positions reflect their core concerns. Extremists made him their chosen candidate and now hail him as "Emperor Trump" because he has amplified their message on social media—and, perhaps most importantly, has gone to great lengths to avoid distancing himself from the racist right.
[...]
This stance has thrilled and emboldened hate groups far more than has been generally understood during the 2016 race for the White House. Moreover, Trump's tacit welcoming of these hate groups into mainstream American politics will have long-lasting consequences, according to these groups' own leaders, regardless of the election outcome.

It can be assumed that the KKK thinks the president's stance on at least immigration of people from the middle east is in line with their values.

Many people who it might be assumed the KKK don't like have criticized Trump in ways that might not make him unattractive to the KKK. ie if a noted propionate of equality calls him a racist or misogynistic they are more likely to burn effigies of the speaker than of Trump.

Not the answer you're looking for? Browse other questions tagged united-states donald-trump nationalism racism .

57
Why is Trump's omission of an explicit mention of Jews from the holocaust memorial a big deal?