How would the travel ban pressure Iran

I think that Trump wants to Pressure Iran by using the travel ban.

What kind of pressure is the Travel ban expected to put on Iran?

Usually when a country put restrictions for other countries, it's all about politics. With the case of Iran, Donald Trump executed the Executive Order (EO) 13769 with one purpose: keep american safe (from terrorist attacks), according to his staff and supporters. This argument doesn't make sense because Iran is not the author of any kind of terrorism inside United States, contradicting the main objective of the actions taken by President Donald Trump. In fact, the latest terror attacks were made by US born citizen as explained in the chart above: 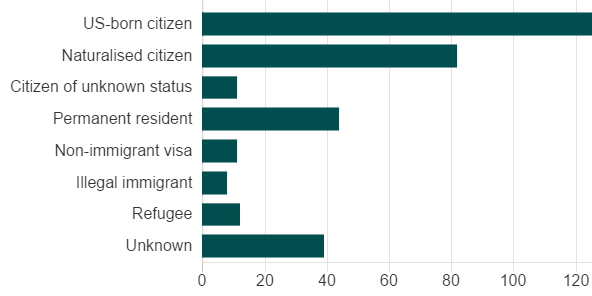 The most cited case in order to support the EO about Iran is the measures taken in 1980 during the US Embassy hostage crisis but again, what Jimmy Carter did when banned Iranians was more political than prevent terrorism. So what the Trump administration wanted to do is send a message, a political message. The ban is the perfect argument for Iran to destroy the Iran deal and continuing the nuclear program since the EO violates the terms and agreements made during the Obama Administration.

Not the answer you're looking for? Browse other questions tagged united-states donald-trump iran .

1
UNSC resolution does not ban Su-30 fighter jet sales to Iran: Russia
3
How Would Trump Go About Adding Other Nations to the Travel Restriction List?
3
Are any of the notable critics of Trumps immigration ban on record as criticizing Iran's etc… ban on anyone connected to Israel?
6
Constitutionality of travel ban/sanctuary cities
4
What does the Supreme Court ruling on President Trump's travel ban do?
0
On what countries in the Americas the US has (or hasn't) imposed travel restrictions related to Covid-19?