What are the differences between the proposed Republican health care plan and the Affordable Health Care Act?

This is from the LA Times

Obviously the biggest difference would be the mandate would be elminated but there's a lot of other things that it differs from ACA. We still don't fully understand this bill and Republicans have been having close door meetings lasting 20+ hours.

As of this moment, here's what Republican health care would look like according to the LA Times and recent reports from the budget committee:

Republican plan to replace the Affordable Care Act would remove health coverage for an estimated 24 million Americans by 2026, according to independent analysis by the Congressional Budget Office. Lawmakers from both parties rely on the nonpartisan budget office to gauge the potential impact of legislation. 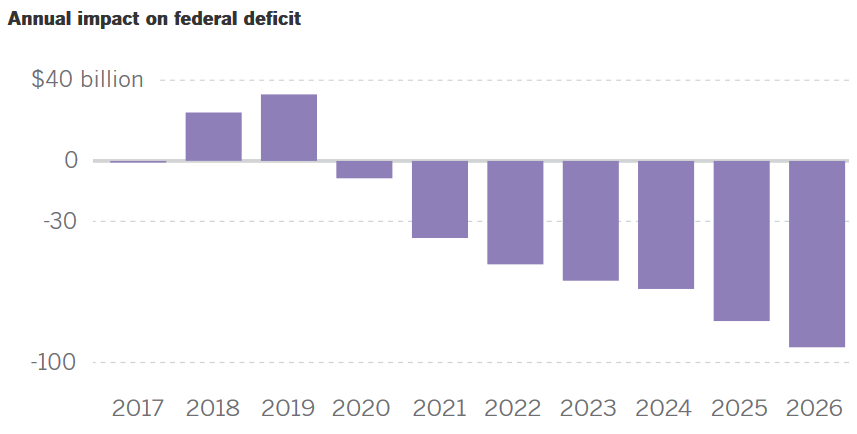 The legislation also would reduce the deficit by $337 billion over the next 10 years largely from Medicaid reductions and the elimination of the ACA's subsidies for nongroup health insurance, the CBO found.

Will you pay more or less for insurance?

Many things will factor into the answer to this question, but the primary factor will be one’s age.

While the ACA provided tax credits and subsidies for people based mostly off their income, the new bill focuses more heavily on aiding people in getting insurance by using tax credits to offset costs.

But the tax credits appear to help wealthier people more than low-income individuals.

The Kaiser Family Foundation has put together an interactive map that estimates the differences in tax credit estimates a person would receive under Obamacare versus the new health care plan.

The map also shows that counties not in the Denver-Colorado Springs metro areas would be more negatively-affected by the new plan.

But the Congressional Budget Office has yet to release its estimates of what the new plan would cost people or how many people would possibly lose coverage.

The Joint Committee on Taxation released an estimate Tuesday that said repealing or delaying some of the taxes currently engrained under Obamacare, as the new plan seeks to do, would cause the government to lose around $500 billion in revenue.

Who will benefit, who will hurt?

Analysis from The Associated Press says that young, healthy people will likely benefit more from the new plan than older people who have ailments more often because of the elimination of subsidies for out-of-pocket expenses and deductibles.

It also says that lower-income people would get less in tax credits in most cases than they would under Obamacare.

Will you get more options?

The bill aims to create more options and a larger variety of insurance plans to choose from, though exactly what insurance companies decide to do with the plans they offer remains unknown.

There is the possibility that there could be a wider range of plans, but those plans will be written by the insurance companies and could have high deductibles or a narrow network range. States are likely to have a big say in exactly which plans they choose to offer, according to the AP.

While people who did not sign up for insurance either through their employer, a private plan or the ACA were subject to fines, the new bill also contains a “mandate” of sorts.

Under the draft plan, if a person lets their coverage lapse for more than 63 days, they would have to pay 30 percent more for their plan once they re-signed.

Another difference: the 30 percent would be paid to the insurance companies, not the federal government, as is the case under the ACA.

Is there a tax cut for the wealthy?

Many have already criticized the bill as essentially being a tax cut for the wealthy. The new bill does in fact eliminate several taxes on people earning more than $200,000 a year that the CBO estimates would generate $346 billion over the next 10 years if Obamacare is left as is.

Medical and pharmaceutical companies would also benefit from some of those tax repeals, according to the Joint Committee on Taxation, which cost those companies millions each year.

The Washington Post reports that the top 0.1 percent of earners would save nearly $200,000 a year if taxes on salaries and investments are repealed as the new bill stipulates.

House Republicans introduced their bill to repeal Obamacare's individual mandate that also aims to maintain coverage for people with pre-existing conditions and allow children to stay on their parents' plans until the age of 26. So in that regard, they are similar to ACA. The measure would offer individuals refundable tax credits to purchase health insurance and restructure the country's Medicaid program so that states receive a set amount of money from the federal government every year

Map of federal assistance between ACA and Republican Healthcare 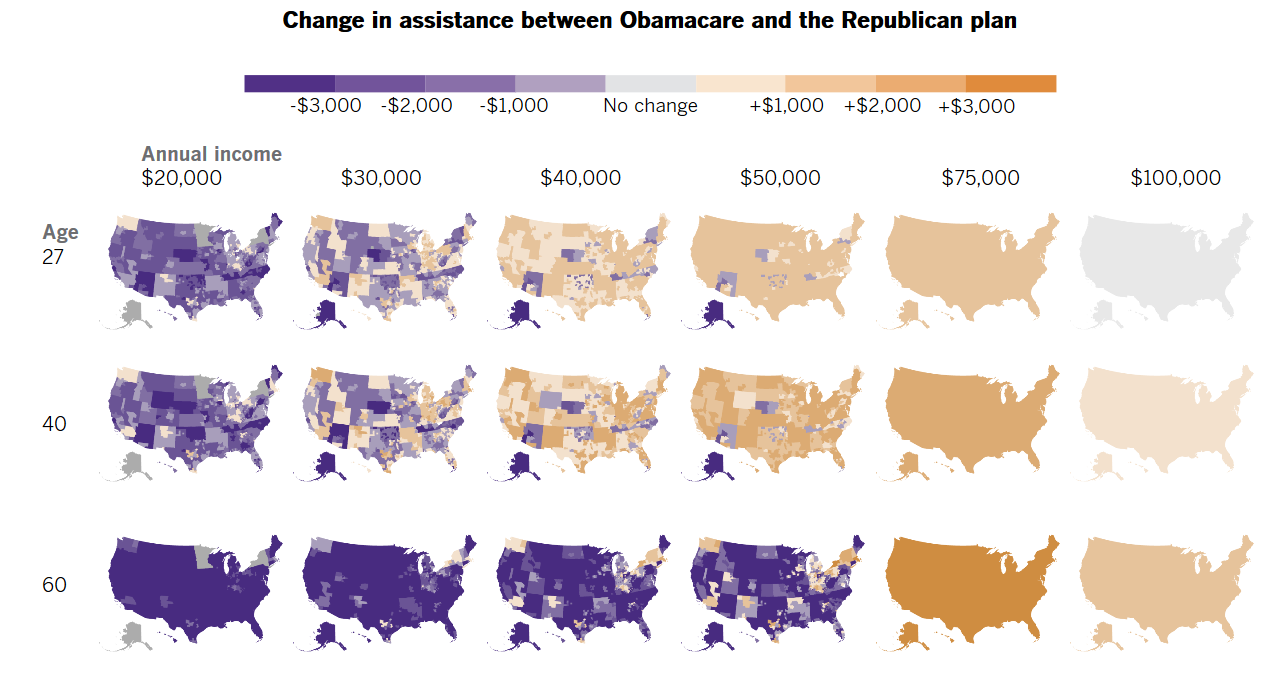 There's still division within the Republican party about the healthcare. Some even go as far as saying it will be "dead on arrival" we will have to wait and see if there will be changes made to the bill.

Not the answer you're looking for? Browse other questions tagged united-states healthcare republican-party .

11
How does the Patient Protection and Affordable Care Act (Obamacare) differ from Massachusetts health care reform (Romneycare)?
9
What are the reasons for opposing the Affordable Care Act?
1
Does the ACA penalize individuals for not being able to afford insurance?
3
What significant changes cause a grandfathered health plan to lose its status?
22
Why is it so hard to achieve an efficient health system within US?
13
What are some of the changes between the amended Republican American Health Care Act and the original one?
11
Why is the focus so much on health care coverage in the US - as opposed to privatization?
10
What are the details of the Republican healthcare plan described by Trump in mid-July 2020?