Does the president get the final say on a declaration of war like he does with normal bills?

Would the USA congress need the presidents signature to enact a declaration of war? Or is it different from other bills in this respect, as someone told me congress can declare war even if the president disagrees with it, is this true?

[Congress has the power] To declare War, grant Letters of Marque and Reprisal, and make Rules concerning Captures on Land and Water;

This is a normal legislative authority. There are no special rules for a declaration of war. Just like all the other powers listed in this section, it is a legislative act and requires the president's signature (or Congress to over-ride a veto) before becoming law.

Additionally, if reading the Constitution doesn't convince you, here's a picture of FDR signing the declaration of war against Germany. You can read more about this picture on the Library of Congress website. 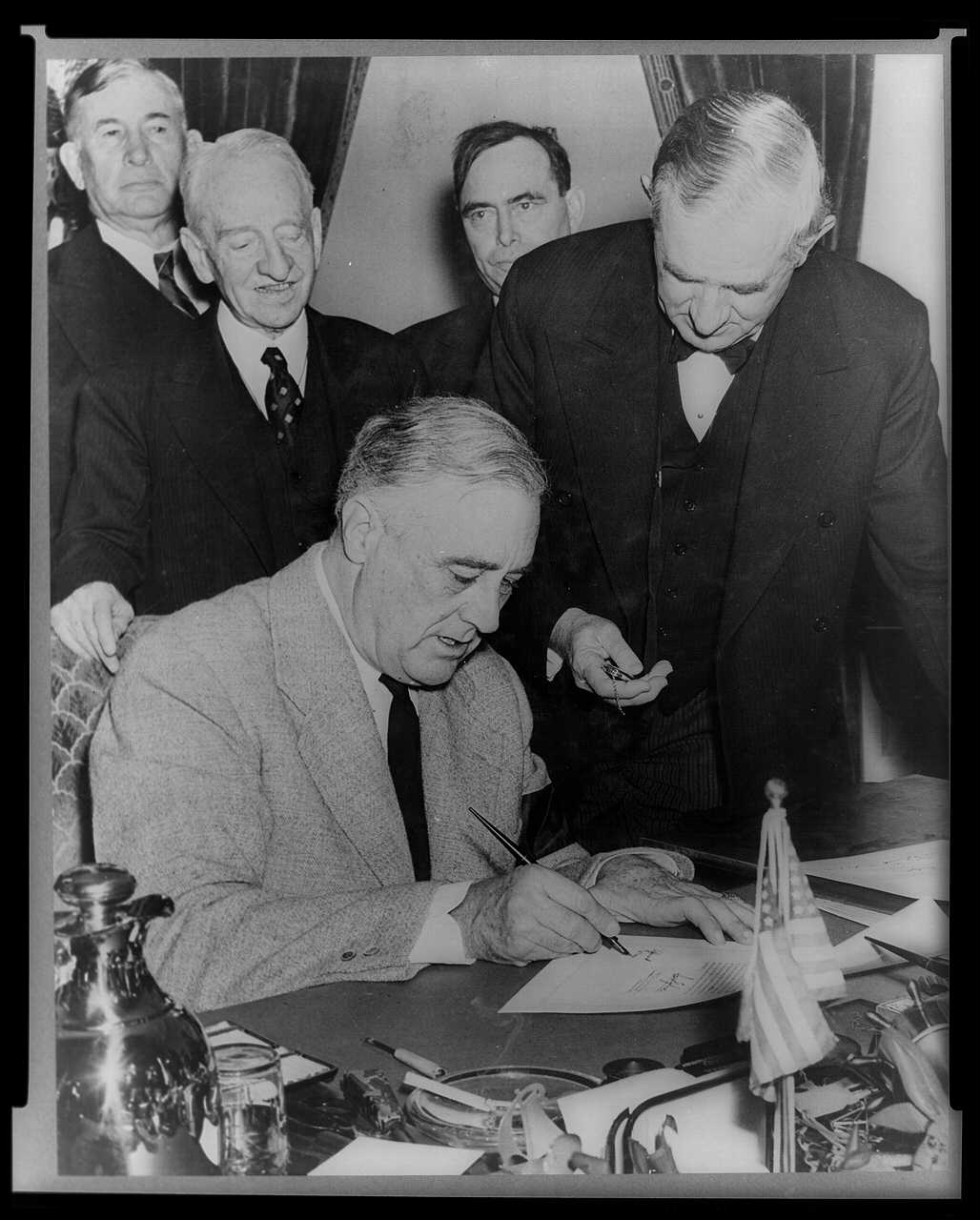 It's not entirely explicit in the constitution, but declarations of war have been enacted as laws and signed by the president.

See United States declaration of war on Japan on Wikipedia for a photograph of Roosevelt signing Public Law 77-328, 55 STAT 795, declaring war on Japan.

Article I Section 7 of the Constitution contains this clause:

Every Order, Resolution, or Vote to which the Concurrence of the Senate and House of Representatives may be necessary (except on a question of Adjournment) shall be presented to the President of the United States; and before the Same shall take Effect, shall be approved by him, or being disapproved by him, shall be repassed by two thirds of the Senate and House of Representatives, according to the Rules and Limitations prescribed in the Case of a Bill.

So, it follows the same rules as an ordinary bill. The President can sign it or veto it, and Congress can override the veto.

Although the power to declare war is exclusively held by the Congress, and does not require the president's agreement, it is also true that the president is the commander-in-chief of the military.

If he/she does not agree with the declaration he/she can simply ignore the declaration entirely, and issue no commands whatsoever to prosecute the war. That is admittedly an extreme position for him/her to take, but it is within his/her constitutional authority.

Congress would then have the option to impeach him/her (perhaps on the grounds that failing to prosecute the war gave aid and comfort to America's enemies). What comes after this is a bit far from the original question.

Not the answer you're looking for? Browse other questions tagged united-states president congress war .

31
A new proposal suggests subdividing Washington D.C. into 127 new states so that they can change the Constitution at will. Is this possible?

16
Could the President of the United States refuse to wage a war Congress declared?
3
Are there any examples of the President going to war without Congressional approval?
1
Why does the US president have the authority to launch a nuclear weapon when he doesn't have authority to declare war?
1
Does a (US) presidential proclamation have a time limit?
13
Why is presidential approval needed for Congress to end a war it did not approve?
3
If a country declares war on the United States, does the US Congress need to declare war on them?
1
Could Congress annul a declaration of war from the U.S. President?
6
Who has the power to surrender in a war in the US?
4
Are there any tangible proposals for a modern era war powers system in the U.S. akin to the War Powers Resolution of 1973?