What are the current military objectives of Rojava(Syrian kurds)?

The relations of various factions in syrian war seems to be very complicated, as can be seen in this image. 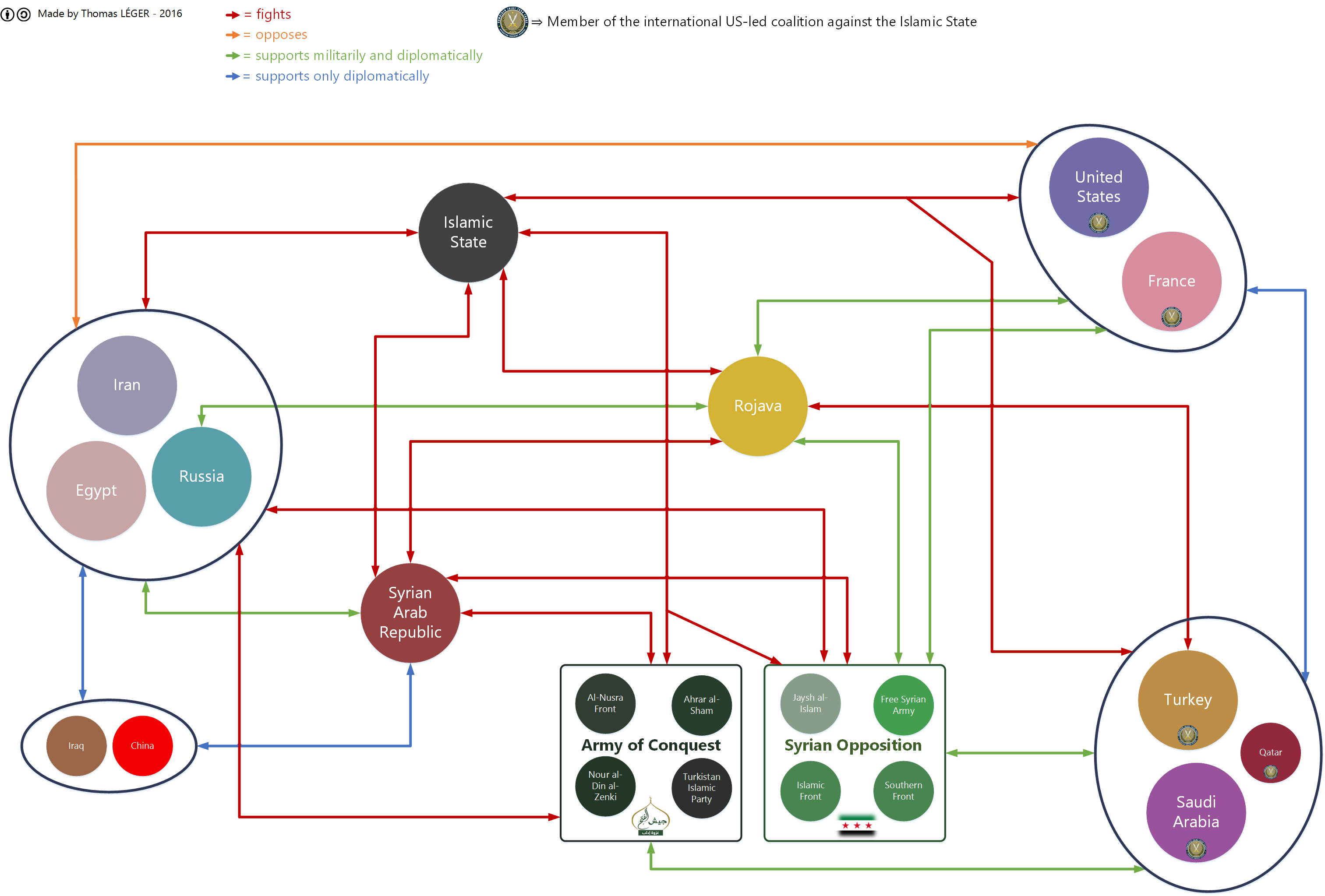 Considering the Rojava, it seems like they are been supported by both Russian and US coalitions, and also by the Syrian Opposition, despite the fact that Russia is against Opposition, and US and Russia are against each other. Also Rojava is not liked by Turkey(as evident from the blockade turkey put ahead during kobane siege), even though Turkey is ally to US. This likely makes taking any hard stance difficult for Rojava.

As currently they are bordered with various factions, as shown in this image(YPG/SDF control, YPG is major part of SDF and is mainly Kurdish), what are their current objectives? 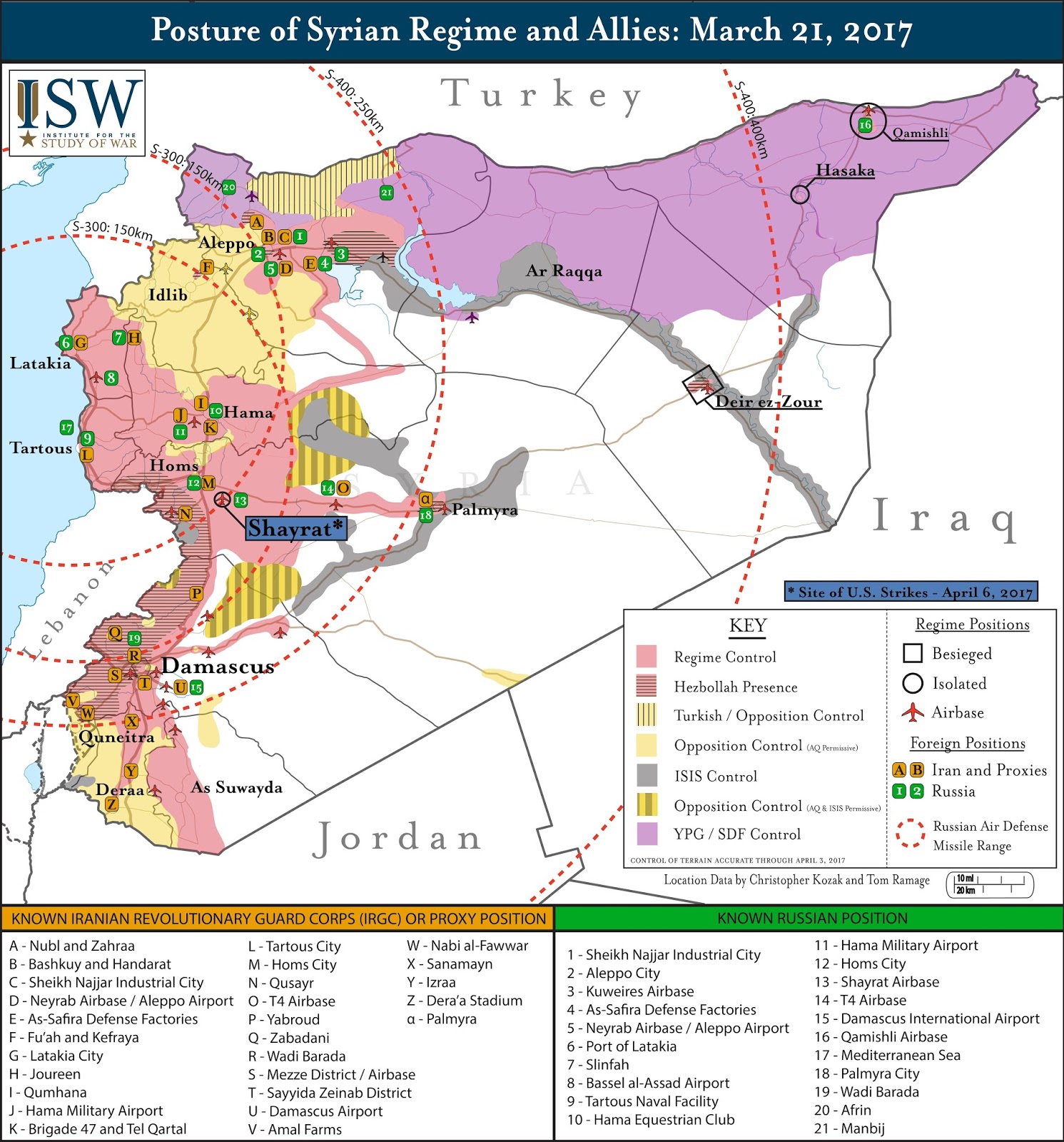 Are they mainly looking to control and defend kurdish populated areas, or fight against ISIS, or to capture Turkey controlled regions, or is it something different?

The origins of the YPG ("People's Protection Units") are closely associated with the Democratic Union Party (PYD), a parliamentary opposition party founded in 2003. Almost immediately, but especially after an ethnic riot in 2004, the PYD faced violent repression and harassment from the Syrian regime. It seems that the YPG (or at least some more rudimentary militia organization connected to the PYD) took shape around this time. In that context, the primary objective of the YPG would have been to resist government repression, but it's unclear to me whether they actually did so in any direct and active way.

In the summer of 2012, there were direct clashes between Kurdish militias and regime forces. The regime began to withdraw from the area, the YPG publicly announced its existence to the international media, and it began to claim territory under its control. Clashes continued, but mainly with competing rebel groups (especially Salafists) and soon after with ISIS. So the start of the Syrian Civil War was a major turning point.

While Kurdish militias in general and the YPG in particular began fighting the regime, there stance has always been relatively moderate compared to most of the rebel coalitions that emerged in 2011-2012. As the regime became weaker, and the YPG had an opportunity to assert Kurdish autonomy. The immediate threats they were facing quickly changed. Now their immediate objectives are to confront ISIS and hostile rebel factions.

Long-term, it is difficult to say how the YPG will evolve. This will especially depend on the outcome of the Syrian Civil War. Ideally, I'm sure many of their supporters would be very happy to see a united and independent Kurdistan, but they are not explicitly fighting for this as far as I can tell.

In addition to the conquest of Raqqa, I think you could also make a case for the following additional objectives:

The current objective of the SDF ("Syrian Democratic Forces") is to capture the city Raqqa which is the capital of ISIS. On November 6, 2016 began the offensive called "Operation Wrath of Euphrates". Raqqa is a city on the northeastern bank of the Euphrates river and had a prewar population of 220,488 according to a 2004 census. Because of the size and location of the city, ISIS declared Raqqa its capital after capturing the city from Syrian rebels on March 6th, 2013. The United States has given the SDF lots of support in the offensive including war materials, airstrikes, and helicopter support.

Since the start of the offensive the SDF has been able to capture more than 236 villages and strategic locations as well as the Tabqa Military Airbase. The SDF has also been able to besiege the key city of Tabqa and the Tabqa dam. Currently it appears like the SDF is going to try and besiege Raqqa city before attempting to enter. It is expected that ISIS will put up lots of resistance with ~5,000 ISIS fighters in the city. Due to this, the operation will probably be conducted slowly allowing American airstrikes to destroy defenses before the SDF advances.

Not the answer you're looking for? Browse other questions tagged syria kurdistan .

5
Are Kurds hostile to the west?
4
Is the PKK and PYD's political outlook unpopular among Iraqi Kurds?
1
Has the Syrian (Baath) government issued any public statements on desired post-war relations with Rojava?
24
What is this “very, very powerful article” that Trump is referring to vis à vis the Kurds?
2
Has Russia said anything about helping Syria fight Turkey, now that the SDF has allowed Assad's army to move north?
1
Has Pence essentially granted Kurdish Syrian territory to Turkey, subject to Russian approval?
1
What Kurdish Syrian parties does the CIA and/or the US consider terrorist [affiliates] and which ones it doesn't?
14
Did the USA have a political agenda in Syria beyond simply the containment of ISIS?
4
Who are the Turkey-backed Syrian rebels?