Is there any evidence that the rebels in Syria have ever used chemical weapons against the Assad government or against ISIS?

One of the most reported chemical attacks by the Syrian Rebels is their chemical attack on the Kurdish controlled Sheikh Maquood neighborhood of Aleppo during the Siege of Eastern Aleppo on April 7th, 2016. According to this source, the chemical used was yellow phosphorus. Although no international organizations were able to confirm the attack occurred, the rebel group Jaish al-Islam admitted that one of their commanders used "weapons that he was not authorized to use." This statement by Jaish al-Islam is dated on the same date that the chemical attack supposedly had happened: 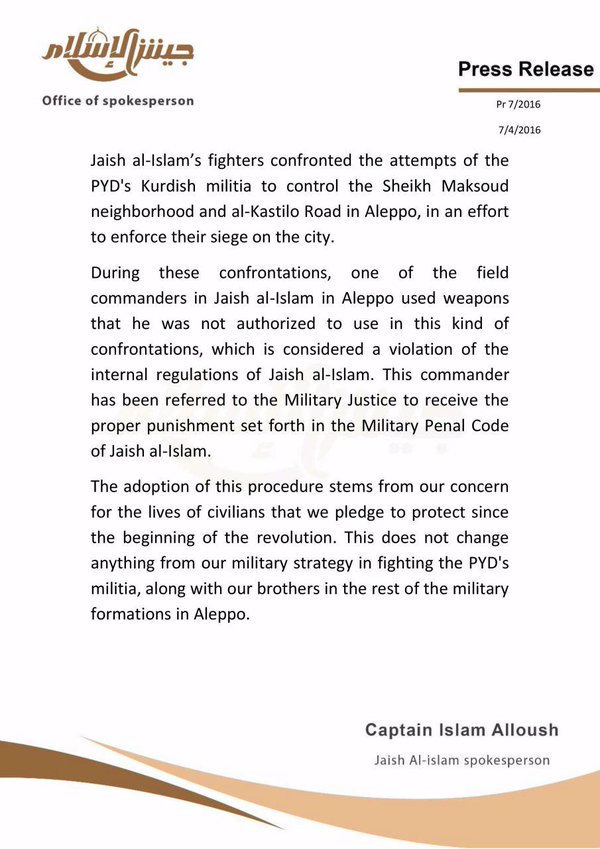 Not the answer you're looking for? Browse other questions tagged armed-conflict syria chemical-weapons .

4
Why was Saddam Hussein captured but Assad is still spared by America?
21
Legality of Syrian invasion by US and allies
9
Are the US strikes in Syria backed by international treaties against the use of chemical weapons?
5
Has the Syrian Government used barrel bombs with chlorine since Trump's airstrike?
5
Are car bombs considered a conventional weapon under international law?
11
Has the Pentagon provided evidence for their accusations against Assad's potential preparations for another chemical weapons attack?
36
Why would Assad use chemical weapons in the civil war as of 2018?