Why is China annoyed at the installation of THAAD in South Korea?

It is a missile defense system to be in the defense of South Korea against North Korean missiles, why would China react so strongly against it?

What are those strategic security interests that may be harmed by installing that shield?

From what I understand the main issue is that this tips the balance in the equations of Mutually Assured Destruction (MAD) in favor of the United States. The radar systems in the THAAD system would allow the U.S. to detect any missile launches in China a bit earlier than they could now, essentially meaning that China's nuclear deterrence is being undermined. If the U.S. is able to detect launches in China sooner than China is able to detect launches in the U.S. it gives the U.S. an advantage in any nuclear conflict. These two articles do a good job of explaining the issue in more depth:

NPR article on deploment in Korea

On top of that, the THAAD system is more or less useless in South Korea, as North Korea has a large amount of conventional artillery aimed at Seoul, which the THAAD system does nothing to counter. In essence, the only strategic value that the U.S. gains from the system is the increased radar coverage of China. 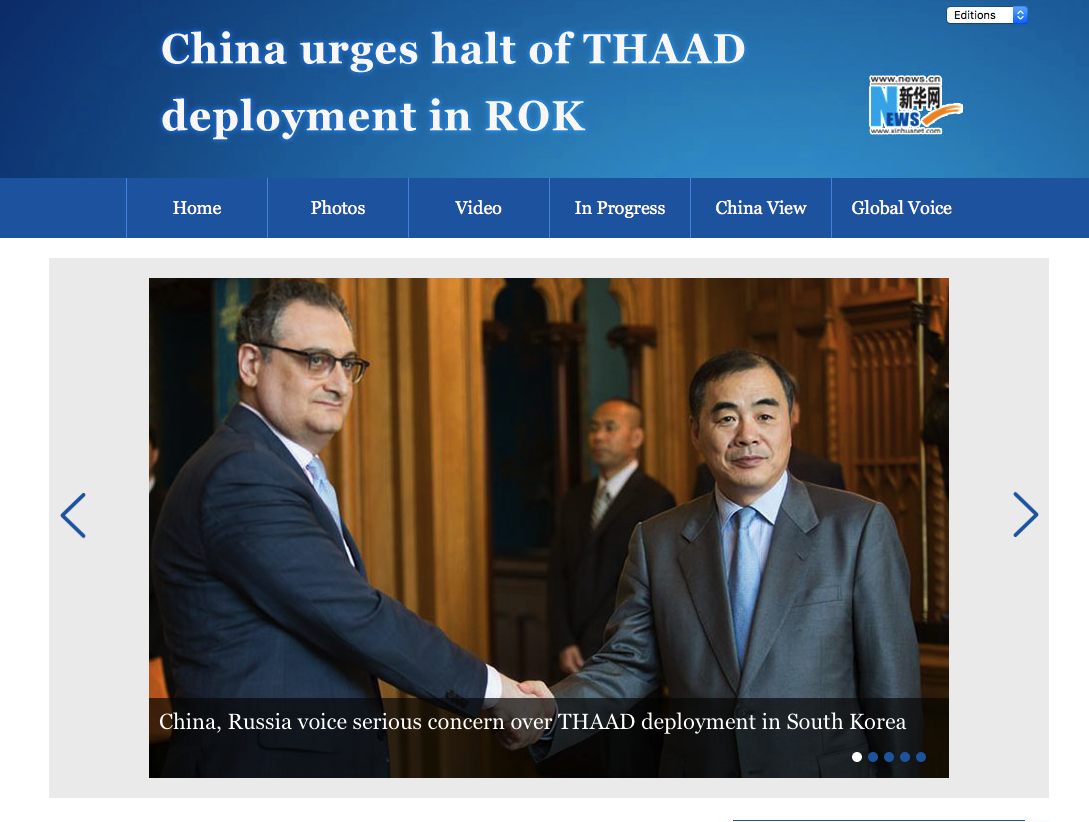 Basically, China's main argument is that "it will disrupt strategic balance in the region".

Washington and Seoul's claim that THAAD only aims at threat from the DPRK is hardly convincing, as the system's hardware and functions far exceed South Korea's actual defense needs.

The true purpose of deploying THAAD is to incorporate South Korea into the U.S.-designed regional military structure that can support its Rebalance to Asia strategy targeting China, according to Su Hao, a professor at the China Foreign Affairs University.

One article even hinted that the deployment might be targeted at China or Russia:

Even if Seoul and Washington promise their target isn't China or Russia, "such pledge has no meaning on technical terms," said Cheong, implying that Washington's hidden motive is clear.

Pretty obviously it improves the defensive and therefore offensive capability of the US who is a major rival with China in the region.

Also it is expected to make North Korea less confident in their military position against the US and South Korea. They might then be expected to pressure China into providing more assistance.

I would go so far as to say it is polite that they warn us in advance that they will be matching our deployments. Presumably this is in direct response to an announcement of ours about the missile defense, so neither side had to reveal spies, and both know the other side is not surprised by the changes in situation.

If a secret change was expected to dramatically change the course of a war that would be a pretty strong consideration for having the war before it was totally ready.

Not the answer you're looking for? Browse other questions tagged united-states international-relations china south-korea .

2
Why is the US paying for the THAAD system?