Are there any government policies that meaningfully influence mass shootings per capita?

Mass Shooting: FOUR or more shot and/or killed in a single event [incident], at the same general time and location not including the shooter.

Are there any government policies that meaningfully influence these rates, or does it appear to be random?

DC, Louisiana, and Illinois have the most, and Hawaii, Idaho, New Hampshire, North Dakota, and Wyoming had the least (none) in the 2014 to May 1st, 2017 period. 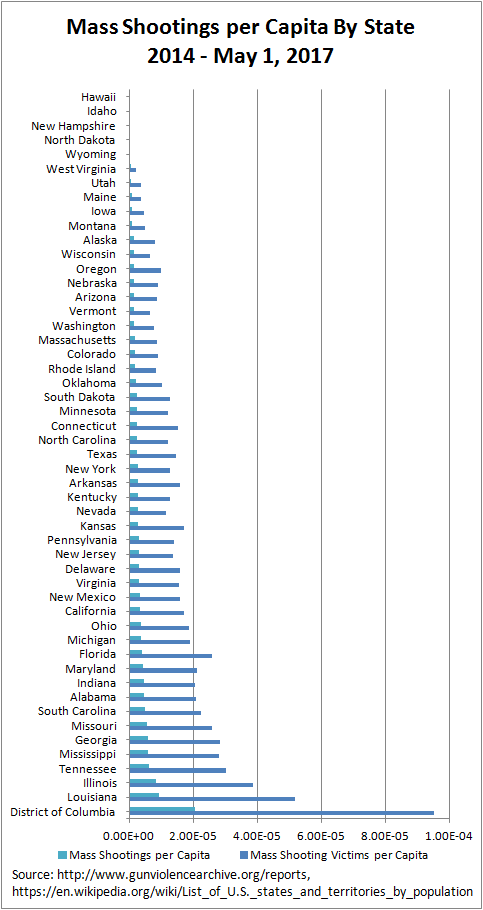 Not the answer you're looking for? Browse other questions tagged united-states guns second-amendment .

1
Are all refugees vetted as per these guidelines?
1
Are there any legal documents allowing the US government to dictate the matter of abortion?
2
In the US, are there any areas of governance which are not under control of the Federal Government?
2
Are there any Libertarian schools?
10
Is there any data on the % of Americans that have purchased a gun at some point in their lives?
1
Is California more liberal than Vermont?
4
Can the federal government of the United States influence when ballot totals are announced?