This came up after today's James Comey's testimony to the Senate Intelligence Committee.

On CNN, after the hearing was finished, they showed a screen that said

How did he write these memos such that they are "official" accounts of what happened with his 1 on 1 meeting with the president? I seem to remember him saying this morning that the memos were written by a private citizen and unclassified but the statement on CNN makes it sound like he wrote the memos to cover his butt and that they are official accounts from his side of what happened. 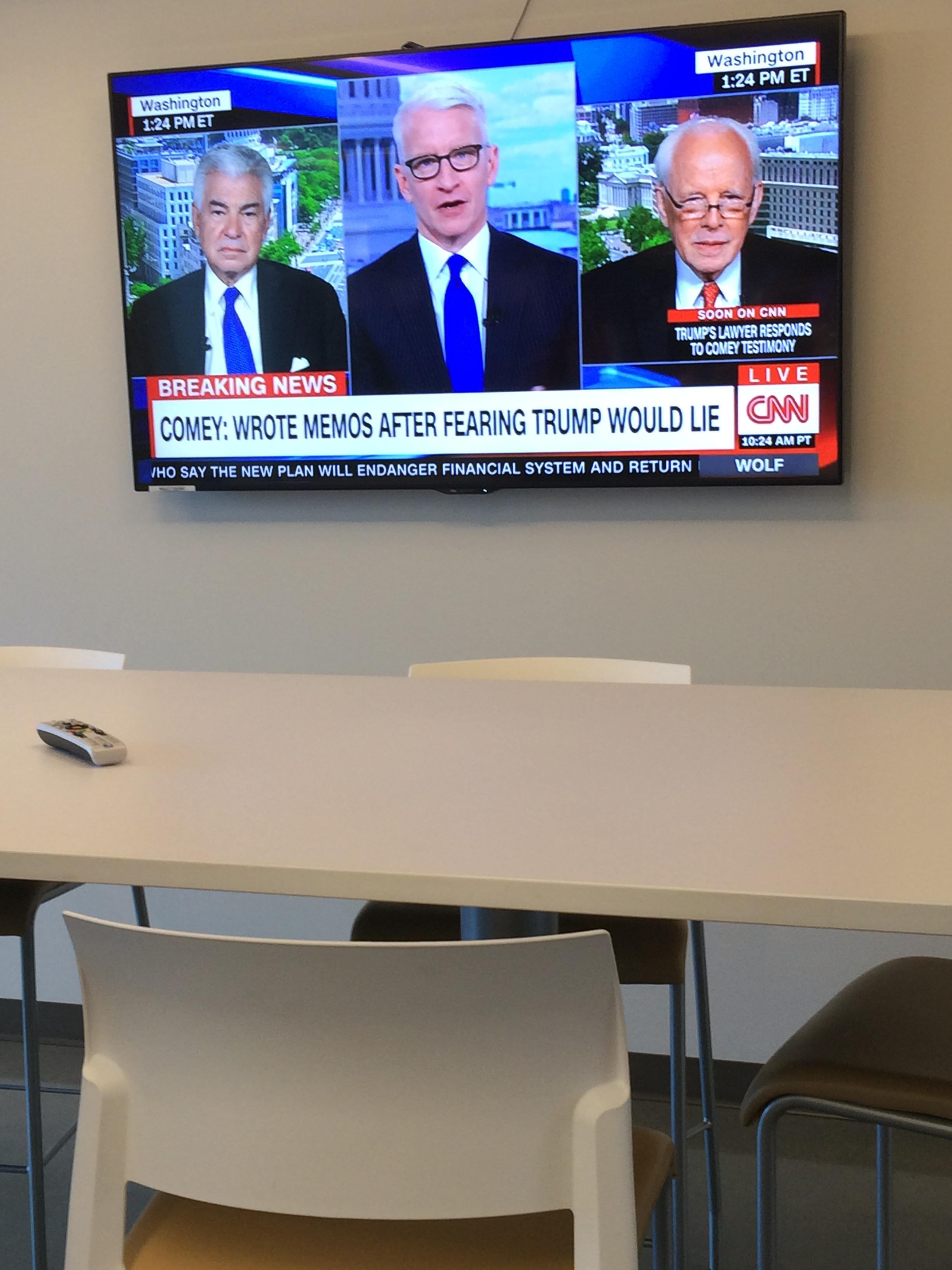 James Comey personally can introduce his copies of the memos and testify to their recorded information. This helps insulate him against charges that he is misremembering the time of the statement or the words that were said. They're still reliant on his testimony that they were accurate when he wrote them, but they protect him against incorrect recall.

Comey sent the memos to other people. The other people can testify as to when he sent them and what they said at the time. Also that their copies weren't tampered with from the time that they received them.

Comey sent some of the memos through official systems, e.g. by email. The times, size, and possibly the content of emails sent to and from government addresses can be reproduced after the fact.

Even if Comey had official records, they still wouldn't supply anything more. We have to rely on his testimony as to what was said and when. Any records only show that he made that claim at an earlier time. They don't show that the claim was true.

You don't include the exact wording of the CNN statements that made you think of these as official records. The quoted statement does not indicate that to me. The one thing that the memos establish is that he was making this claim to others previously and that he wrote down the words shortly after he would have heard them. They don't need to be "official" to establish those two things.

Memos do not prove fact (someone can obviously lie while writing something down) but they provide a written record which becomes harder and harder for the author to manipulate/spin if added to regularly and exhaustively. This can add weight in some people's perspective, yet are still weighed against the perceived credibility and honesty of an individual.

In the case of Comey's, a few memos are not likely to add a sense of legitimacy beyond that of a direct statement. If he later provides an entire string of memos taken over weeks or months, than it will be a different situation.

The time-stamps are official which serves to demonstrate they were not all conceived and written together after-the-fact.

Not the answer you're looking for? Browse other questions tagged united-states president law donald-trump fbi .

4
What can happen to President Trump in light of Comey's hearing?

5
What determines which of James Comey's memos were classified?
4
What can happen to President Trump in light of Comey's hearing?
2
Are American FBI agents not allowed to have personal opinions?
3
Can the President of the United States spend private funds on official events in the White House?
5
What is President Trump's first public reaction to Turkey's invasion into Northern Syria against his stark warning?
3
Does the FBI investigate social media accounts (on Twitter, Facebook etc.) for foreign influence?
16
May partisan events be held in the White House?
6
When are the election results official?