Who were the people behind Comey in the hearing room?

Not so much about the politics of it but about the organization of the room and customs of congressional hearings:

In James Comey's testimony today, who were all the people in the back of the hearing room with laptops at tables, and also who were the people just behind Comey on chairs?

Are they press, congressional aides, members of the intelligence community, a mixture, what?

Back of the room shot from NBC coverage at about 17:12 mark: 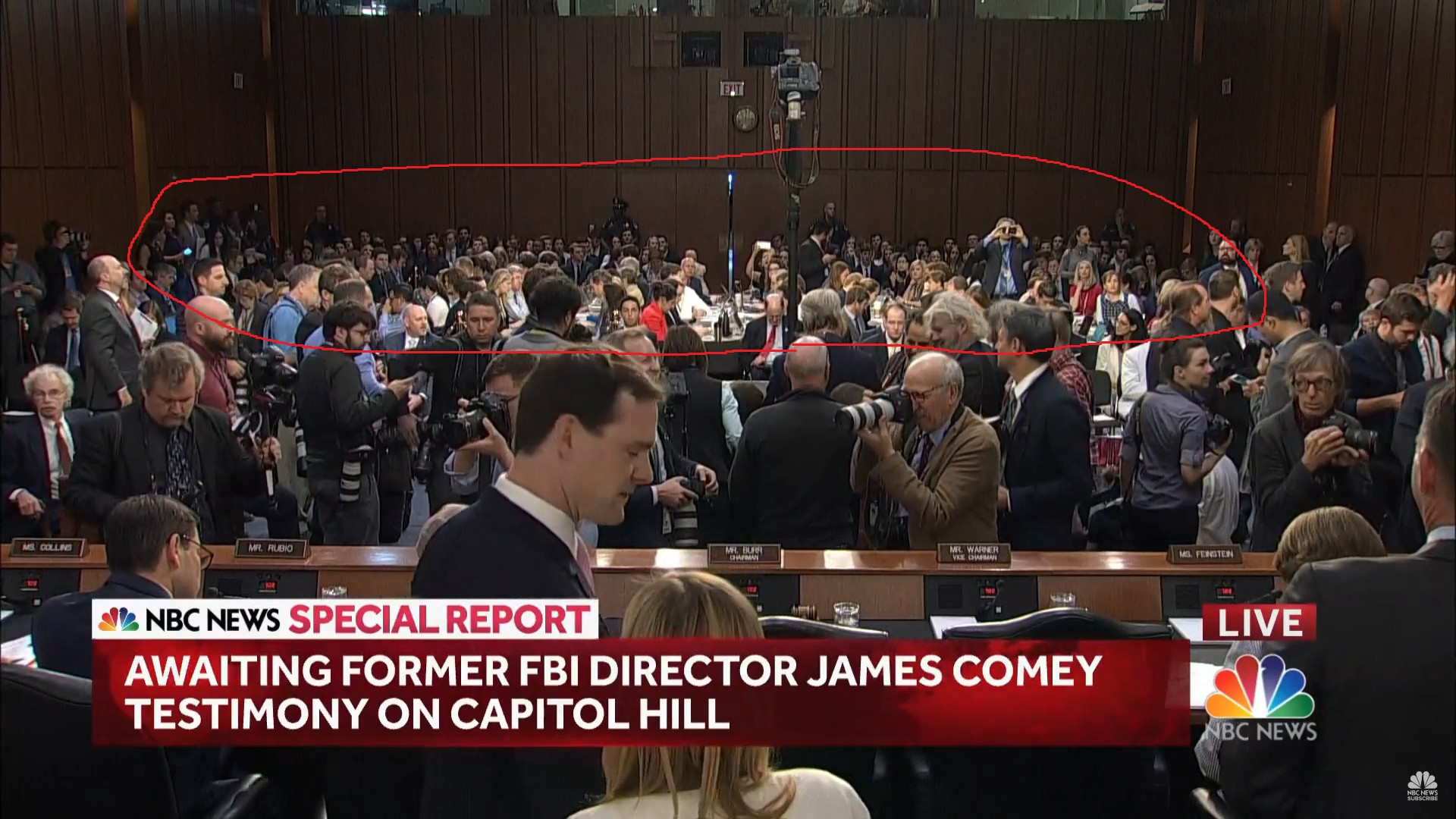 Seats behind comey shot from NBC coverage at about 20:10 mark: 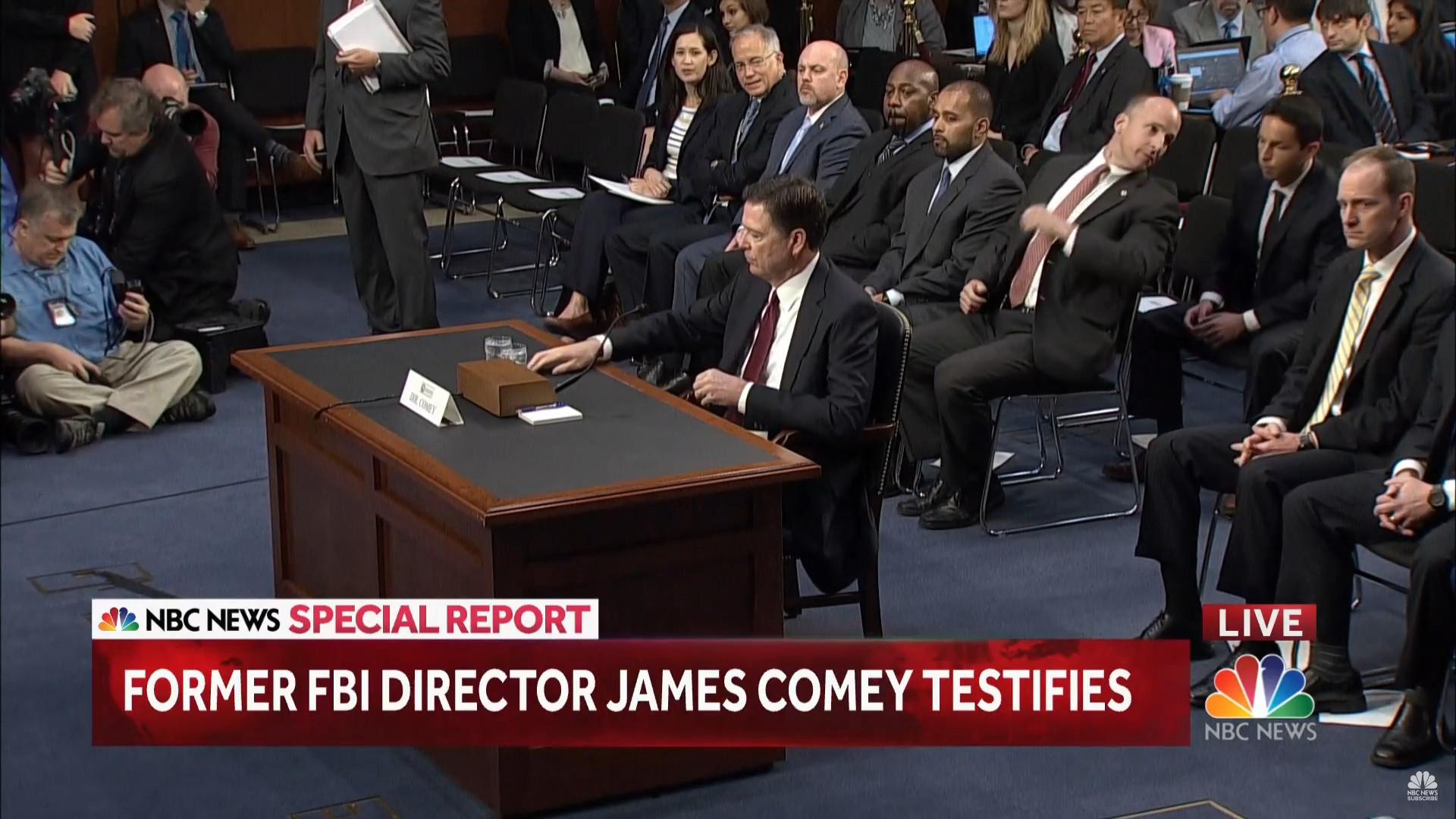 Note that I'm not asking specifically who these people are. I'm not looking for names.

I'm just curious as to what role they played in the hearing and/or who they were there on behalf of. Why were they in the room when the hearing could have seemingly gone on without them? (Since only congress members and Comey do the talking.)

The people at the tables with laptops are journalists from around the world. See, for example, these photos from the BBC's Rajini Vaidyanathan‏: photo 1, photo 2.

The non-journalists include people (including some Congressional staff) who had queued for hours, and those with reserved seats who presumably have a particular interest; this appears to include certain Representatives and Senators.

20
Why did the FBI director recommend that Hillary Clinton not be charged?
8
What is the expectation that the US intelligence community must answer questions posed in congressional hearings?
9
Can a Congress member allow a non-member to ask questions / argue during a testimony before the Congress?
8
How do you get a seat in the confirmation hearings?
23
Why are the Ukraine related congressional hearings behind closed doors?
30
How could people in Texas erroneously vote when they were ineligible?
5
Has the House Judiciary Committee abused congressional oversight “authority”?
6
Is the SCOTUS confirmation hearing anything more than a grandstanding opportunity?