What's behind the cat and mouse play of ISI and CIA?

There are several reports about Pakistan's Inter-Services Intelligence (ISI) targeting the CIA (example1, example2). But why? I am sure there are specific interests of Pakistan involved in this. What are these interests ISI trying to protect?

First of all, I need to say something about the links you supplied. 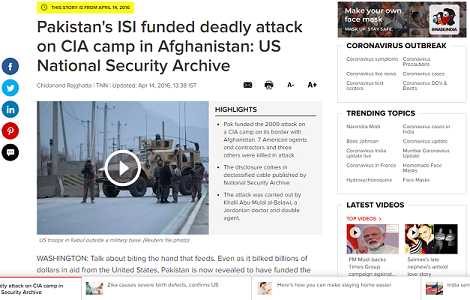 This is an Indian newspaper with a right-center bias, and the report is written by Chidanand Rajghatta who is stationed in the USA. 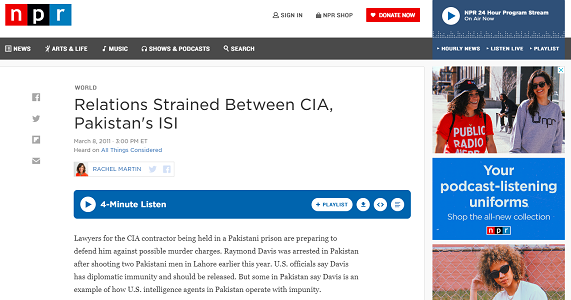 This is a US media house.

So, my first opinion would be - in case of any news related to Pakistan - I won't take any decision solely by consulting these media reports. I would like to consult more news media outlets.

Any news coming from Afghanistan can be explained by this source.

In essence, this is a power tussle between { Pakistan + Taliban } versus { Afghan Government aka Northern Alliance + USA + India }.

Not the answer you're looking for? Browse other questions tagged united-states pakistan intelligence cia afghanistan .

4
How has Pakistan managed to defeat the US in Afghanistan?

5
What is the origin of the Durand Line, and what is the liklihood that it will persist over time?
5
What makes Pakistan so important for US?
11
Is Seymour Hersh's account of the killing of Osama bin Laden credible?
4
How has Pakistan managed to defeat the US in Afghanistan?
6
Which USA Politicians want to shut down the CIA?
1
Why is the USA so concerned about Pakistan's alignment with China?