Prince Philip (husband of British Queen Elizabeth II) retired, as he told others.

Prince Philip is not merely the spouse of the queen. Understand that any member of the royal family is, essentially, a public servant. They cannot simply make decisions that ordinary citizens undertake. They must be viewed through the lens of how it makes the government of the United Kingdom look. If you have Netflix, I would highly suggest watching their series about the royal family, The Crown, which helps one understand the magnitude of being a figurehead of state.

Phillip's retirement largely has to do with his age. The man is currently 96 years old, yet continues to make public appearances. The graph CNN compiled for that article is staggering 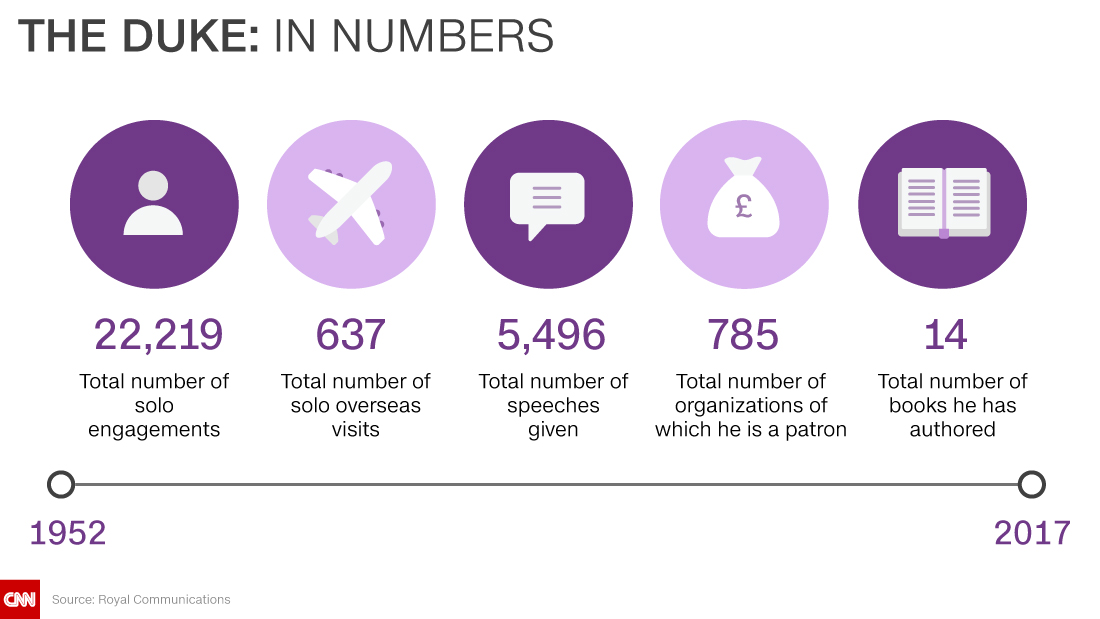 Prince Philip will have conducted a staggering 22,219 solo engagements since his wife's ascension to the throne in 1952, following her father's death. The Duke has also made 637 solo overseas visits, and by Wednesday, he will have delivered 5,496 speeches during his time as the longest-serving consort in British history.

Despite a recent hospitalization for the treatment of an undisclosed infection, Philip remains in good health for a man in his late 90s. In 2016 alone, the Duke attended 200 events as he continued to represent the royal family with his own distinctive flair.

So, yes, he is a public servant. He is the Duke of Edinburgh, father of the next King, and husband of the Queen of the United Kingdom. His presence commands the honors owed to a head of state. That is his office, and it will remain so until the day he dies.

Not the answer you're looking for? Browse other questions tagged united-kingdom monarchy .

18
In the Commonwealth realms, who succeeds when a King dies leaving a daughter and a son in-utero?
12
If the British King dies childless but with a pregnant wife, who is the monarch?
8
Why doesn't the UK hold a second Brexit referendum to clarify what the public wants from Brexit?
18
If the elected UK parliament falls into disarray, can the reigning monarch take over?
8
Did the supreme court overrule the monarch?
1
Does the Queen have the power to dissolve the UK parliament?
10
What is the Queen of the United Kingdom's "Official" Birthday?
5
What prompted the commissioning of Lord Dyson's report