What is the point of the president visiting regions struck by hurricane?

The president is a busy person. What is the point of the president (currently Trump) taking time out of his busy schedule to pose for a few pictures in a city struck by disaster?

During Katrina, George W. Bush was criticized for not going sooner.

Donald Trump is going because it is expected of him. And maybe because he thinks it is helpful. Or even just to make people feel better.

When the time comes to ask Congress to authorize funds, having been there gives more credence to what he will say. In and of itself, that may make it worth it.

Perhaps the intelligent thing would be to have someone lower profile do this. But that wouldn't be nearly as emotionally satisfying to the victims. And politicians are far more subject to emotional than intellectual reactions.

When a large-scale disaster happens, the head of government is expected to visit the site in person. The intention is to provide emotional support for the disaster relief forces and the victims of the catastrophe by showing that the government is aware of their situation.

Here is Barack Obama visiting the area of the Waldo Canyon Fire: 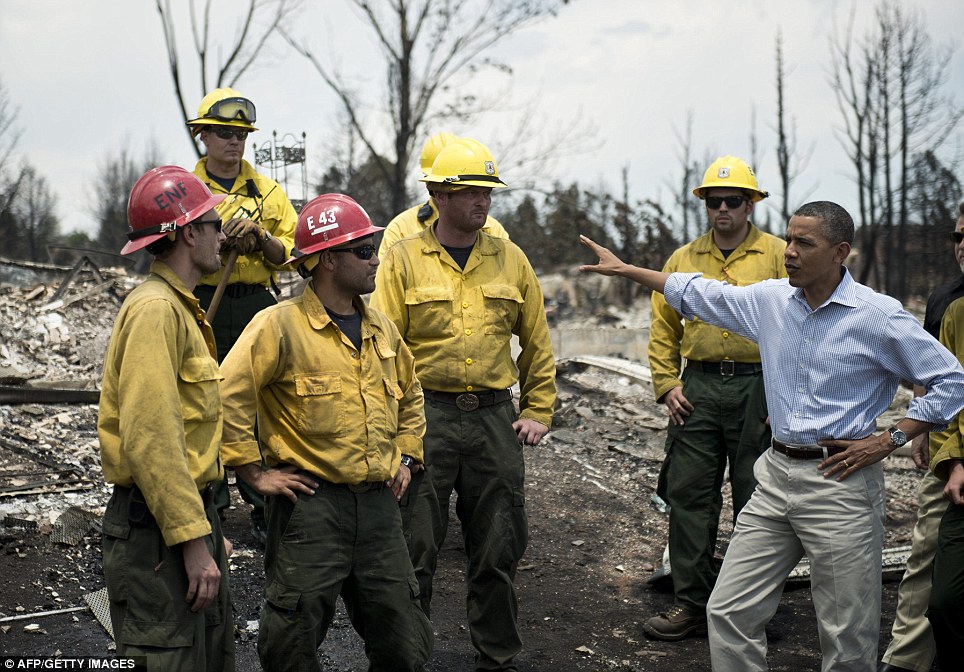 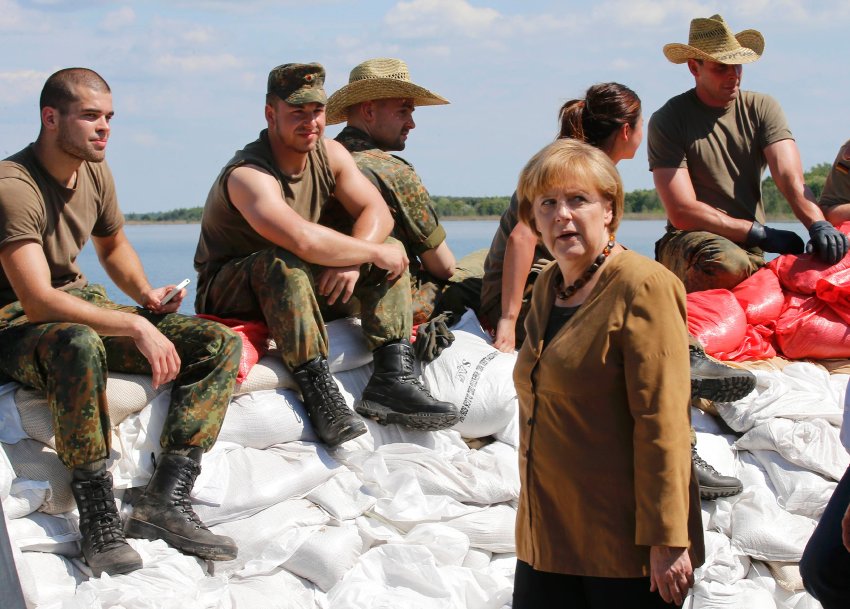 Here is Theresa May, Prime Minister of the United Kingdom, investigating the remains of the Grenfell Tower: 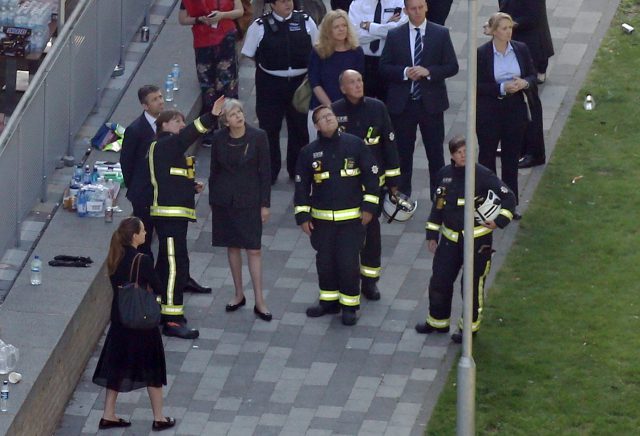 TL;DR Leadership is about symbolism, not just utility

There are wider issues than the immediate practical needs of the area struck by disaster.

Leadership works on a symbolic level as well as a pragmatic one. A head of government makes decisions about budgets and policy; but he or she is also expected to articulate a response to the hopes and fears of the public. There are practical benefits to visiting the scene of a disaster, as the national leader is able to meet with local officials and survey the damage first-hand; but to a large extent these are secondary to the symbolic effects.

A personal visit symbolises commitment to helping the people affected, and supporting the emergency services. Winston Churchill is remembered for visiting sites of bomb damage during the Second World War: A speech or press release cannot possibly match the emotional impact of physically embracing the victims:

In a broader sense, any of us could be caught in a disaster at any time. The government seeks to reassure everyone that it will be ready to protect us. If the head of government doesn't care (or at least seem to care) about people in another city, he or she probably doesn't care about me either. An indifferent response to disaster can have severely negative effects on a government's popularity.

For example, British Prime Minister Theresa May was heavily criticised when she visited the scene of the Grenfell Tower fire, and met with police but not any of the victims:

The implication of your question is that there is no point, and you may be right. There may be no practical benefit to a leader being physically present at the site of a disaster. Their presence may even interfere with rescue efforts.

If a leader doesn't do this, then despite the dubious value and potential harm of doing it, the media will disingenuously attack them as lacking concern or compassion. At the extreme, leaders have been attacked for not Tweeting their sympathy and concern within hours of an event, before accurate information is known to the public or possibly even to authorities.

After Katrina, President Bush wanted to land Air Force One at a nearby air base, and visit the scene first hand. But the Air Force told him that such a move would mean shutting down the base for three hours, and that meant delaying receiving food, water, medicine, and supplies for three hours. Bush did the compassionate thing, and kept the base open. But he released a picture of himself surveying the damage from 10,000 feet in the air.

The press was merciless. He was portrayed as an incompetent, uncaring president. To this day, people blame Bush for the fact that recovery from Katrina took years rather than months, and is still going on. With regard to Harvey, on the other hand, news reporters are already saying that the recovery is going to take years, and they aren't laying the blame for that on president Trump.

As a side note, all of the major news networks sent their anchor down to Houston to report from the scene, in spite of the fact that they might have delivered a better report by staying put, and obtaining information and video via the digital network. Intellectually, the public knows that information travels around the globe in seconds. Emotionally, we still think things are they way they were 70 years ago.

From a purely practical point of view, nothing.

From a sentimental and symbolic point of view, he is showing that he at least pretends to care that the flood is happening and that people are affected. And this reassures the people affected by the flood and people who are doubting Trump's compassion.

He is going to discuss with the State governers a budget for aid and financial support. This, of course, is much more effective if done in person.

10
Which institution verifies the behavior of the U.S. President?
50
Is there a legal way that can be used to force the President of United States undergo a mental health examination?
17
When may the President of the United States order military action without congressional approval?
9
If the office of POTUS was obtained illegally, what happens?
6
What was the point of the Smear Campaign on Yovanovitch?
10
Could a US president do to the NRA what Trump is currently doing to TikTok?
10
Can the Acting President break ties in the Senate?