Why is a sympathizer of a party the party itself

In German Federal elections (my country) there is a radical left-wing party called MLPD (Marxists Leninists Party of Germany). They choose to not stand for election alone, they have joined a league of organizations.

Is there a difference between Sympathizers of PFLP and the PFLP party itself?

The confusion stems from the fact that the MLPD changed their homepage. It used to say PFLP, but now it says "Symphatisanten der PFLP" ("PFLP" links to the official PFLP website): 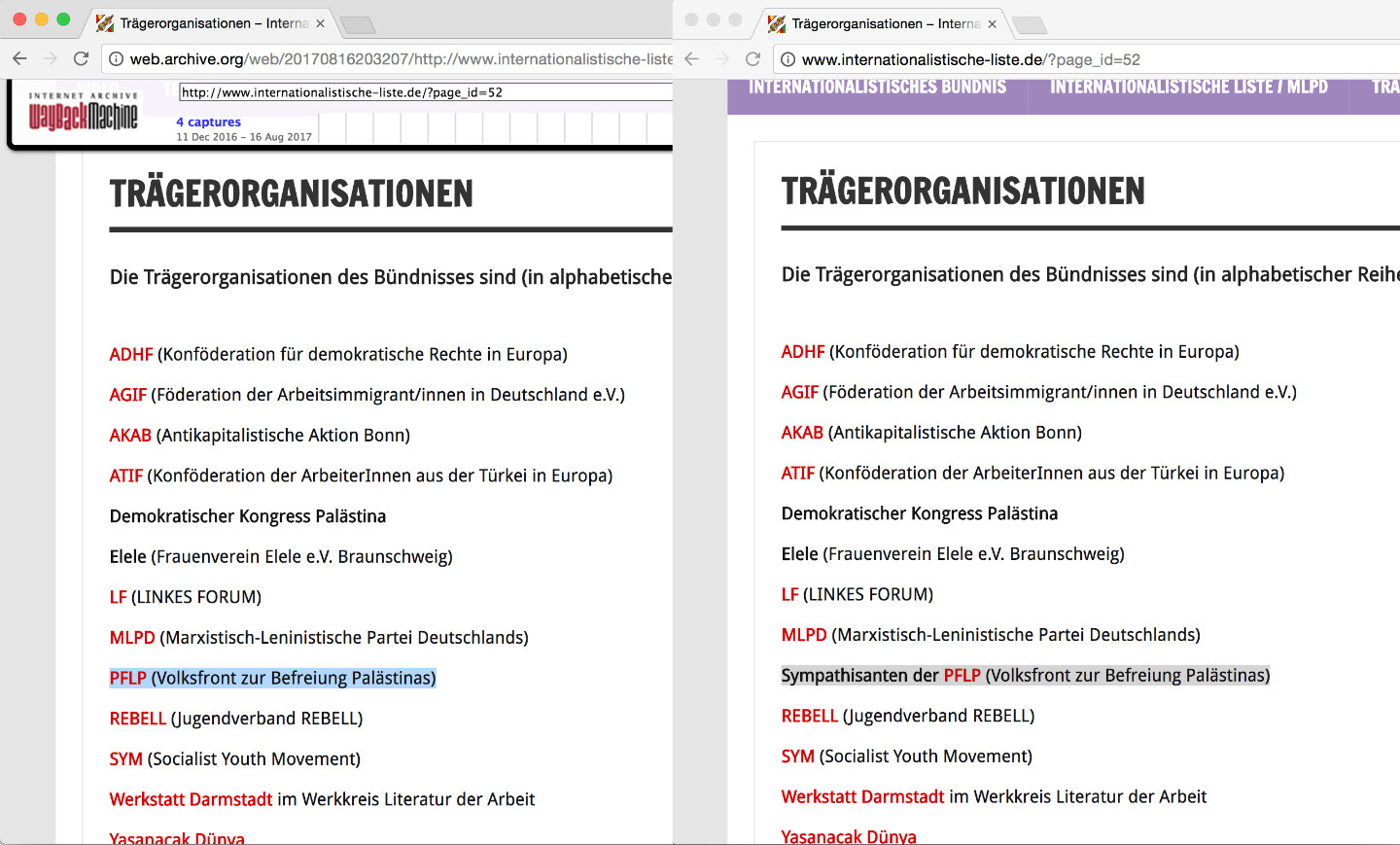 The MLPD says that the previous entry was a mistake.

The MLPD further stated that they do not consider the PFLP a terrorist organization because 1) They say the source for it is the Hamas, which is a "fascist terrorist organization" and as such not reliable 2) They do not accept the designation by the EU because the EU is an "imperialistic alliance of states". Because of this, they see no need to distance themselves from the PFLP itself (or the sympathizers, obviously).

In a blog post, the MLPD states that the PFLP is not part of their alliance, nor are members of the PFLP part of it.

The PFLP also says that they do not run or participate in the German election and that the Symphatisanten are not affiliated with them. They put the blame for the story on "zionists" and far-right organizations.

Not the answer you're looking for? Browse other questions tagged germany marxism leninism .

9
Why did Marx believe that mass industrialisation was a prerequisite for the proletarian revolution?
10
Is Alternative für Deutschland really an extreme right nationalist party?
12
What part of the German political system makes it possible for chancellors to stay in power for so long compared to other parliamentary​ states?
4
What’s the point of a party running with a list in the federal election if it cannot possibly pass the electoral threshold?
9
In Bundestag election, can a party abuse the system by endorsing independents in constituency (first vote) races?
17
Why was the Germany's “Left Party” the only one to abstain from voting to create anti-Semitism commissioner?
9
Why did the renaming process of the Karl-Marx-Allee street in Berlin back to its prewar name fail?
10
What is the point of Germany's 299 “party seats” in the Bundestag?
12
What is the current official view of Lenin and Stalin in Russia today?