Is there any region that considers to or already uses Demarchy?

According to this article, Demarchy is a form of statistical representative democracy which rely on collective intelligence:

Improving on the age-old model of sortition democracy, by which the citizens of Ancient Athens and Serenissima Venice flourished and prospered, the internet now facilitates an improved form of decentralised self-governance by adding collective intelligence to the mix. Citizens are no more impotent subjects to those in power. They make all decisions themselves, in a participative and deliberative process performed by a large number of parallel representative sociodemographic samples from their midst.

This is advertised as having numerous advantages, such as legitimacy, neutrality, rationality and inclusive.

Question: is there any region (at least several thousand persons) that considers or already uses Demarchy or something very similar?

The older definition of Demarchy refers to sortition, or:

In governance, sortition (also known as allotment or demarchy) is the selection of political officials as a random sample from a larger pool of candidates. The logic behind the sortition process originates from the idea that "power corrupts."(citation needed) For that reason, when the time came to choose individuals to be assigned to empowering positions, the ancient Athenians resorted to choosing by lot.

And indeed there were regions that used this system in antiquity. Today, as far as I know, the use is far more limited but Wikipedia mentions the use of it by some Amish communities.

The definition you seem to be asking for is actually the one advanced by John Burnheim which assumes a stateless society (but not necessarily within the philosophical range of Anarchism) (source).

In his book Is Democracy Possible? The alternative to electoral politics (1985) Burnheim used the term "demarchy" (created by Friedrich Hayek in his Law, Legislation and Liberty) to describe a political system without the state or bureaucracies, and based instead on randomly selected groups of decision makers.

As far as I know no large scale example of this exists today.

NOTE: As a curiosity (as representation in culture) the only interesting representation of an even more progressive form of demarchism I read about was the demarchist societies of the Revelation Space book series by Alastair Reynolds:

The Demarchists (pejoratively referred to by outsiders as zombies) were a faction of humanity who had a political system of democratic anarchy, or "Demarchy". The Demarchy functioned by means of a neural implant that constantly sought the user's opinion on aspects of Demarchist life. 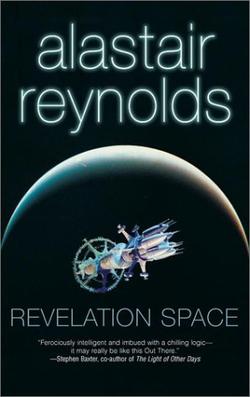 Your question is quite broad, and the manifesto that you link to a bit more specific, but if we consider specifically the Sortition component of it, we can have a look at Wikipedia (linked below your article).

In particular, it points to the use of sortition in history: besides the already cited Athens and Venice, Florence had it for a while, as well as some parts of Switzerland (ref) and some Indian villages (ref).

The main current use of sortition is for common-law based juries. But also punctually for some decisions process (cities' development).

The same Wikipedia page actually lists some recent/current examples. Without reporting the whole list, one can point two examples:

Not the answer you're looking for? Browse other questions tagged democracy political-theory political-system sortition .

3
Is there any difference between demarchy and stochocracy?
1
Are there any bodies or agencies that collate UK polling data?
8
Create a System of government that uses the Stack Exchange system to make decisions
2
Are there any sources that quantify the liberal democracy shrinkage / recession?
1
Is there evidence that Gotabaya Rajapaksa uses politically motivated kidnappings?
2
Are there any proposed systems to bring more long-term planning into (democratic) government?