Why did the USA suspend its military aid to Pakistan in 1965?

USA sanction Pakistan just after the 1965 Indo-Pak war. Pakistan was a strong ally of the USA then, as I believe. Look at the following image. There is a suspension in 1966 in the area of military aid. 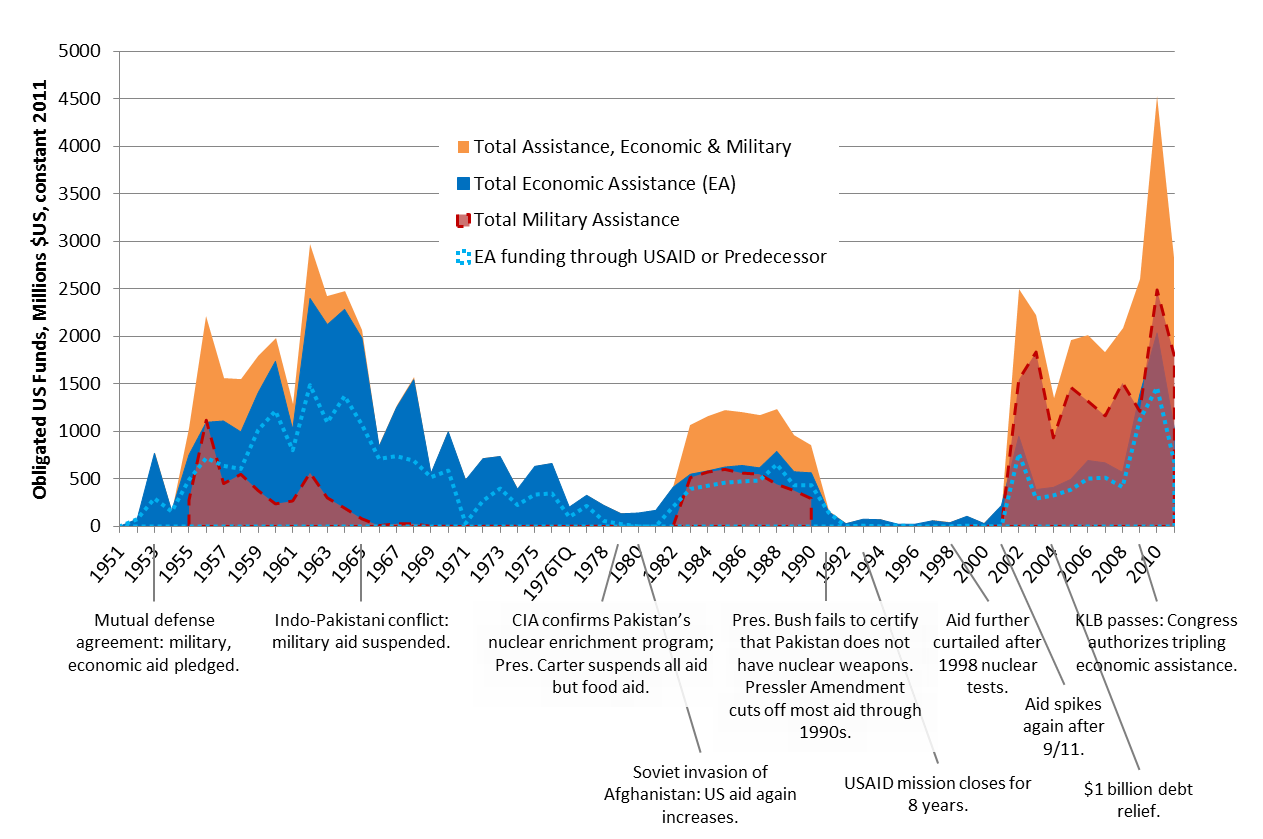 India didn't have any supply of weapons from the USA. India was also not involved in an alliance with the USA. Pakistan was a member of SEATO, CENTO. A decrease of assistance affected only Pakistan, not India.

It seems an act of betrayal to me.

So, what prompted the USA to cut the supply of military aid to Pakistan to compromise the alliance? What was the psychology of the USA behind that act?

A fair bit of searching online did not turn up any mention of U.S. sanctions on Pakistan in 1965. However, the U.S. Department of State's website does include a discussion of U.S.-Pakistani relations during this period.

According to the Dept. of State, the United States and Pakistan had enjoyed a consistently positive relationship in the decade or so prior to 1965. This was largely because Pakistan was actively resisting U.S.S.R influence in the region and because it was seen as a model secular nation in the predominantly Muslim region.

This changed around 1965 when Pakistan and India went to war over the Kashmir region. India and the United States had a tepid relationship largely due to India's participation in a neutrality movement (the "third world"). When the U.N. Security Council passed a resolution calling for an end to the conflict, the United States ceased nearly all of their military-related aid to both sides. Since Pakistan received most of that assistance, it was felt much stronger by them.

This could be what you mean by a "sanction". It isn't formally a sanction, but it is a significant decrease in assistance.

The only explanation I can guess is that the USA saw Pakistan's attack on India in 1965 as a possible shift of balance of power in favor of communist China.

Pakistan was a member of US-led anti-communist pole (SEATO, CENTO, etc) from its inception. But, due to hostility of China with India, Pakistan started to warm relation with China ("An enemy of my enemy is my friend"). The progress was steady and significant:

USA saw the warming of the relationship of Pakistan with a communist country, especially during the peak of Cold War, as a duplicity from Pakistani side (we can see a sudden slump of US aid in 1961, and a steady decline from 1962).

India was a nonaligned country, so posed no real threat to the USA. When Pakistan attacked India in 1965, USA considered this as a meaningful rise of a second communist power.

4
Military aid Israel has received from the US
5
Why didn't Pakistan face any sanction from the USA for sheltering Osama Bin Laden?
3
How does "the military" control Pakistan?
5
Why is the Biden administration interested in mending military ties with Pakistan?
26
Why has Pakistan never faced the wrath of the USA similar to other countries in the region, especially Iran?
0
Why did the Pakistan government put more importance on road communication rather than railways?
2
Does the US policy towards 5 smaller countries in South Asia depend on the final say of India?