As I understand it they have no voting ability and while they pay some taxes they are exempt from on of the biggest taxes, income tax. I believe they are other taxes states pay that territories do not?

This means the average citizen of a US Territory is paying less in taxes then the average citizen of a US state (or DC citizen). I'm wondering how this affects the financial support that the US provides to this territories. Do they gain all the same expense and financial support of a state, which would imply they are guaranteed to receive more in federal funding they they pay in in taxes due to their not paying income tax? Or are there some forms of federal funding territories do not gain that a state would?

If the US government does provide the same degree of federal funding does this mean that a territory is always costing more in tax dollars then provided, and if so what is the incentive for The US to take on territories?

Here's a chart that better shows US states compared to Puerto Rico in terms of what they get back and what they contribute:

Transfers to Puerto Rico, which is a US territory not a fully incorporated state, exceeded 290%. Where did these transfers come from? New York transferred over $950 billion to the rest of America’s fiscal union from 1990 to 2009. But relative to the size of its economy, Delaware made the biggest contribution, equivalent to more than twice its 2009 GDP.

So does this mean Puerto Rico is contributing nothing? Not quite. As the charts show, during the period of 1990 to 2009, Puerto Rico contributed more in federal taxes to the union, even without the federal income tax, than six other states: Montana, North Dakota, Alaska, South Dakota, Vermont and Wyoming. Now that is just in total numbers, proportionally speaking, the story would be a different one, since Puerto Rico would be 25th in terms of population if it were a state.

What's the federal spending of Puerto Rico compared to US states? 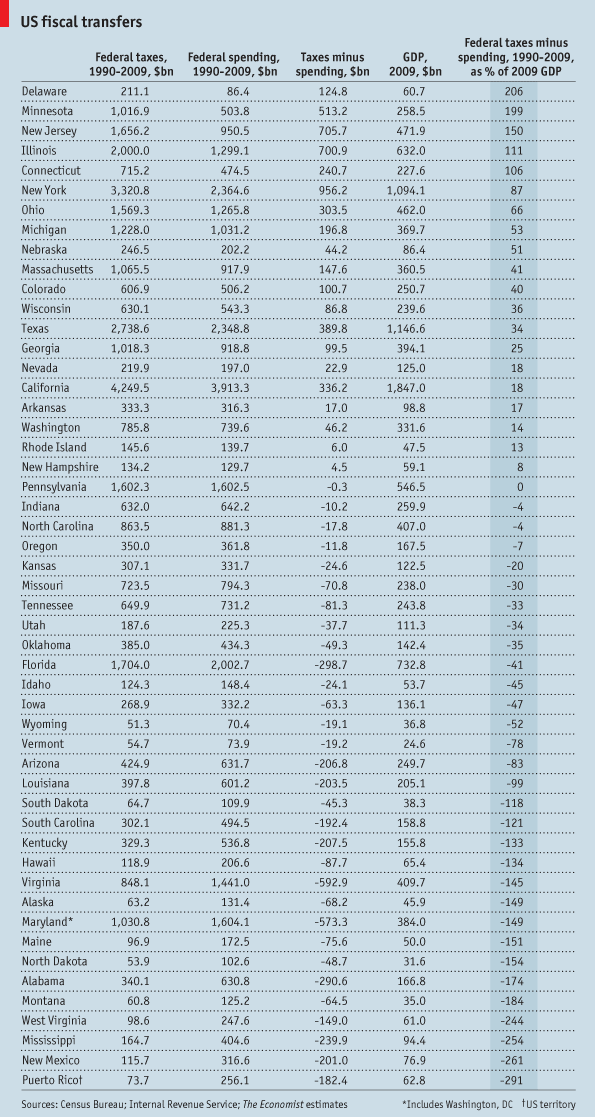 In overall terms, Puerto Rico is indeed getting the best deal out of the fiscal union, merely in terms of GDP versus federal spending. It is needless to say that this would be unsustainable, but this reality has been evident for a while now, and Washington seems content with the status quo.

That said, this information likely only fuels the perception of those who believe Puerto Rico should not receive any help during the fiscal crisis, even in the form of re-extending Chapter 9 bankruptcy protection to municipalities in the territory. In the meantime, states like New York, California and Delaware are subsidizing jurisdictions, including Puerto Rico. The one difference being, that unlike with the other jurisdictions, Congress could make the situation a bit more fair, but fully integrating the territory as a state of the union. You also have to look at the population of Puerto Rico: 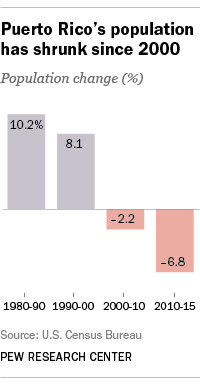 Puerto Rico's population has been shrinking and continues to shrink as more people are moving to the states.

According to Census.gov, the average income of a resident in Puert Rico is $19,515

Now, compare that to average household income of US reisdents which was $73,298 and the picture becomes much more clear.

Break down of average household income of Puerto Rico residents 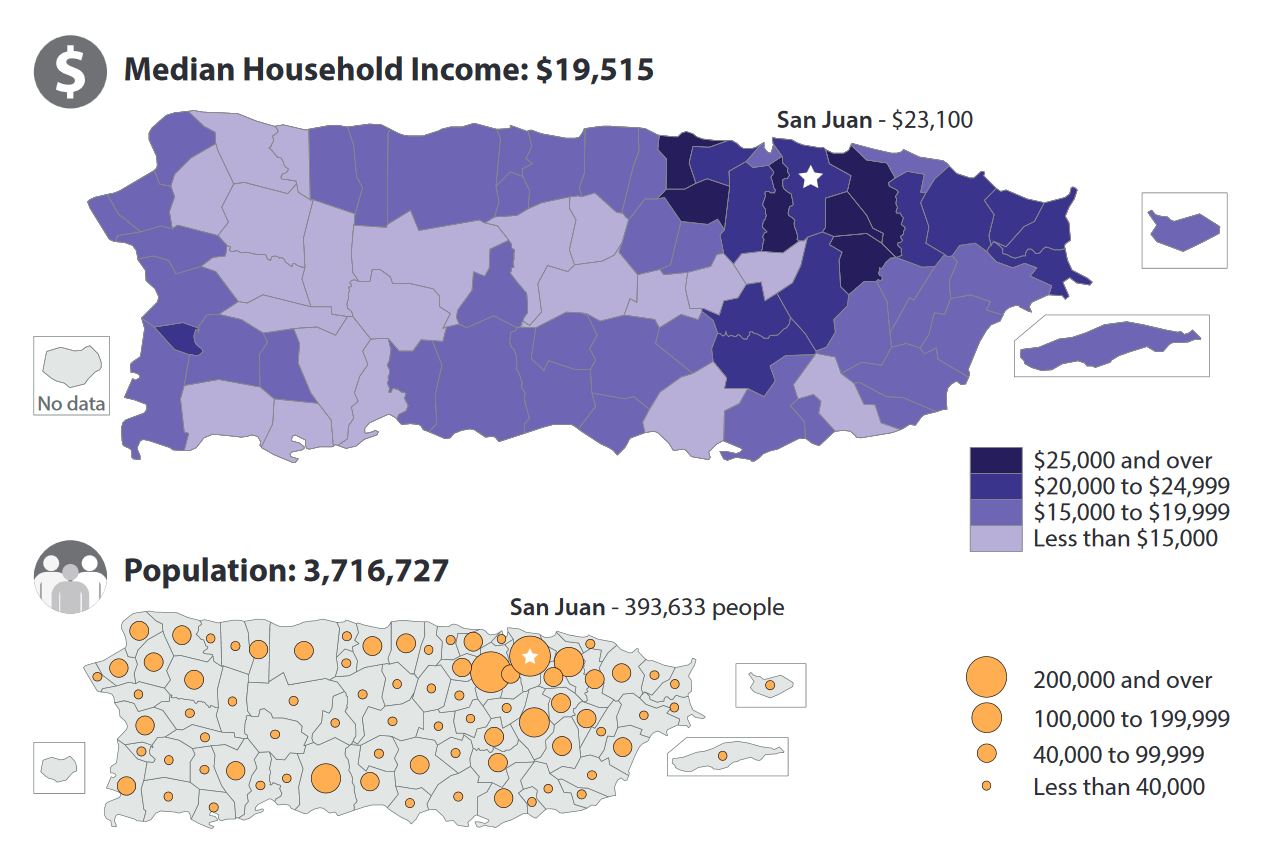 In short, there's a lot of factors at play here. Cost of living, average household income, population size and lots of other factors. Just because they don't pay federal tax, does not mean they don't contribute(as shown in the graphs).

It can also be do the the No taxation with representation theory as Puerto Rican's cannot vote in US elections.

Not the answer you're looking for? Browse other questions tagged united-states taxes funding .

13
What are the possible downsides for Puerto Ricans if Puerto Rico becomes a state?

1
What share of federal tax breaks do the rich get?
15
How much will the ObamaCare tax penalty cost?
1
Why does Tax Freedom/Cost of Government day differ so much in the United States, and how are they calculated?
7
Why are some wage taxes officially paid by the employer, even though they're really paid by the employee?
2
Progressive income taxes
2
Why are property taxes higher in some places than others (United States)?
44
Why does the US require non-resident citizens to file taxes even for non-US income?
1
Would taxing land be more simple than taxing income?