Since the war, why did South Koreans make Seoul their capital again?

Seoul is very close to North Korea. Indeed, during the war, the city was even at times controlled by North Korean forces. During this time, Busan was the capital of South Korea.

However, today, Seoul is by far the biggest city in South Korea, with 10 million inhabitants (compared to 3 million in Busan), the capital, the political and economical center of the country.

Why? Why have the South Koreans decided, since the war, to return to Seoul and make it the center of their country, when it is so close to North Korea, and currently within mortar range? Indeed, if war ever broke out with North Korea, experts estimate that North Korea could wipe out Seoul.

Obviously you cannot just pack your bags now and move down south to Busan, but, during the 50s, wasn't that the obvious thing to do? Why would you willingly move your civilians close to the border within close range of the enemy? Even if North Korea didn't have this heavy artillery back then (I am pretty sure they did?), surely it should've been obvious that at one point, they would have such artillery, so Seoul's location is not optimal and Busan should've remained the capital? 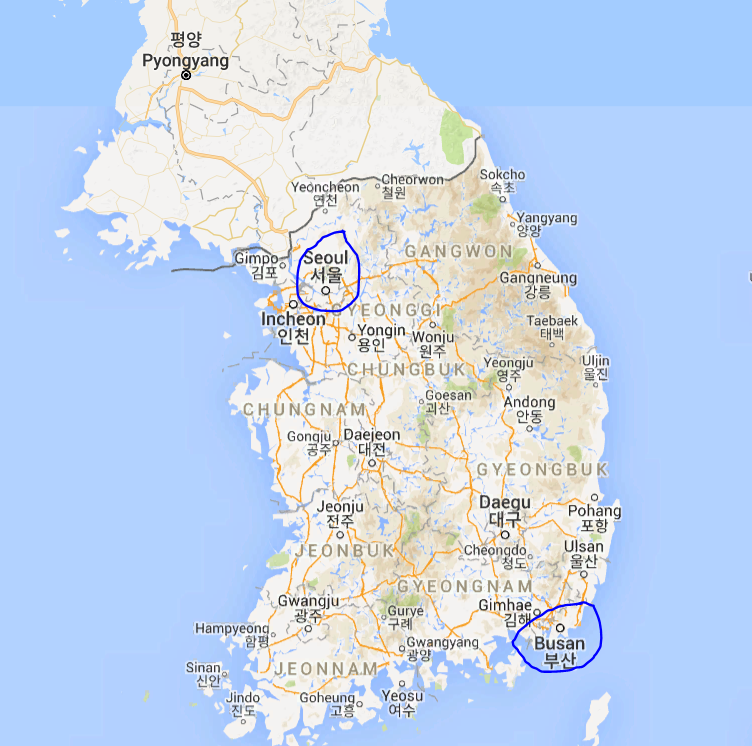 There is a tradition of Seoul being the capital of Korea, dating back to the 1400s, indeed it's current name means "Capital". To move the capital (i.e. to move the government) would be a defeat.

There would be limited benefits, just moving the seat of government doesn't move the people. Even if Busan had been made the capital of South Korea there would still be a city of 1.5 million in 1955 close to the border with North Korea, and still vulnerable to attack from the North. The location of the Government doesn't change that.

You will note that national pride in the location of a Captial is not limited to Korea. The capital of the USA wasn't moved during the war of 1812, and when Germany reunified, the capital of the Bundesrepublic was moved from Bonn to Berlin as soon as possible. Not because Berlin was better located, but simply for national pride.

Not the answer you're looking for? Browse other questions tagged north-korea south-korea .

14
Why does the US still have military bases in Japan and South Korea?
11
Why is China annoyed at the installation of THAAD in South Korea?
21
Why doesn't PRC help install a new leadership or stage a coup to preserve DPRK -- or even take it over altogether before the US does?
26
Why is the US seen as the sworn enemy to the DPRK when there were many other belligerents involved in the Korean War?
2
What reasoning did the South Korean government provide for blocking HTTPS?
1
Why are Japan and South Korea two topmost lobbyist in the USA?
5
Why does South Korea invest 4.6% of their GDP in scientific research?