Who are they? Why do they stand during the speech? 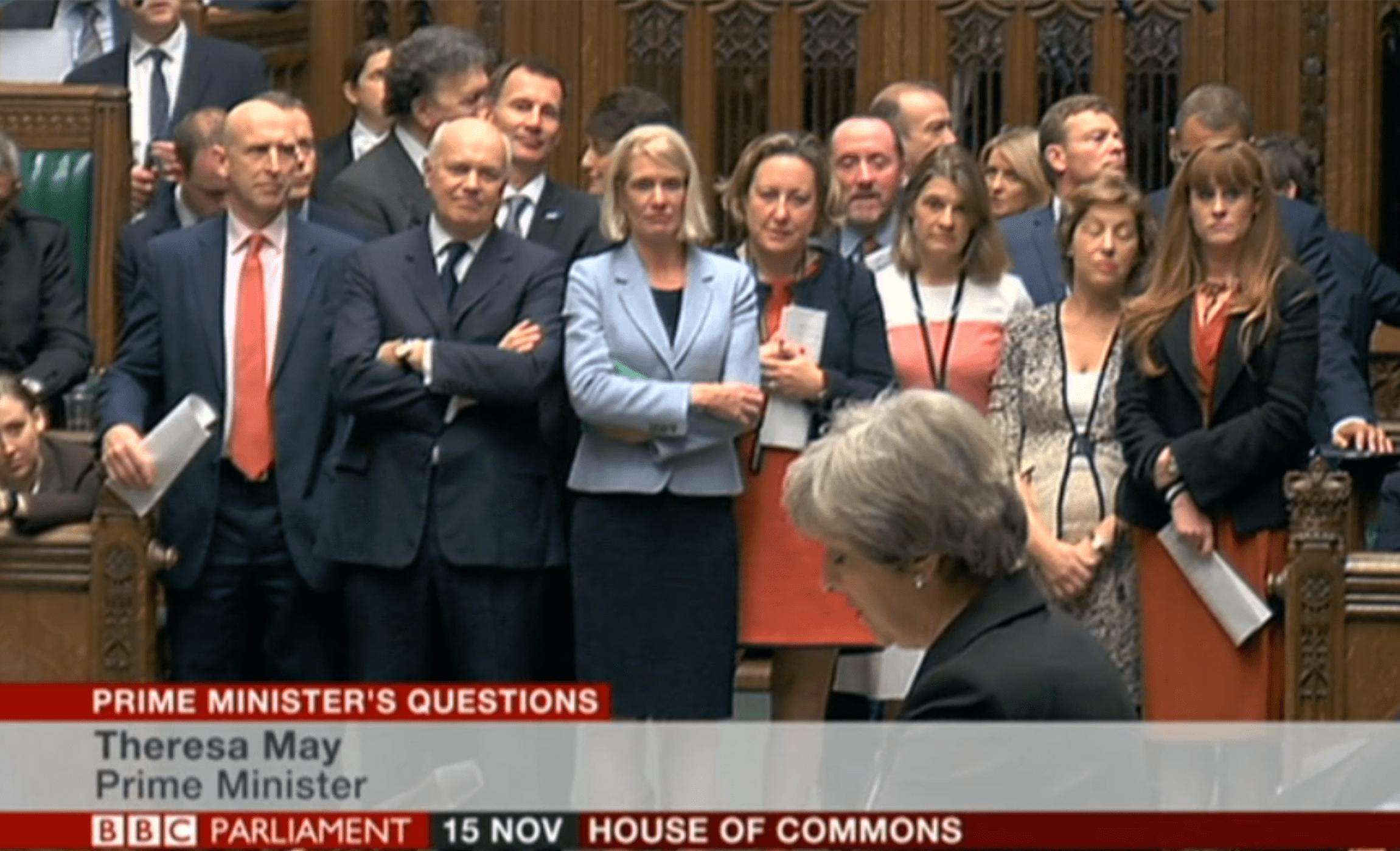 Those are MPs who presumably can't find space to be seated on the (government in this case, since I recognise Iain Duncan Smith and Jeremy Hunt) benches. Over the years the number of constituencies in the UK has grown to 650, but the Victorian era Palace of Westminster debating chamber only has seating space for something like four hundred. In most cases this wouldn't actually matter, since it's relatively rare for all MPs to attend a particular debate, but given the date on that video, this was a day of debate over the EU withdrawal bill, so turnout was naturally high.

The answer is of course correct. I just want to further support it by showing evidence that MPs stand not only in that particular place and in PMQ, but actually all over the place, and in any session. For instance, in this video, about a historic vote for holding the government "in contempt of Parliament" (happening on Tuesday 4th of December of 2018), you see the house "packed", with people even standing in doorways and back. Some captures: 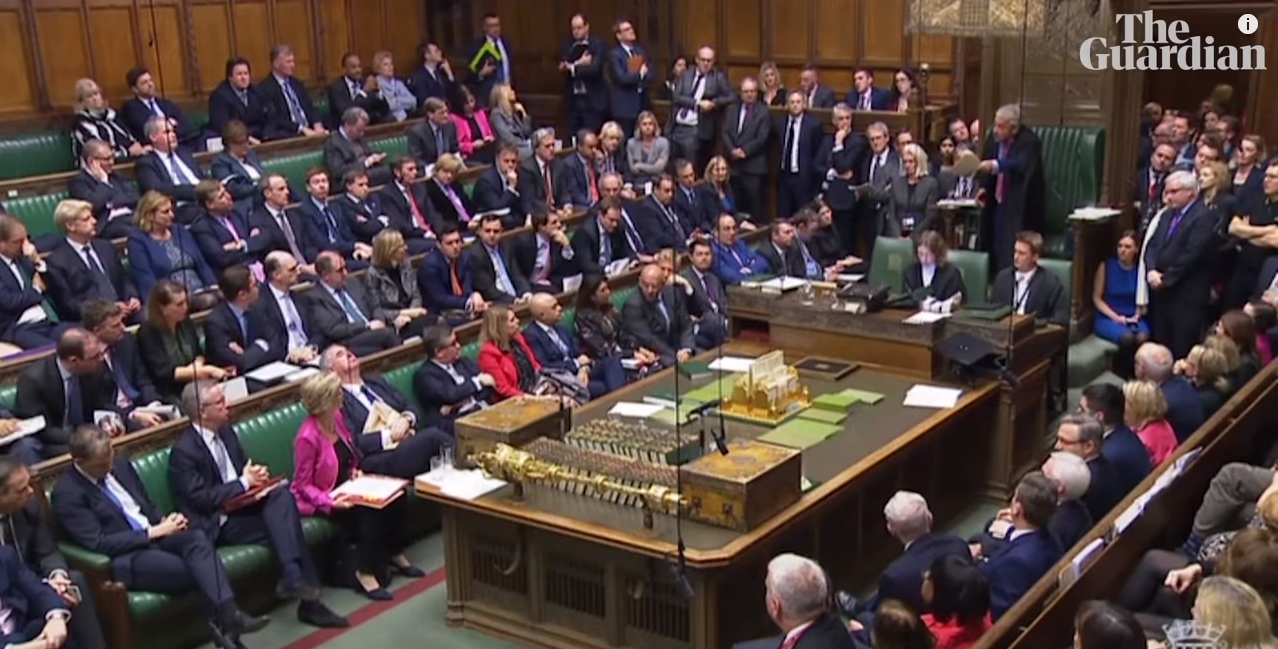 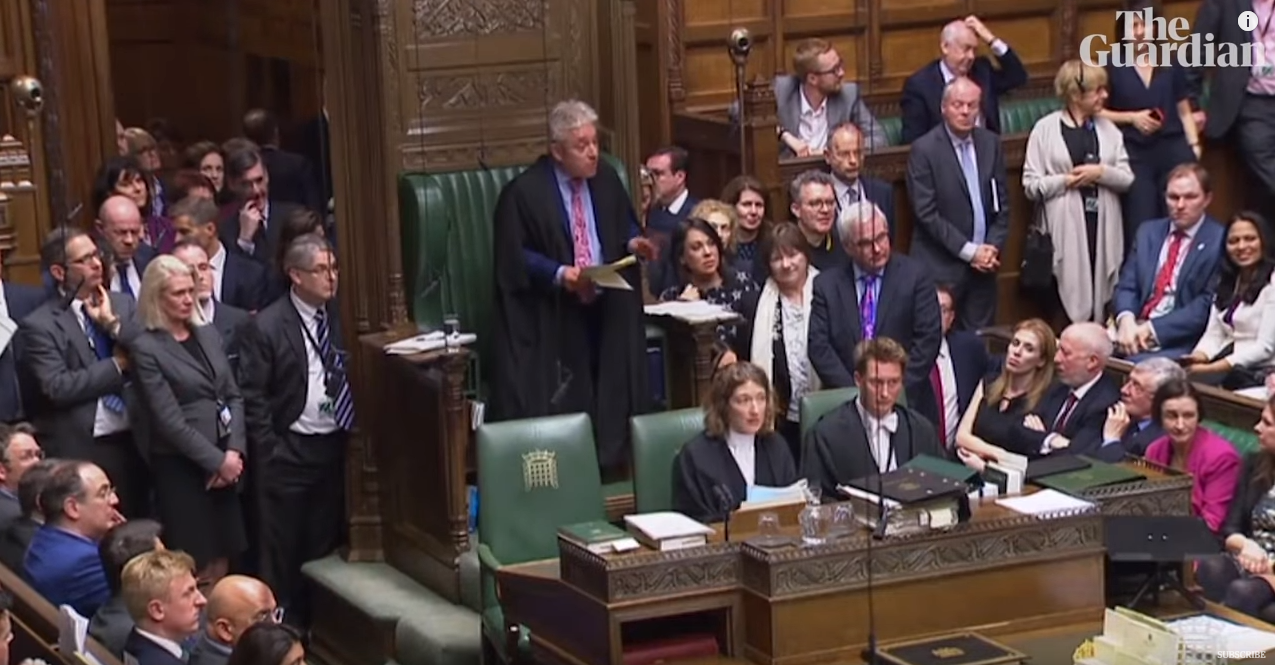