Taking a look at the following map of Europe highlighting NATO members, I saw a rather strange hole in the center. Switzerland, Austria & Liechtenstein are the only Central European countries that are not NATO members. 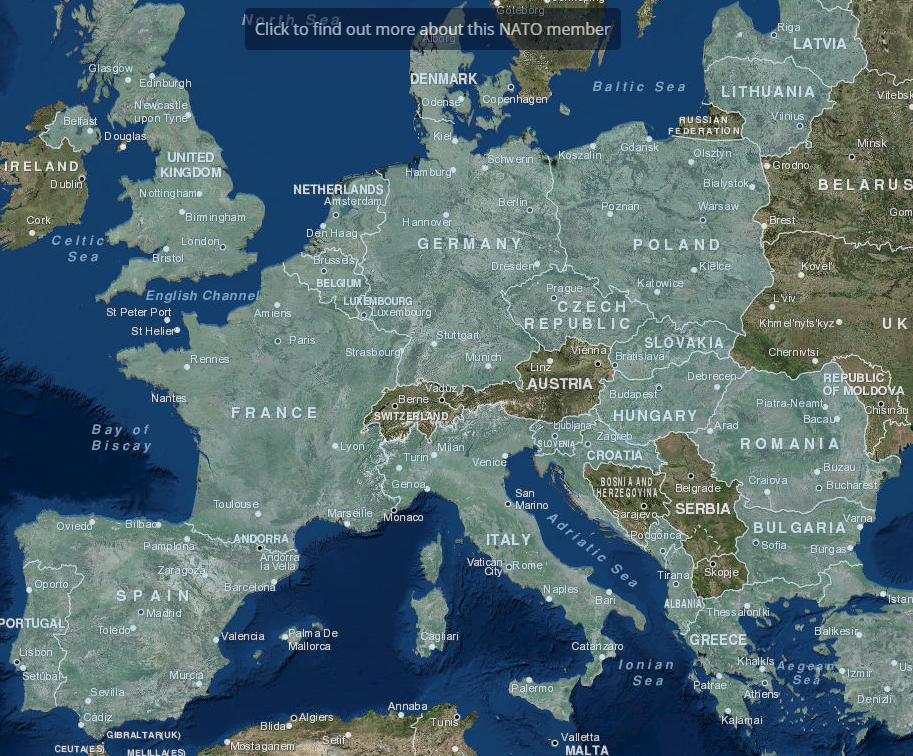 Switzerland has a long tradition of neutrality (more than 200 years) and this can be a strong argument for not joining NATO. On the other hand, Austria was involved in both World Wars (as the Austro-Hungarian Empire in WW1) and, theoretically, it is placed closer to Russia than Spain or France.

Question: Why is Austria virtually the single Central European country that has not joined NATO?

Short answer: it is not allowed to join NATO.

By the end of WW2 Austria and Germany were occupied by the Allies. In 1955 Austria signed a treaty with the Allies, which - in essence - ended Allied occupation in return for a declaration of perpetual neutrality. This is the reason why there are foreign military bases in Germany (e.g. Ramstein Air Base of the US Air Force), but there are none in Austria, as the Allies left in 1955. Part of the commitment to perpetual neutrality is the ban on joining military alliances, such as NATO.

A philosophy of "if it ain't broke, don't fix it" may apply here. Austria has enjoyed more than 60 years of stability and prosperity while remaining neutral; so there are no obvious benefits to giving up its neutrality.

Other countries like Poland experienced much more upheaval, and have greater reason to fear Russia; so their governments welcomed the security guarantees offered by NATO.

Because Austria's constitution says it is a neutral country in military terms.

However - that neutrality is only existing on paper if one takes a closer look. Firstly, Austria is part of the EU which has a mutual defense mechanism. If Russia attacked Finland tomorrow, Austria among others will be obliged to declare war on Russia. Secondly, Austria's military forces (Bundesheer) for quite a long time are taking part in peace missions all over the world, from Israel to Bosnia, Mali, and Libya.

The common Austrian as well as most of its politicians are in support of maintaining that "neutrality" while knowing that their country is surrounded by friendly EU partners who are also all in NATO, basically protecting Austria on all sides (yet despite that, Austria still maintains a 6-month conscription service for its young men).

Not the answer you're looking for? Browse other questions tagged nato austria country-neutrality .

11
Can Austria deny non-Austrian EU citizens from taking a job?
5
Why is/was Austria so strict about Google Street View?
6
Is Austria breaking State Treaty?
1
Why did four EU countries break the EU consensus over the US embassy in Jerusalem?
13
Does the display of the Habsburg flag have any contemporary connotations in Austria or Hungary?
12
Why hasn’t Ukraine joined the North Atlantic Treaty Organization (NATO)?
5
If a NATO member annexes territory of a non-NATO state, would its NATO membership be revoked?
0
Why is Cyprus not a part of NATO?
4
Is an attack on the leader of a NATO country whilst outside NATO considered an attack on NATO, and thus a trigger to Article 5?