Does the following table mean that 6 of 33 bills that were passed in that year, originated in the House of Lords? 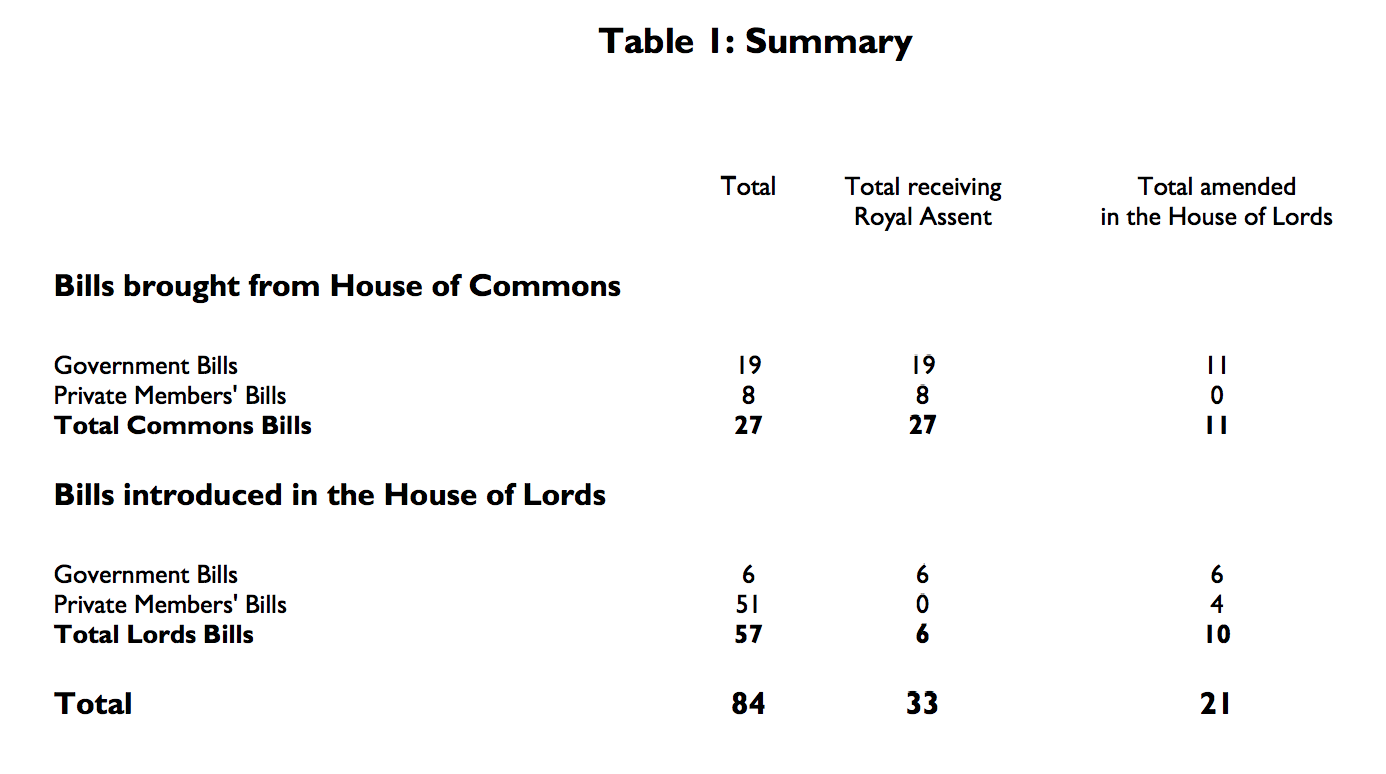 Bills are introduced in either the House of Commons or House of Lords for examination, discussion and amendment.

For example, scrolling down past the first page of the document in the OP, we can see one of the 6 bills introduced in the Lords was the Bus Services Bill, which eventually became the Bus Services Act 2017.

The government must be able to command a majority in the HoC; but it also has a presence in the HoL, through members of the HoL who are affiliated to the governing party or parties. The Leader of the Lords is a Cabinet minister specifically responsible for managing government business in the HoL. (He or she has a counterpart in the HoC, who surprisingly enough is known as the Leader of the Commons.)

Not the answer you're looking for? Browse other questions tagged united-kingdom house-of-lords .