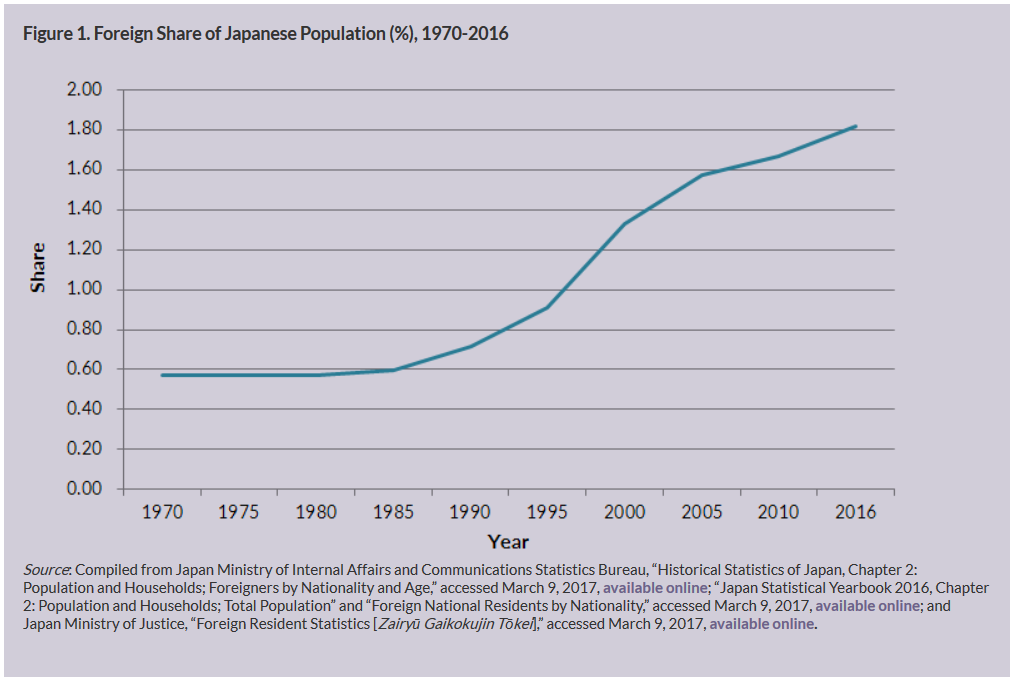 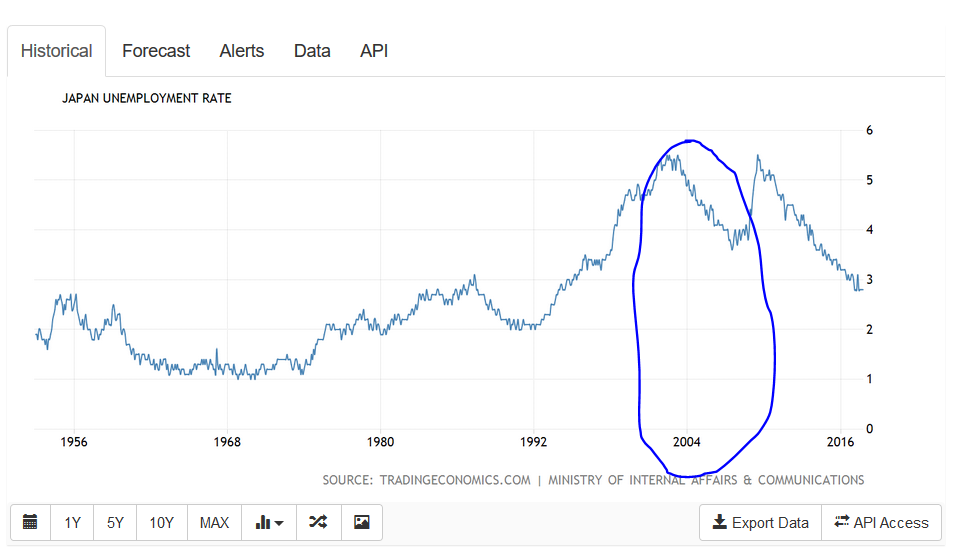 In addition to the answer of @fede, Japanese society will suffer more from its immigration policy just because of its own culture. The personal emotion is usually depressed in Japan, so the Japanese people are not good at social life and the society psychologically does not welcome migrants. It can be reflected from the new immigration policies, which is released in 2018 in a sneaky way. That is, they declared that it was not a immigration policy. Some survey on Japanese university students has reveals that although Japanese become more open to immigration in their speech, but it's not the case in their behavior. Please refer to this article for more details.

Nowadays, the robot techniques have been well developed. There is some voice to advocate that robots can solve the labor shortage problem instead of immigrants. But the solution of robots can only worsen the situation of emotion depression. Immigrants and cultural integration can be a better cure for this eccentric country. One can refer to this article for more details.

13
Why isn't Japan criticized for its refugee policies as much as other developed countries are?
8
Do any countries have a 100% open immigration policy?
3
Does Japan intentionally devalue its exports to the US in exchange for US military protection?
1
How does the opposition to quotas for refugees policies from certain EU countries coexist with the EU "free movement of people inside EU" policies?