Is there a literal nuclear button that launches a nuclear attack?

North Korean Leader Kim Jong Un just stated that the “Nuclear Button is on his desk at all times.” Will someone from his depleted and food starved regime please inform him that I too have a Nuclear Button, but it is a much bigger & more powerful one than his, and my Button works!

So, is there a literal button on his desk that launches a nuclear strike or is a "nuclear button" figurative?

There is no nuclear button. Rather, it refers to the "nuclear football", which is a series of launch codes used to authorize a nuclear strike.

... his tweet referred to the “nuclear football,” a series of launch codes contained in a briefcase that the president must enter in order to authorize a nuclear strike—one that no country has ordered since President Harry Truman dropped nuclear weapons on Japan to force it to surrender in World War II.

Here's a picture of the nuclear football: 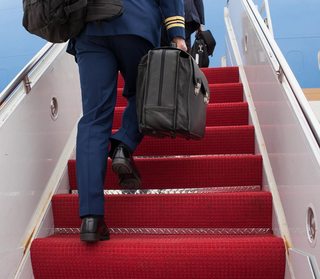 As expected, there is no button either inside the nuclear football, rather, it contains "communication tools and books with prepared war plans".

It's worth noting that the President does have the sole authority to launch a nuclear strike, though the actual procedure is longer.

Not the answer you're looking for? Browse other questions tagged united-states president nuclear-weapons .

18
May the US president launch a nuclear bomb without any oversight on any target?
10
What laws govern the use of nuclear weapons by the USA?

8
Do any treaties include punitive damages from a nuclear attack?
16
Why would North Korea attack the United States or a neighboring country with nuclear weapons?
11
Do countries inform each other about ballistic missile test launches?
1
Is there any consequence to nuclear proliferation to countries?