Is there a country that leans far to the right [closed]

I am curious to know which countries leans far to the right similar to American republicans. I am trying to get an idea of what USA would be like with very few democrats in power.

There's no "right". It's an meaningless vague generic term[1]. Having gotten that off my chest, typically people use "right" in a multitude of meanings, so let's try a couple possibles:

[1]: "US right" (or even "US Republicans") is a loose coalition of different interest groups, some of which hold widely different views on many issues and rarely agree on many specific things wholesale - other than which party they tactically support in a First Past The Post dual-party electoral system.

Oh, and those views also shift with time (As a good example, olden "right" was almost exclusively isolationist, before Teddy Roosevelt's jingoism. Then they were almost exclusively National Security Hawks through 20th century. Up until the rise of isolationism, coming from such mutually incompatible sources within the party as Ron Paul, Pat Buchanan and Donald Trump).

So, you can pick some specific position on a specific issue, but it will not necessarily be a natural representative of "The right".

[2] - not to mention the November the 7th, anniversary of Great October Socialist Revolution.

“The Right” is a very subjective term, and both of the major parties in America are reforming themselves constantly to win over voters as society moves in this direction or that. The center-right platform of George W was different from the populist platform of Trump.

In addition, there are not countries in the world that are as large, multi-cultural, and economically dominant as the US, and each country's unique history and cultural roots further distorts this. You will not find a country that is comparable to “the United States with less democrats”. That said, below are two charts. 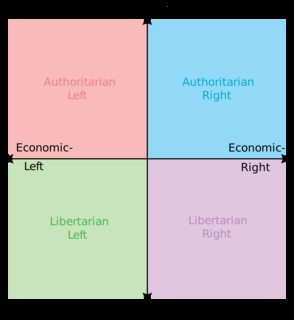 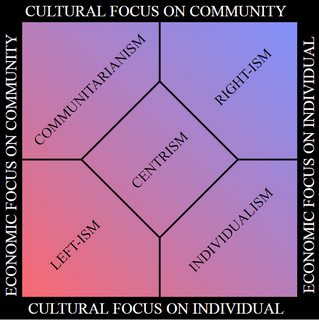 The most ubiquitous of conservative positions is social conservatism, which is often conflated with the dominant religion of the region. For instance, Iranian principlists or the Russian United Russia who each claim the title for their parties of “conservative” and integrate values of their religions, Islam and Orthodox Christianity respectively, into their political values. Opposition to homosexuality and abortion, and support of “family values” are hallmarks. United States conservatives do the same with Protestantism, though to a lesser extent.

If you held a gun to my head and told me to name a country with a dominant conservative party that was most comparable to the US I would say Germany – with the dominance of the CDU (Christian-Democratic Union), though they have with increasing regularity formed coalitions with the more liberal SPD (Social-Democratic Party). But again you're not going to find a country culturally and economically similar to the US with a dominant party similar to the US GOP, as even the DNC would be considered “conservative” by most other western countries.

Not the answer you're looking for? Browse other questions tagged ideology republican-party conservatism .

6
How do people view Putin's statements on gay rights?

11
Is there a study that seeks to quantify left/right bias by gender and country?
18
How does the alt-right differ from the far-right?
4
How does Donald Trump define the word conservative?
31
Is there a term for someone whose preferred policies are a mix of left and right?
5
Have any Democrats embraced any new policies or compromises in an attempt to appeal to conservatives that are unhappy with Trump?
6
Do other nations consider all USA politics to be conservative, and if so why?
8
Why is Republican targeted messaging around socialism effective among immigrants from socialist or formerly socialist countries?