How Many Russian Citizens Live in Crimea?

Noone knows this 100% exactly.

Many people have both Ukranian and Russian passports.

And they will not answer you honestly how many passports do they have.

Russian and Ukrainian governments do not exchange this data between each other.

As mentioned, Russia's policy is to give Russian passports to as more people as possible. Empire buys citizens. And then uses this fact to attack.

I have some friends and also some relatives there.

And as far as I can say, not more then 20% of Crimean people really have Russian citizenship.

But at least 70% support everything Russia do and dislike Ukraine. They are being Russian in their mind. They think that all of their problems are because of independent Ukraine, and they want back to Soviet Union because Russian TV and Media day and night shout out how good it was and how good it would be if USSR was back again. Russia was spending a lot of money to 'hypnotize' Crimean people, Ukrainian security service ignored this fact, and this is the result.. 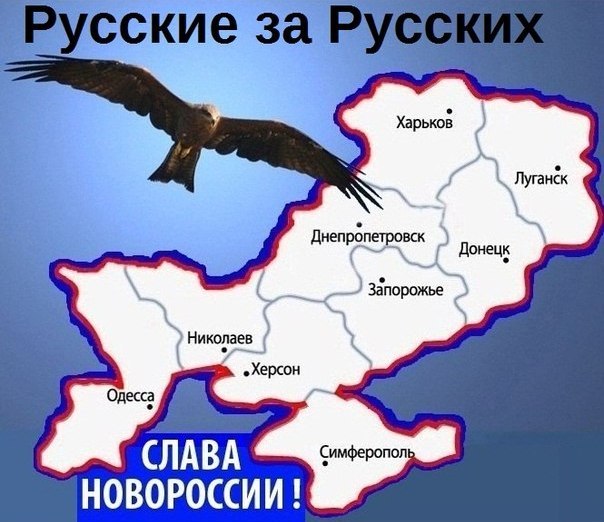 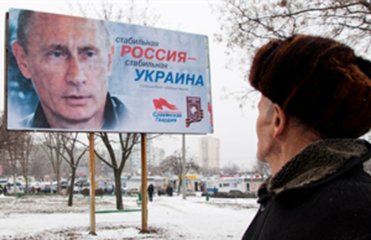 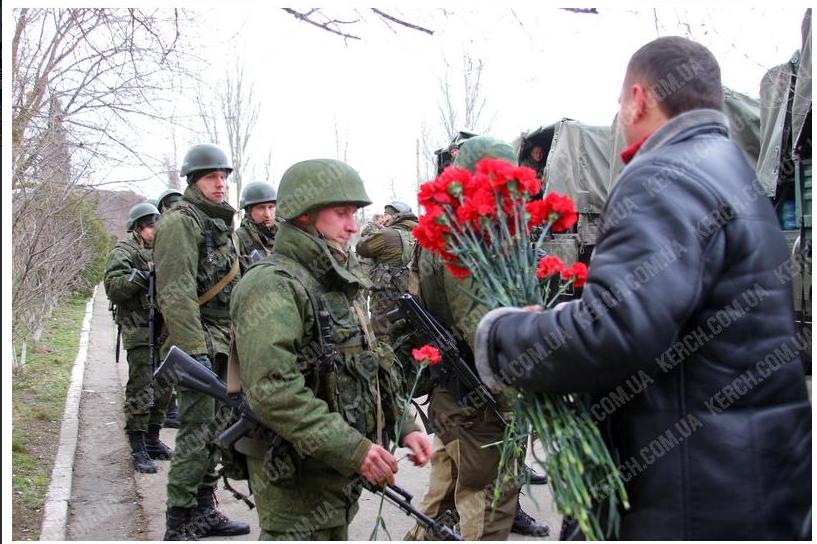 One more new poster from Crimea: 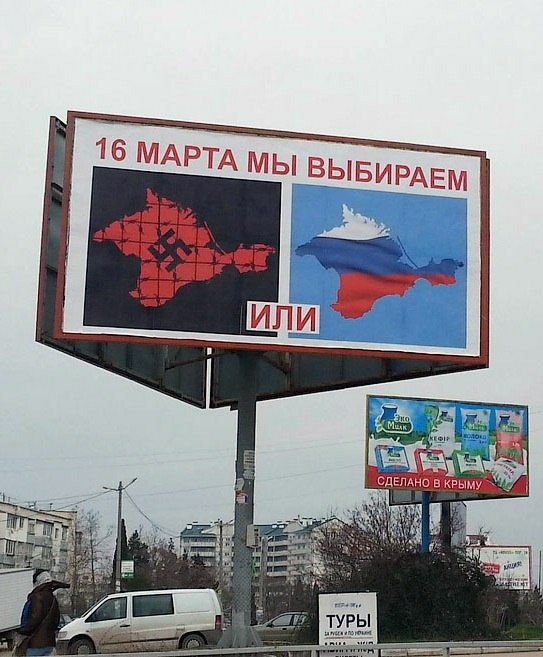 It says: on March 16 we select between this and that.

As lord Churchill said, fascists of the future will call themself antifascists.

Not the answer you're looking for? Browse other questions tagged russian-federation ukraine crimea .

21
Soldiers abroad without identifying marks - Crimea situation
17
How could it happen that Ukrainian soldiers did not try to defend against the invasion?
22
Are there regions within Russia with a majority population that is not ethnic Russian?
1
What's going on in Crimea (Ukraine crisis) in simplest terms?
18
Why would the Russian Annexation of Crimea be illegal?
17
How can EU/USA consider Russian presidential elections legitimate if non-Russian citizens in Crimea will be able to take part in them?
8
Did Putin admit to giving the order to send the “little green men” into Crimea in an interview?
8
Why do Crimeans think so differently of Russia compared to the people of Donetsk/Luhansk?