Does the increased localization of government control provide a solution to the stalemate caused by two party politics?

I was considering posting this in the Philosophy S.E., to ask if this was an example of The Middle Ground Fallacy, but then realized that my context is entirely political.

Much of federal politics in the U.S. today seems to involve the two major parties taking turns undoing the "work" of the previous administration in a seemingly endless exchange of retaliation.

Since 1950, the majority party has only maintained control for at most three terms, and despite the core philosophical differences between each party, there are many common elements that citizens find dissatisfying (Congress as a whole for example): 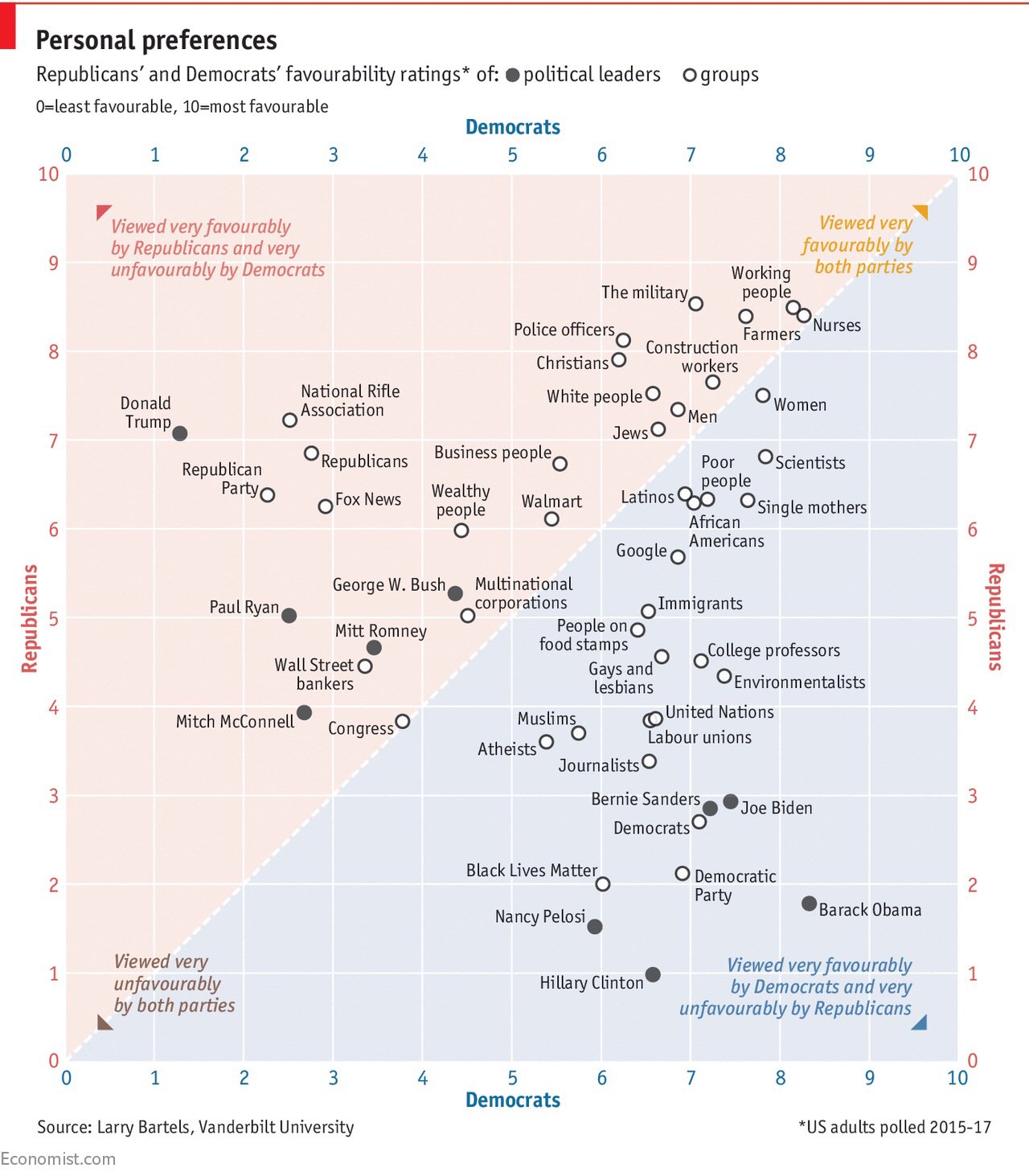 Work done at the University of Toronto found strong correlations between personality traits and political affiliation. And as Jonathan Haidt often points out, citing Jon Stuart Mill, those with whom we disagree are often caricatured and misrepresented. This is because without engaging in deep and meaningful debate, most people start from an emotional premise (based on their temperament) and engage in confirmation bias with post hoc rationalizations in order to defend the emotional premise.

I'm familiar with Federalist arguments for a strong national economy and military, but when it comes to social programs, the prosecution of those who commit victimless crimes, surveillance, taxation, education, currency, etc., would many of the growing tensions between parties be ameliorated if people were allowed to vote with their feet in hundreds of locations instead of merely 50 states? The states themselves are typically controlled by the same two party system and do not offer much outside the status quo.

My pessimistic assumption is that average person is too ignorant or lazy to realize their own irrational condition and subconsciously crave state control, believing that one day their party will reign forever.

TL;DR If we know that people differ in temperament, and most wish to live in environments where state control does not dictate their behavior and forcibly redistribute their resources into programs they abhor, why is secession or at least smaller, autonomous localities not proposed as a solution in mainstream political discourse?

Localization of government control is a partial solution and already provides some ability for Americans to choose the kind of government they want.

However in a country where free trade and free movement of people between different parts of the country is protected by the Constitution, there will always be issues where the behavior of one local government has effects on the ability of people in other areas to govern themselves.

Some issues can be handled locally. If District A wants a well-funded fire department and District B prefers to save money but let some buildings burn, neither district's decision will have a large impact on the other district.

So localization can help with many issues but not all issues.

Firstly it should be observed that the united states has a collections of semi-autonomous states that carry out functions at a local level and distribute the powers as they see fit. Most of these states are governed by governors and have a state legislature that align (at least broadly) with either of the two parties.

What you seem to be proposing is further localising control. So the question is how local does it have to get before members stop aligning themselves with political parties. I don't have an answer to this but i can say that in the UK the penetration of political parties is right down to the parish level where most councillors are also members of a political party. How significant simply being a member of a party is somewhat unclear. It is possible that if the areas seeded they would form their own distinct parties or if the areas were small enough perhaps politicians would work independently of parties.

Why is extreme localisation not proposed as a solution in "mainstream discourse"?

TLDR Localisation poses many problems and the level of localisation required to remove the issue related to party politics/current government structure is likely to lead to more problems than it solves. Additionally, it can't be assumed that similar dissatisfaction will not transfer onto or also be instilled by more local organisations.

Not the answer you're looking for? Browse other questions tagged united-states parties secession local-autonomy .

3
How have greater than two party systems functioned in the past?
13
Does the two-party system influence engagement?
16
Does any research suggest that two-party systems lead to convergence of platforms, divergence, or otherwise?
2
What are the advantages of a two party system vs multiple party system?
8
Why does the US only have two major political parties?
6
Does anyone control the brand name of global parties, such as the Pirate or Green party?
44
Could a US political party gain complete control over the government by removing checks & balances?