Are there written rules regarding redactions in Congressional documents?

Redactions within some of the recently declassified Congressional documents (for example here) are entirely reasonable efforts to protect national security as provided by the Executive Order 13526. However, EO 13526 may not be directly applicable to legislative activities.

So, are there any written rules regarding Congressional documents specifically in regards to the names of authors ? 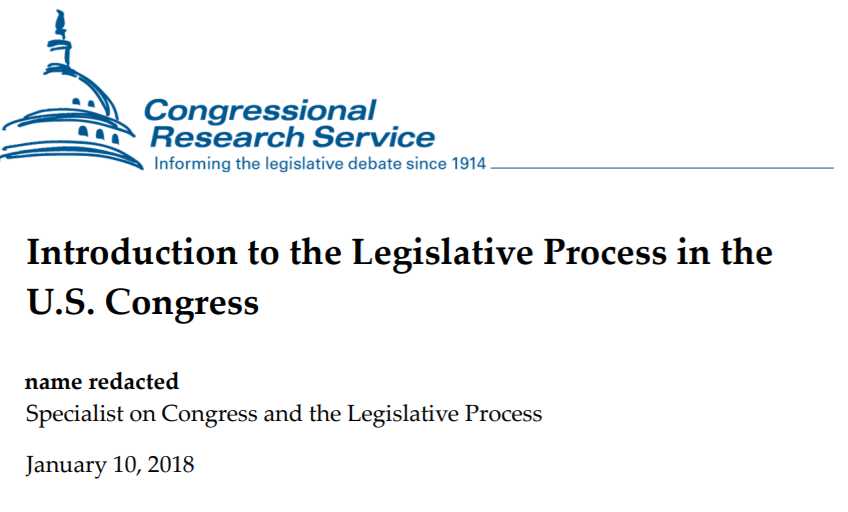 Not only is the author's name redacted but also the names of people that were acknowledged as helping prepare this report. This report appears to be a civics lesson explaining the legislative process, so I suspect that the subject matter itself is not sensitive.

united-states congress
Share
Improve this question
asked May 4 '18 at 15:06

Are there written rules regarding redactions in Congressional documents?

For the House Permanent Select Committee on Intelligence, the rule is shown below. In the part that is emboldened, the sentence "Nothing herein shall be construed as requiring . . ." implies redaction of the items listed is permitted. There is no other mention in the rules that would imply "redaction".

Rules of the House of Representatives

Of the Senate, for certain executive sessions, a resolution is required to "take off the injunction of secrecy" that would allow proceedings (or "any part of the proceedings") to be made public.

So, are there any written rules regarding Congressional documents specifically in regards to the names of authors ?

Will there be any difference between the public and congressional version of CRS reports?

The research and analysis contained in each report, as well as the overall design, will be identical on both the public and congressional versions. The contact information (i.e., email address and phone number) for CRS report authors will be redacted from the public version. The placement of the author information will also be modified on the public version. The congressional version of reports on CRS.gov will have the same full contact information that is currently available.

With reference to the image of the report in the question,

The document you found appears to be a unique in that respect, though it may not have been at the time. The particular document for the image has been updated and the author's name is given. See, Introduction to the Legislative Process in the U.S. Congress. A search of fas.org shows only 21 documents with "name redacted", none of which appear to relate to the author's name.

Here is what I suspect happened to cause "name redacted" to appear on that document.

CRS knew, by late 2017, that it would be necessary to transfer a potentially large number of documents from CRS.gov to a public site after the law was approved. On January 10, 2018, CRS ran a test transferring some documents, including the one shown in the image. That test removed the author information, replacing it with "name redacted", as permitted by the evolving law.

The document was retrieved in May 2018.

Subsequently, the affected documents, those with "name redacted", where replaced with newly formatted or updated documents to meet a September 18, 2018 time constraint for some documents "with a full migration targeted for completion by spring 2019". That the CRS intended to reformat (i.e., change the placement of) the author information in the documents is mentioned in the block quote above.

In other words, the presence of "name redacted" has no special significance.

Additional information is available at CRS Previews Public Release of its Reports, June 22, 2018.

(2) RESPONSIBILITIES OF CRS DIRECTOR.—With respect to each CRS Report included on the Website, the CRS Director shall, prior to transmitting the Report to the GPO Director—

(A) at the discretion of the CRS Director, remove the name of and any contact information for any employee of CRS; and

7
Why are US laws written in such convoluted formats?
4
When the rules are suspended in the house, what exactly are those rules?
3
Where are Congressional hearings anounced
2
How are members of US Congressional committees selected?
9
Rules for New Hampshire's 1845 Congressional election
8
Who (and why) redacts congressional reports and under what authority?
8
Can anyone explain why part of this Classification Designation is redacted?
23
Were Ted Cruz's points accurate regarding the missing Kavanaugh documents complaint being misleading?
2
What are the current House's bill reconciliation rules regarding deficit increases?
1
What did the Trump White House have as written rules regarding mask wearing on WH premises?