A bull with fish-shaped flags drawn by schoolchildren, created by a local council for a cattle industry event, has had two Taiwanese flags painted over by that local council.

I understand why the council did this - not only does Australia conform to the One China policy, but it does not want to offend China, who buys a significant amount of Australian beef. And I get that it's not technically speaking a freedom of speech issue, because the statues are council property.

Some people have seriously suggested that China would actually get offended.

But I'm left wondering if there was a less drastic way of resolving this issue. And I don't mean by temporarily covering up the statues, like was done when the Iranian government visited Italy, but possibly by somehow separating themselves from artworks that are technically connected with the government. Have any governments ever successfully done so?

Not really. In fact, attempts to tamp down speech you don't like using the government has produced poor results in the past. Consider the Streisand Effect, where this happened

It is named after American entertainer Barbra Streisand, whose 2003 attempt to suppress photographs of her residence in Malibu, California, inadvertently drew further public attention to it. Similar attempts have been made, for example, in cease-and-desist letters to suppress files, websites, and even numbers. Instead of being suppressed, the information receives extensive publicity and media extensions such as videos and spoof songs, often being widely mirrored on the Internet or distributed on file-sharing networks.

That picture she wanted gone is now on Wikipedia forever.

More recently, there was the below picture of Liu Xiaobo, an activist in China who was persecuted by the government. These pictures of him with his wife, shared with Western media, seemed innocuous enough 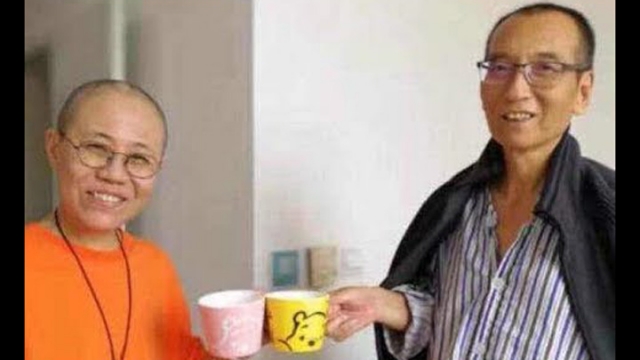 But then it came out that Xi Jinping banned usage of Winnie the Pooh imagery, because he was being compared to the cartoon character. Look at the picture of Liu again. Hey, what's that on the side of their mugs? Heck, they're holding it so you can clearly see what it is.

The more a government tries to suppress free speech, the more it tends to find a way anyways, especially in this day and age of the Internet.

The Rockhampton high school students weren't so much censored as they were edited, the same way a commercial artist's or photographer's work might be cropped or changed by an editor. The main difference is that commercial artists may get a kill fee, but the students won't.

1
Freedom of speech and the N-word
2
What is Trump's official line on Freedom of Speech?
2
What is 'critical theory' in terms of restriction of free speech?
50
Why is Poland's proposed Holocaust speech law so controversial?
36
Freedom of speech and where it applies
12
Can US Congress members be (successfully) sued for defamation?
21
What actions have governments critical of Macron's response to the murder of Samuel Paty called for?