Does Japan have any military?

I know their military was defeated in World War II, but do they have an army today? Did Japan ever regain any military force? I'd think they'd at least have a police force.

Yes, Japan has a de facto military known as the Japan Self-Defense Forces and they have a Ministry of Defence. Although this is not considered exactly the same as a regular military, since it developed as more of a police force or national guard, it is a relatively formidable conventional army. Japan's military spending is regularly one of the highest in the world in absolute numbers, though is a lower percentage of GDP than many countries.

Various legal, political, and social pressures push Japan to maintain a defense-only strategy for the forces. But Japan has deployed the self-defense forces for various relief efforts around the world. It also relented to US pressure and deployed a limited number of soldiers to Iraq in 2004.

The boundary between "domestic defense & rescue force" and "military armed forces" is to some extent branding and attitude, rather than anything objective. For example, these are members of the Japan 22nd Infantry, on a training mission: 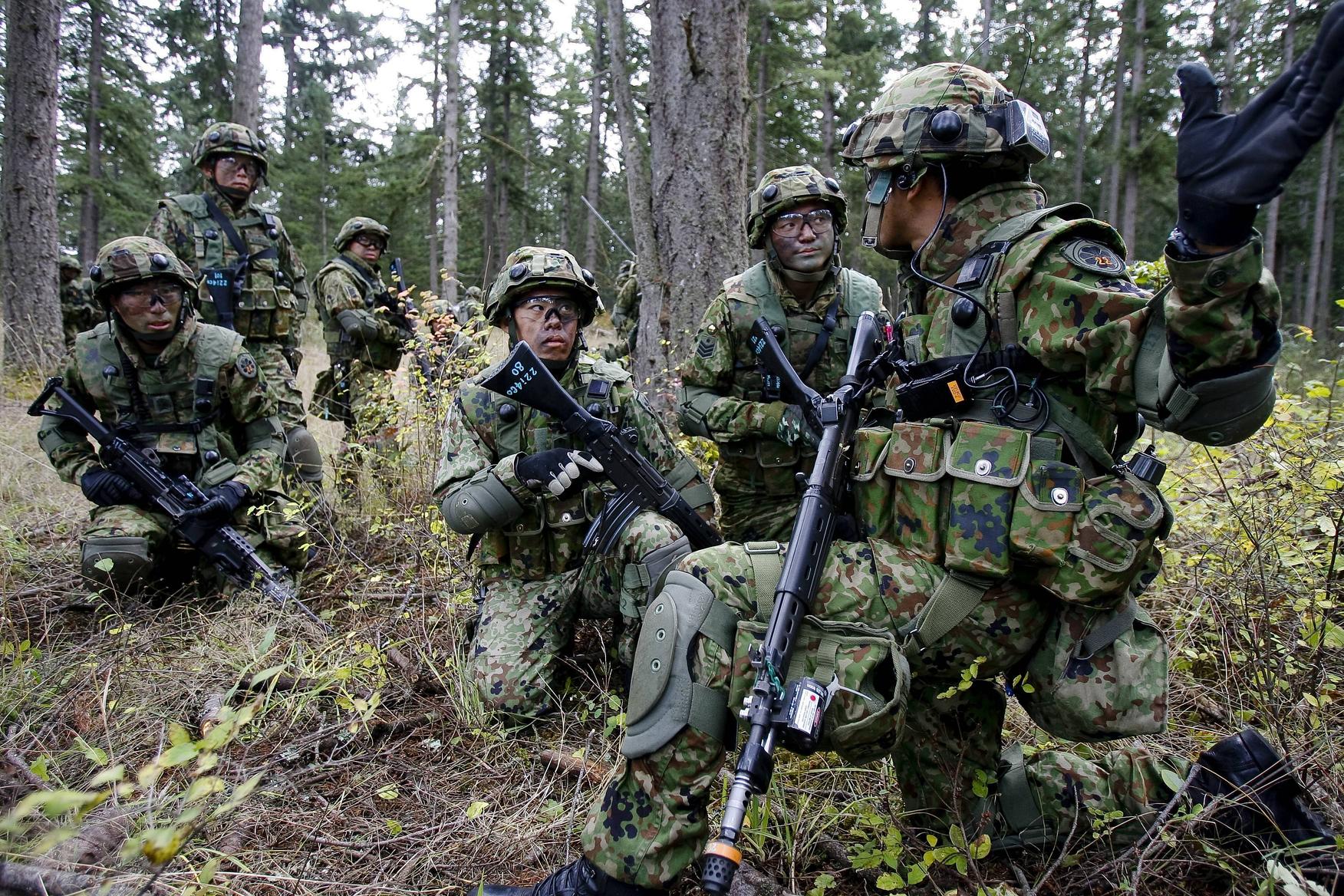 Those sure look like soldiers, based on the intuitive reaction rather than a formal definition.

Note that Japan's lack of an official military is largely self-imposed and self-maintained. The US wanted Japan to arm up further as a counter-weight to the USSR, then to the PRC. Japan was criticized (unfairly) for not contributing soldiers to Desert Storm, 1991 (though they did cut a substantial check).

Japan does not have nuclear weapons. Although some notables, such as Ichiro Ozawa, have urged development of a nuclear arsenal, this is probably not likely to happen in the foreseeable near-term.

Not the answer you're looking for? Browse other questions tagged military japan .