Would a deontological-consequentialist 3rd axis on the Political Compass be informative? [closed]

A political spectrum is a system of classifying different political positions upon one or more geometric axes that symbolize independent political dimensions. - Political Spectrum - Wikipedia

The Nolan Chart is a political spectrum diagram. The chart divides human political views into two vectors—economic opinion and personal opinion—to produce a type of Cartesian chart. It expands political view analysis beyond the traditional "left–right" line, which measures politics along a one-dimensional line, into a graph with two dimensions: degrees of economic freedom and personal freedom. - Nolan Chart - Wikipedia

The Political compass (much more popular) is the Nolan chart rotated 45° clockwise and flipped vertically. 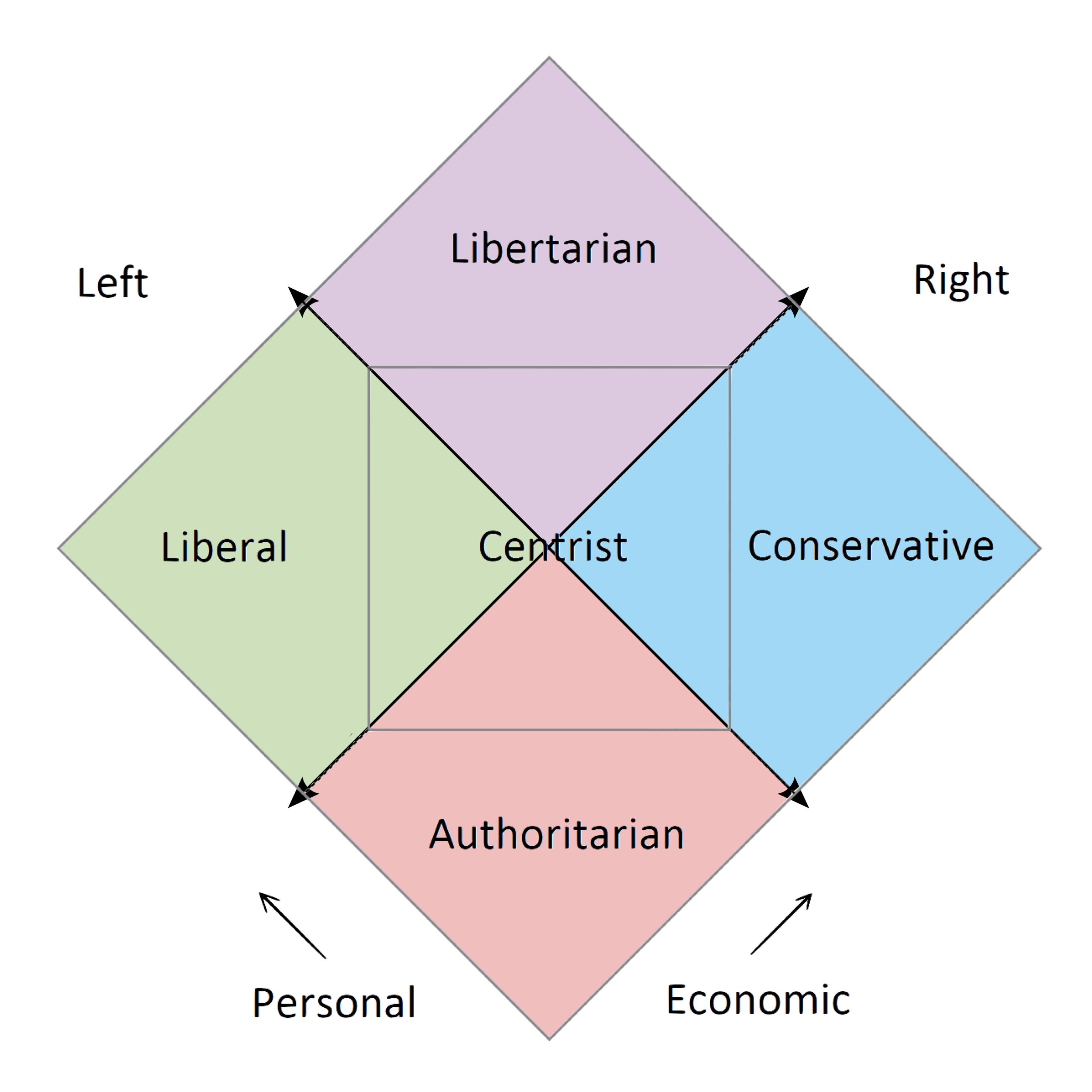 Is it true that radicals and reactionaries, falling on the edges of the compass, are the most deontological? And that centrists are the rational consequentialists? Is there a correlation? Or is it more complex and thus a 3rd axis would be informative?

it seems to me that "radicals" and reactionaries (would fall on the edges of the chart/compass) are the most deontological. [i.e. rule or duty based]

and that centrists are the most (rational) consequentialists.

is the correlation more complicated than that and thus a 3rd axis would be useful?

It would not be useful, because this presumes that people tend to have coherent deontological v. consequentialist ideologies.

In my experience, people do not have coherent ideologies in this regard and instead take different approaches on a case by case basis as it suits them without even realizing it.

In general, a deontological v. consequentialist ideology distinction, like distinctions between views about the political process, are almost always subordinate to other considerations which are reasonably well reflected by the existing two axes of the Political Compass.

Not the answer you're looking for? Browse other questions tagged political-theory political-spectrum .