Is there any incentive for China to sign a bilateral protection pact with Pakistan?

Chinese President Xi Jinping said on Saturday that China would continue to support Pakistan in safeguarding national independence, sovereignty and territorial integrity, and support Pakistan to choose its own development path.

Is there any incentive for China to sign a bilateral protection pact (like the USA has with Japan or Korea) with Pakistan?

It would be a really bad idea for China to do that because it opens up the door to war with India which would be devastating for both countries. In the past when India and Pakistan have gone to war China hasn't stepped up and helped Pakistan precisely because it wants to avoid a catastrophic confrontation with India. China's focus is on its economy. War is not good for the economy.

As for China's deepening involvement with Pakistan that is designed to create an alternative trade route for its western regions. However, as things stand today China-India trade is over a $100bn annually which dwarfs China-Pakistan trade. No way is China upsetting that apple cart.

The two countries dispute territory. The yellow areas are all disputed. Maps in India and China each show the Pradesh territory as part of their own country. Interestingly, Google Earth shows a different border line on this territory depending on where the user is. In the Sino-Indian war, in 1962, Pakistan verbally supported China. 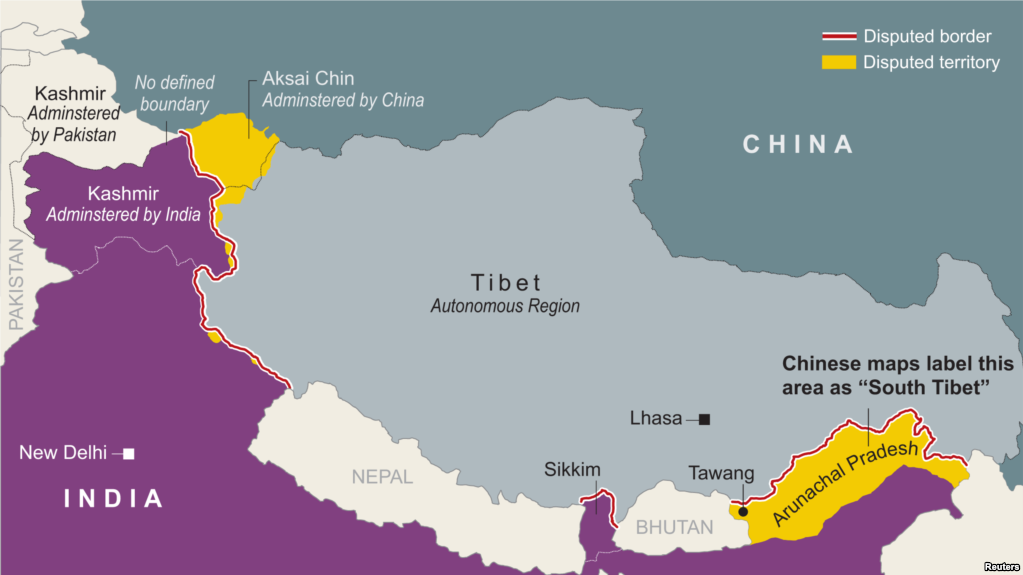 So having the largest nation, Pakistan, on India's other side as an ally has advantages. What if in the future China shut off certain trade to India? Having other neighboring countries on their side would help.

Secondly, Pakistan has made an effort to be friendly to China for some time. The two countries have a lot of trade. China's main cotton source was Pakistan for a long time.

1
Why doesn't Pakistan have any strong cooperation with Turkey like China?
9
Is there a term limit for prime minister of Pakistan?
14
Why would California sign an agreement with China?
6
Why do Pakistan and China maintain LOC, and LOAC with India respectively?
1
Is there any diplomatic or strategic hurdle from Russian part regarding arms sales to Pakistan?
5
Why didn't Pakistan face any sanction from the USA for sheltering Osama Bin Laden?
3
Why couldn't India take any action on Pakistan for alleged perpetration of several terrorist attacks?
1
Is there no legal protection against racial discrimination in China?
2
Why is Pakistan eager to strengthen bilateral ties with Bangladesh?