What form of government does StackExchange resemble?

It's not representative democracy, because the decisions are taken by the entire community, but they are weighted :P

The closest one that comes into my mind is the "Venus project" :)

I would say it resembles a meritocracy of a consultative nature. The more reputation you have (the more merit), the more influence.

A new user with 1 rep can neither vote nor comment. All they can do is ask and answer questions, so they have no decision influence whatsoever. As reputation increases (ultimately as decided by the community), users get more and more power. This only breaks down when it comes to ♦ moderators, which are elected — but again, only by users that have proven their merit by earning at least 150 reputation.

Edit: as pointed out in comments and other answers, finally the community power is only of a consultative nature. The owners can choose to follow recommendations or not. They usually do, but ultimately, true power is with the SE company. Nevertheless, as long as the company listens to the community, people in the community still have influence, which is quite similar to power.

Power in Stack Exchange is not held by its users, but delegated to them by the owners of the SE network - for example, the users are afforded no formal mechanism by which to change the "constitution" or rules by which SE sites operate, or to decide, for example, to open source the code on which the sites run.

In that respect it could be said to resemble a form of Executive Monarchy in which power is technically wielded by an absolute ruler (who chooses not to exercise all of their power directly).

Alternatively, one could consider the mechanisms by which SE sites operate as analogous to physical laws, in which case the owners of the SE network are effectively deities, able to change the nature of the universe by fiat.

That, I think, would make the technical staff angels, and moderators a kind of priesthood, responsible for interpreting divine law, and mediating between the mortal realm and the heavens.

Since there are, however, some democratic (or meritocratic, as suggested by @gerrit) elements to the governance of this mortal realm - election of moderators, and so on - one model to which SE could be said to bear a slight resemblance is the Democracy/Theocracy amalgam of Iran (with, admittedly, many differences, not least of which is that Wikipedia does not appear to be contemplating an invasion of SE to prevent us from getting nukes).

It's some kind of voluntarism (anarchy), because you are not enforced to become StackExchange member. You become a member and accept rules on contract. If it was a democracy or any other form of non-voluntary government you would be involuntary member from the day of your birth.

So, despite some good observations it seems that everyone missed this point. 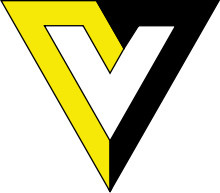 Let me make something incredibly clear up front: While I come across as rather angry, I'm not. I'm very happy with the way the SE network is run, and while I disagree with SE on many things, we've agreed to bury the hatchet because the bickering is not productive if it goes on for months at a time.

As a friend of mine just pointed out, it's technically a form of Despotism.

Stack Exchange, Inc has the final say in everything that goes on in this site. Here is why I say that:

So in some ways, it's a meritcracy. In some ways, it's a democratic republic, since we have a constitution (as encoded in the FAQ of each respective site, and enshrined in Meta.StackOverflow). But when you get down to it, all this exists at the whim of the "dictators", SE, Inc.

It's a mixed / hybrid goverment, integrating elements from almost every one of the basic forms of government.

At the heart of Stack Exchange communities there is a token economy, the reputation system, which allows for a certain degree of self governing, a trait that points to meritocracy and timocracy. It's also a trait that, if left unchecked, may (and have in isolated instances) lead to plutocracy.

There are also strong democratic elements, the Meta process resembles a deliberative assembly1, and has at times been used to define policies, hold referendums, and protest decisions. The election of community moderators, representatives of their respective communities, is also a deeply democratic process.

Network wide, each Stack Exchange site has a degree of autonomy, and per site Metas can be considered a form of local assembly, with Meta Stack Overflow being a grand assembly (of sorts). This arrangement is skewed in favour of Stack Overflow and the larger sites of the network in general, due to various historical and practical reasons2, and it's a bit reminiscent of a commonwealth, or perhaps colonial structures, such as internal colonialism and neocolonialism.

1 ...or a Roman Arena, depending on perspective.
2 Population, for example.

4
What is Hong Kong's form of government?
3
What are the most basic, yet distinct forms of government?
2
Is there any term/discussion on a democracy that allows earning of extra votes?
10
Successful non-democracies?
3
Atlantean Form of Government
6
Why didn't Orestes Brownson think that the "American form" of government is a "Mixed Government"?
14
What is a simple concise way to explain the difference between socialism and communism to others