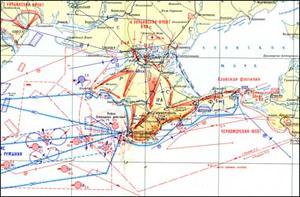 3
How exactly Russia benefits from recent terrorist strikes in Brussels?

30
What plans do European countries have if Russia closed gas pipelines to them?
4
Can French President decide the recognition status of another territory/state?
12
Why hasn’t Ukraine joined the North Atlantic Treaty Organization (NATO)?
9
Is Vladimir Putin surrounded by yes-men?