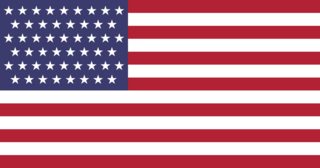 12
If Puerto Rico votes to become USA's 51st state, what effect would it have on Spanish being the primary official language?
35
If Puerto Rico becomes the 51st U.S state, would the U.S flag be altered to include 51 stars?
10
Who decides which US Flag design will be used when additional states are admitted?
27
Why would people protest the Puerto Rico statehood referendum by boycotting?
5
Why does Puerto Rico have representation in the house, but not in the senate?
5
Is there precedent for Puerto Rico being admitted as state with such high levels of internal disagreement?
13
What are the possible downsides for Puerto Ricans if Puerto Rico becomes a state?