Why do countries oppose IMF's proposed reforms if those reforms are beneficial?

Why do IMF's reforms occasionally damage the economy (Egypt)?

If reforms have chances of damaging countries, why do IMF propose reforms in their own terms?

One reason is that IMF reforms are often ill advised and not beneficial, and often the proposed reforms implement policy changes that activists in donor countries desire at home, rather than addressing what is really needed locally. As Wikipedia in the previous link explains:

The IMF has been criticised for being "out of touch" with local economic conditions, cultures, and environments in the countries they are requiring policy reform. The economic advice the IMF gives might not always take into consideration the difference between what spending means on paper and how it is felt by citizens.

Jeffrey Sachs argues that the IMF's "usual prescription is 'budgetary belt tightening to countries who are much too poor to own belts'". Sachs wrote that the IMF's role as a generalist institution specialising in macroeconomic issues needs reform. Conditionality has also been criticised because a country can pledge collateral of "acceptable assets" to obtain waivers—if one assumes that all countries are able to provide "acceptable collateral".

One view is that conditionality undermines domestic political institutions. The recipient governments are sacrificing policy autonomy in exchange for funds, which can lead to public resentment of the local leadership for accepting and enforcing the IMF conditions. Political instability can result from more leadership turnover as political leaders are replaced in electoral backlashes. IMF conditions are often criticised for reducing government services, thus increasing unemployment.

Another criticism is that IMF programs are only designed to address poor governance, excessive government spending, excessive government intervention in markets, and too much state ownership. This assumes that this narrow range of issues represents the only possible problems; everything is standardised and differing contexts are ignored. A country may also be compelled to accept conditions it would not normally accept had they not been in a financial crisis in need of assistance.

On top of that, regardless of what methodologies and data sets used, it comes to same conclusion of exacerbating income inequality. With Gini coefficient, it became clear that countries with IMF programs face increased income inequality.

It is claimed that conditionalities retard social stability and hence inhibit the stated goals of the IMF, while Structural Adjustment Programs lead to an increase in poverty in recipient countries. The IMF sometimes advocates "austerity programmes", cutting public spending and increasing taxes even when the economy is weak, to bring budgets closer to a balance, thus reducing budget deficits. Countries are often advised to lower their corporate tax rate. In Globalization and Its Discontents, Joseph E. Stiglitz, former chief economist and senior vice-president at the World Bank, criticises these policies. He argues that by converting to a more monetarist approach, the purpose of the fund is no longer valid, as it was designed to provide funds for countries to carry out Keynesian reflations, and that the IMF "was not participating in a conspiracy, but it was reflecting the interests and ideology of the Western financial community".

For example, many economists (not a consensus, but either a plurality or a large minority) argued based upon economic theory that a large share of the incidents of the December 2017 corporate tax cuts in the U.S. would benefit workers and consumers, rather than shareholders, but in practice, that didn't happen. 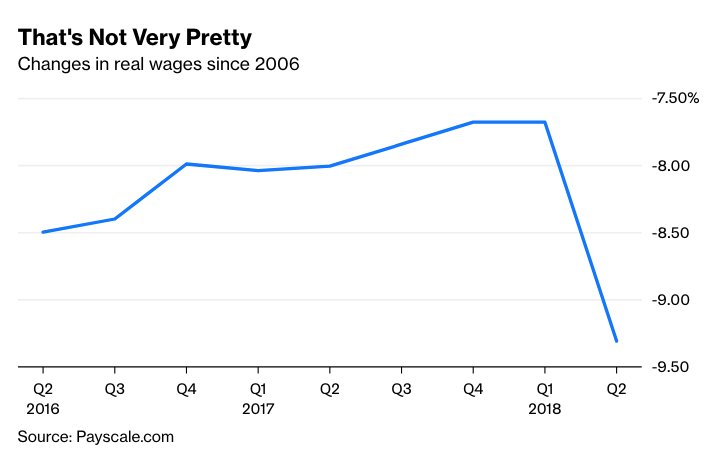 Another problem is that many countries assisted by the IMF are non-democratic or have seriously flawed democracies in which the political interests and incentives of the people dealing with the IMF on behalf of the government do not have the economic growth of the country as a primary goal.

Still, even in a functioning democracy, the IMF reforms often involve short term sacrifice in exchange for long term growth, and the IMF's time horizon is often longer than that of the people running the government.

In general, every domestic policy gets there historically for an important local reason, and if the "reform" changes a policy without addressing the problem that the reformed policy was meant to address (which is often the case), then the change will be resisted.

But, the IMF is rarely sensitive to this reality, because its goal is to make the people who control the purse-strings of its donor nations happy (people whose views are often themselves removed from general public opinion in donor countries themselves).