Do people with Asperger's tend to be more conservative?

There is a study "Empathy and Political Preferences", which finds a relationship.

More empathic individuals are more likely to identify with and vote for parties of the left.

One trait of people with Asperger's is a reduced ability to empathise with others (compared with a neurotypical baseline) the implication of this finding is that there would be a relationship between a measure of empathy and political identification: 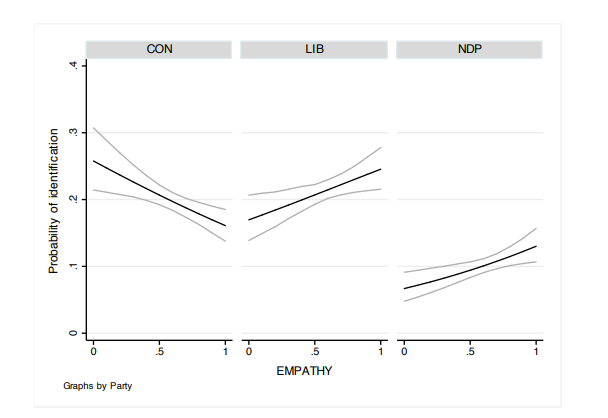 There is some evidence that, while people with Asperger's can be highly committed, either to the right or the left, they are less likely to successfully enter politics. The selection and election mechanisms tend to favour neurotypical candidates.

One feature of Asperger's syndrome is a reduced ability to "see the world from another person's point of view", and a tendency towards "black and white" thinking. This can make it hard for a person with Aspergers to find validity in a person having differing political points of view.

Not the answer you're looking for? Browse other questions tagged parties ideology conservatism .

6
How can an American conservative attempt to conserve a radical American founding?
9
Why can't I register with multiple political parties?
3
Is there any self-professed conservative transhumanist?
2
Do people who self-identify with the term 'social justice' tend towards respect for the individual or for the collective?
13
What are the legalities of forming a party with a misleading name?
4
Do laws prevent a candidate from choosing a particular party affiliation?
12
Where can I find official reasoning for political stances?
7
How does Donald Trump define the word conservative?