Are there any longitudinal studies measuring generosity over time in America?

I am primarily looking for changes over decades, as I want to compare it to other trends that I suspect of taking place over that time frame.

The answer can well depend on the time frame. But some recent trends: 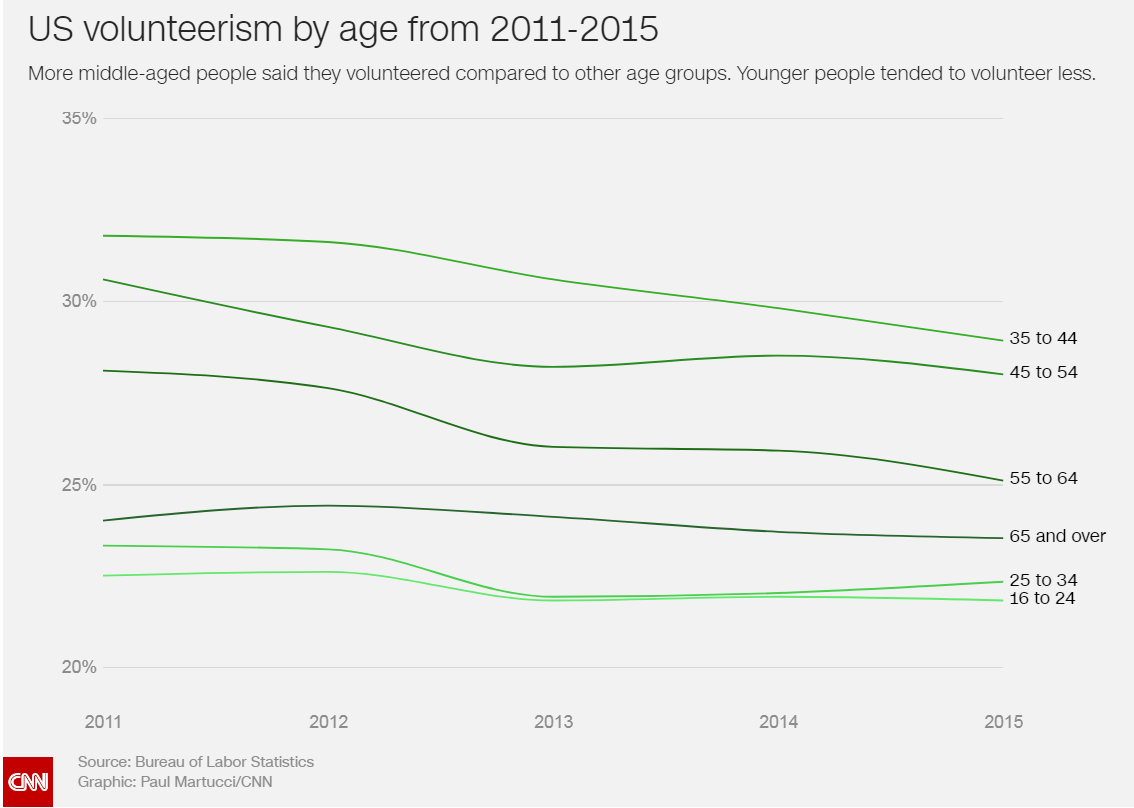 each year after 2000, charitable giving increased by one or two percentage points until 2008, when the recession started and contributions began drying up. While much of the decline in charitable contributions can be linked to shocks in American’s personal finances, that’s not the entire story. By 2012, many had experienced a partial recovery, yet the likelihood of giving to charity kept falling, declining by 6 percentage points compared to 2000 (after controlling for factors such as wealth and income). This provides evidence that forces stronger than individual circumstances drove the decline in giving, says Jonathan Meer, the lead author of the study. “It could be that the uncertainty from the Recession has had a lingering effect. Giving tends to be habit-forming,” Meer said, pointing out that the Great Depression made many people more frugal long after the economy had recovered.

So the recession appears to have had a deeper psychological impact on generosity, which has to rebound.

20
Can an 11% minority actually pass a Constitutional amendment?
13
Does association of age to political party imply changing of political affiliation as one ages?
19
Long term, does Trump's wall cost more than it saves per year?
4
Are there any statistics / studies to prove that Fox News is putting on more Democrats than Republicans?
2
Is there a longitudinal survey of US public attitudes toward the perceived "dual loyalty" of immigrants?
33
Why are legal decisions in the US so politicized?