How do Google Trends results correlate with the actual party support?

Has anyone studied the correlation between party support in elections and Google Trends results? What is the conclusion? Especially I'm interested in the situation in Finland. 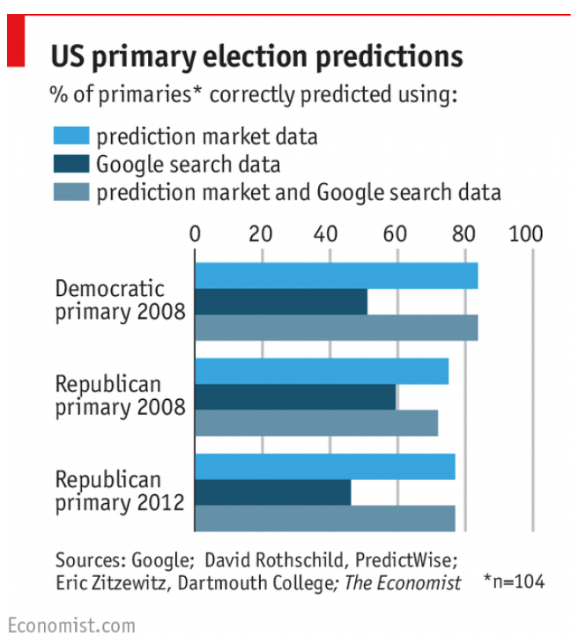 You'll want to read the methodology, it's a bit too long to paste here. In summary:

The prediction-market [Intrade] figures did exceedingly well, calling the victor correctly in 91 of 107 races. In contrast, the Google-based probabilities picked the right winner only 59 times (see chart). [...] However, it appears that Intrade punters were already fully aware of all the knowledge provided by Google—either because they were in fact using Google data to inform their wagers, or because other sources they relied on contained similar information. The log likelihood (LL), a measure of how closely the estimates made by a logistic regression fit actual results, of the Intrade numbers by themselves was -86.70. The LL of a combined model, which represents the most accurate possible blend of the two data sources, was a virtually indistinguishable -86.52. And the output of the two equations was practically identical, suggesting that the regression was ignoring the Google numbers entirely because they made no additional contribution to Intrade’s accuracy.

Note that it's based on specialized version of the Trends, which look like: 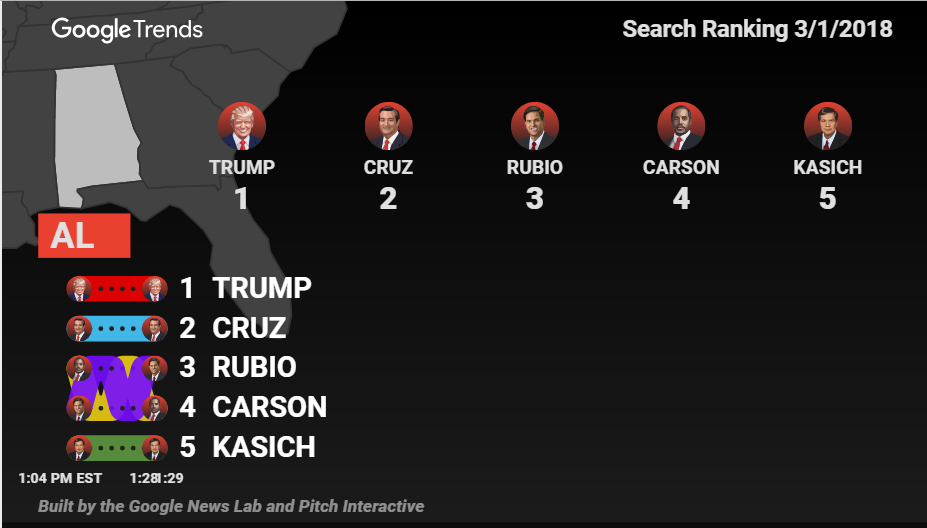 There's also a paper by some Greek computer scientists on predicting the German elections. (prolly because their own elections don't seem to matter much anymore, heh.)

They claim better results, but the rub is that they need to do some (manual?) data scrubbing, e.g..

around the 12th of September, the WI of the word "Steinbruck" presents high variation that is not followed by a similar variation of the WI [Web search Interest--reported by Google Trends] for the name of the leader of the competitor party. On that day, the leader of the SPD gave an interview to the national ARD TV channel and that was the main reason for the significant variation of the relevant WI. This event did not include a representative of the rival party therefore the significant increase of the WI for "Steinbriick" does not necessarily reflect the willingness of potential voters, who seem to search for this term more out of curiosity about what happened in the specific event and less because they really want to vote for the relevant party. Therefore an adjustment is required to the input data set of the algorithm in order to eliminate the noise generated by this event. According to this logic, the WI values for the name of that leader around the TV show dates are ignored. Figure 5 shows the actual WI and the WI after the adjustment. 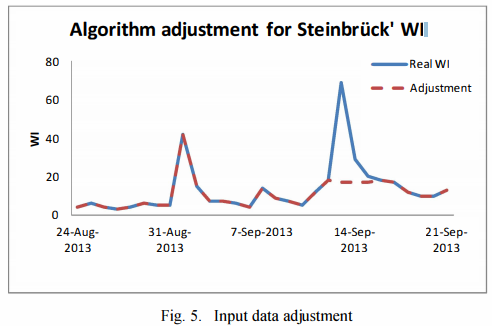 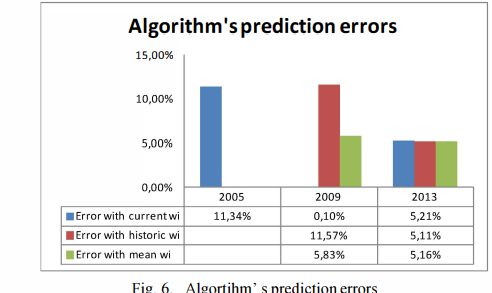 I'm not aware if anyone tried to replicate this method with other elections/countries.

I could not find a study about the correlation between Google Trends results and actual party support, but found an article about how Google Trends and campaign concepts might lead to increasing of party/candidate support:

According to Google, the top issue in 2016 hasn’t been the economy, income inequality or even race relations; it’s been immigration.

When the voters have chosen a dominant issue in an election cycle, the political environment is primed for a hardline candidate who can take advantage. This is often accompanied by intense media coverage. During the summer of 2015, immigration had a run of 17 consecutive weeks on top; at the same time, Trump entered the race and made immigration the hallmark of his campaign.

Google Trends is just a good sample of search data that shows the interest in some topic:

Trends data is an unbiased sample of our Google search data. It’s anonymized (no one is personally identified), categorized (determining the topic for a search query) and aggregated (grouped together). This allows us to measure interest in a particular topic across search, from around the globe, right down to city-level geography.

In order to assess the support (positive feeling towards the party/candidate), I think this data should be augmented with sentiment and emotions analysis.

So, my feeling is that a direct correlation is quite improbable, but it might be a correlation between a campaign concept such as immigration, taxation, environmental issues etc. raising in trends and the same concept being used by the political party.

Not the answer you're looking for? Browse other questions tagged election parties statistics .

2
Does campaign spending correlate with popular vote?
8
What is the typical error in large vote counts?
10
What has divided the country so severely since Bill Clinton's election?
1
Is there a website that breaks down the 2012 presidential election results by congressional district?
12
What are the legalities of forming a party with a misleading name?
8
How does the discrepancy between exit polls and results in recent US elections compare to pre-electronic machine margins?
3
What was the correlation between a US state's Hispanic population and two party vote share for Hillary Clinton?