Why are budget categories often in relation to GDP?

I've just watched "tagesschau" (the most important German news) and saw this: 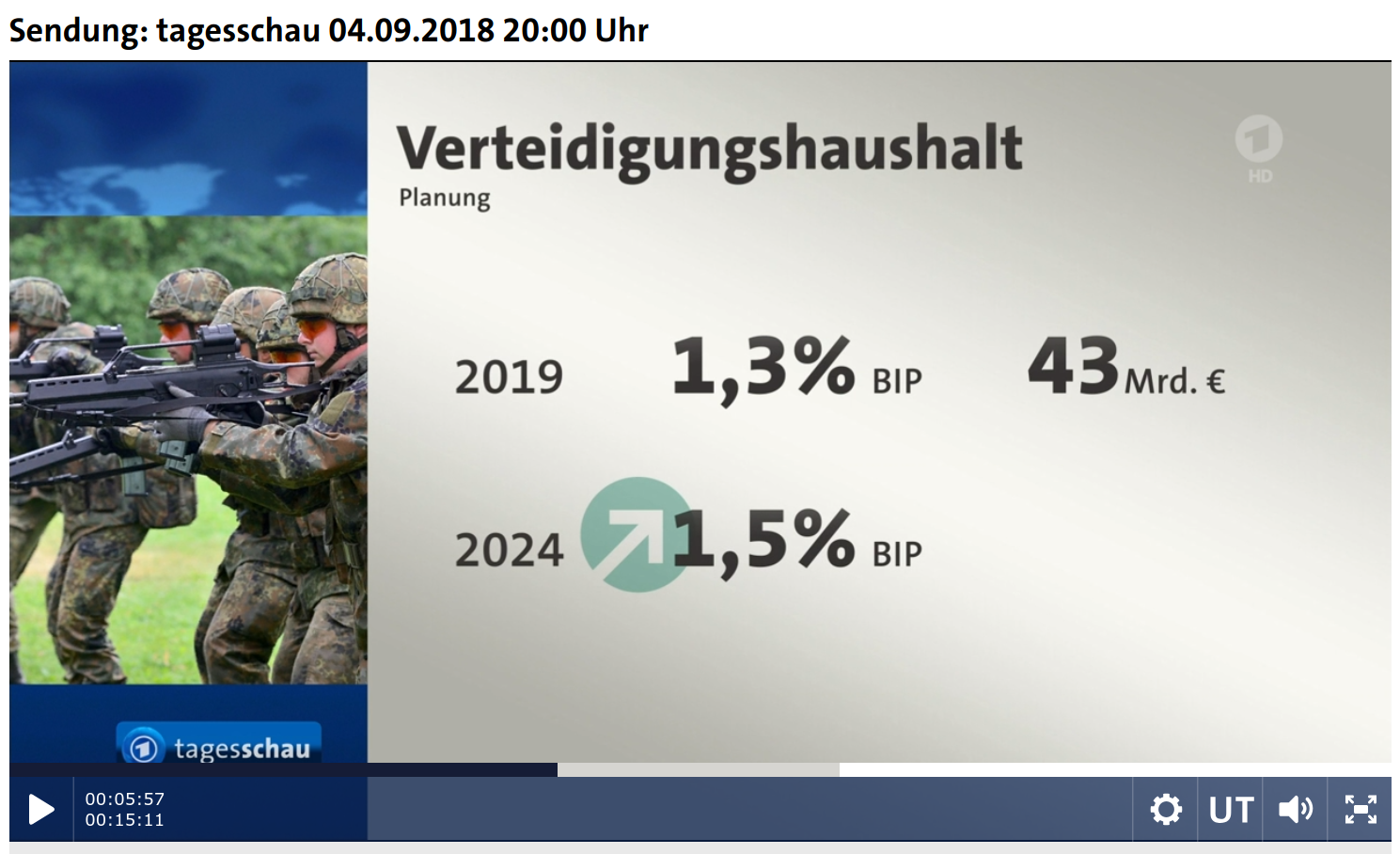 BIP = GDP. It is showing the planned defense budget of Germany.

Why are budget categories compared to GDP? Why are they planned in percentage of GDP? Shouldn't they be planned as a percentage of the budget?

This is not only done in Germany, but also in the US (example - but at least this one has the relation of the budget to GDP).

Military expenditures are measured relative to both, depending on a context.

However, in the context of politics, measuring vs. GDP makes sense if you had to pick only budget or GDP for comparison:

There is no hard rule that spendings must always be compared to the GDP. Depending on what you are looking for, it may make sense to compare defence spendings to the population, or the country’s land area, or indeed to the budget total. It may also be better to look at absolute numbers in some cases, possibly corrected for inflation.

The likely reason for Tagesschau choosing to present the numbers as a percentage of the GDP (in addition to the absolute) is that the NATO members, which include Germany, have agreed to aim at spending at least 2% of their respective GDP for defence. Quite a few members are well below this target, and that state of affairs was heavily criticized by the US in the past months. It is therefore highly relevant that the percentage is planned to increase, but still fall short of the target.

Measuring expenditures as a percentage of GDP means that the "target is moving" when the economy grows or shrinks or if there is significant inflation.

This can lead to the strange effect that an expenditure may grow both in absolute terms and adjusted for inflation, but the GDP percentage goes down if the GDP grows even more strongly. This may be a desired effect, or not. As user4012 pointed out in his reply, a GDP percentage is a good measure of the commitment of a society, assuming that there is no limit on useful defense effort in absolute terms. (Germany has a problem to manage defense projects fast enough to spend all the money it allocates to defense right now ...).

Not the answer you're looking for? Browse other questions tagged united-states germany budget .

4
Is it possible for an EU country to incorrectly report annual deficit in order to obey Maastricht Treaty threshold?
7
Why was the GDR not a lawful successor to Nazi Germany, along with the FRG?
11
Why would Trump call out Germany saying they owe the US and NATO 'vast sums' of money for defence?
7
Why are the G20 summit protests in Hamburg so violent?
7
Why are US nukes still stationed in Germany for use by German pilots and not French ones?
24
Why does Germany have such a rather small defense budget?
2
What is the domestic background to the new Swedish defense budget?
17
Why are German local authorities taxing DoD employees, despite the protests of the US and of the German federal government?
40
Why does the USA have such a large military?